For The Braves’ first 25 years in Atlanta, the team was the worst in baseball — but that all turned around on Oct. 28, 1995. On that October day 27 years ago, The Braves won the World Series, becoming the first Georgia sports franchise to secure a major world championship. During this time, the team also won 14 consecutive division titles and five National League pennants.

On to other news around the city: 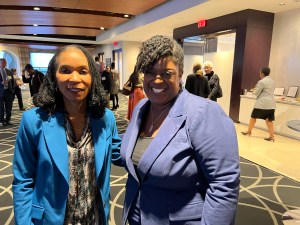 Spelman President Helene Gayle stands with Lisa Herring, superintendent of Atlanta Public Schools, at the reception in her honor. (Photo by Maria Saporta.)

Alston & Bird held a “Presidential Meet and Greet” reception Oct. 25 in honor of Helene Gayle, who recently returned to Atlanta to become president of Spelman College.

The reception included numerous Spelman alumnae as well as current and former members of the Spelman board.

Janine Brown, Alston & Bird’s partner in charge of the Atlanta office, hosted the reception on the 50th floor of One Atlantic Center. Brown also serves as a Spelman trustee.

Roz Brewer, chair of Spelman’s board and CEO of Walgreens, shared a video message before Gayle shared a few comments with the folks at the gathering.

“I’m so happy for this warm welcome back in Atlanta,” said Gayle, the 11th president of Spelman. “It really did feel like a call to come back home. Spelman is the right place at the right time for me.”

Gayle has spent most of her professional career in Atlanta in three different roles – at the CDC, as CEO of CARE and now Spelman. But she lived outside of Atlanta in between each of those roles.

During her remarks, Gayle said she’s always been driven by wanting to change the world for the better. Now, she feels that Spelman is the place where she can contribute the most. 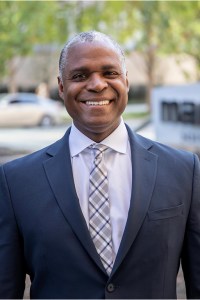 Collie Greenwood was confirmed as MARTA’s new general manager and CEO on Oct. 27, about three weeks after being named the sole finalist.

Greenwood had served in the positions on an interim basis since January, following the death of former General Manager and CEO Jeffrey Parker.

Greenwood joined MARTA in July 2019 as chief of bus operations and urban planning and later served as deputy general manager of operations.

The transit agency’s Board of Directors confirmed his hiring in a special called meeting.

Click here to tune into the first two episodes of the Westside Wise Podcast.

The Atlanta Preservation Center (APC) will hold its fall fundraiser event on Nov. 5 and is already conducting a silent auction of Plaza Theatre screenings and stays at historic hotels.

Founded in 1979, the APC is a nonprofit historic preservation advocacy organization. It is based in Grant Park’s 1856 L.P. Grant Mansion, which also was the birthplace of amateur golf legend Bobby Jones. The APC continues to restore and preserve the once-endangered mansion.

The fundraiser event will include food, beverages, music, the culmination of the silent auction, and a raffle for a 1930s chandelier. The event will be held at the Grant Mansion. Tickets are $75 and are available online.

Meanwhile, the silent auction has already begun online with bidding and “buy it now” options. The auction items include group tickets and a private rental of Midtown’s historic Plaza movie theater and stays at the Clermont, Ellis, Georgian Terrace, Glenn, Indigo and Wylie hotels. 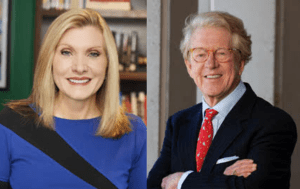 Dan Amos, chairman and CEO Of Aflac Inc.; and Donna Hyland, president and CEO of Children’s Healthcare of Atlanta, will be inducted to the Georgia Historical Society’s Georgia Trustees on Saturday, April 22, 2023, in Savannah. It is the highest given by the State of Georgia.

“Dan Amos and Donna Hyland are the living embodiment of the Georgia Trustees’ motto ‘Not for Self, but for Others,” said Dr. W. Todd Groce, president and CEO of the Georgia Historical Society. “The impact of their remarkable leadership is felt daily here in Georgia and throughout the world, making them worthy of this high honor.”

The Georgia Historical Society, working with the Governor’s office, reestablished the Georgia Trustees in 2008 as a way to recognize accomplished Georgians dedicated to their communities. The original Georgia Trustees were a governing body chartered and appointed by His Majesty King George II of England in 1732 to establish a new colony in North America.

Hyland has helped shape the delivery of healthcare to children for 32 years. She first served as Children’s chief financial officer, then as its chief operating officer before becoming its president and CEO. She was instrumental during the merger of Egleston Children’s Health Care System and Scottish Rite Children’s Medical Center, as well as the addition of Hughes Spalding and Marcus Autism Center, which led to the formation of what is now one of the largest pediatric healthcare systems in the country.

DreamHack, a three-day gaming lifestyle festival, will return to Atlanta next month for the first time since 2019. The festival will be hosted at the Georgia World Congress Center from Friday, Nov. 18 to Sunday, Nov. 20.

“We are super excited to bring DreamHack back to the great city of Atlanta,” said Shahin Zarrabi, DreamHack VP of Strategy and Growth. “These last two years of the pandemic have been so hard for so many, but gaming has always brought communities together both online and in person.”

Click here for more about the upcoming DreamHack Atlanta. 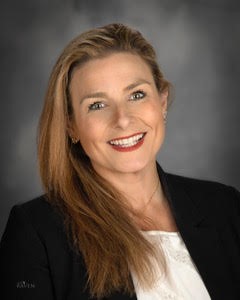 The Schenck School’s Board of Trustees has recently named Kara A. Loftin as the new Head of School. Loftin will assume the new role on July 1, 2023.

Loftin will also become ReadSource next executive director, the recently-renamed nonprofit launched by The Schenck School to share reading expertise with educators who support struggling readers.

With 25 years of experience as an educator and school administrator, Loftin currently serves as Head of School for The Craig School in New Jersey.

“Both The Schenck School and ReadSource serve talented, vibrant and caring educators, students and families,” Loftin said. “I can’t wait to be a part of the community to help continue the legacy of David T. Schenck and fulfill his vision of helping students meet and exceed their rich potential. I look forward to working together to transform lives and continue the tradition of these esteemed institutions.”

Founded in 1959, The Schenck School is one of the oldest elementary schools in the U.S. specializing in dyslexia. The accredited independent school teaches kindergarten through sixth-grade students.

Last week, environmental justice nonprofit Dogwood Alliance and its partners hosted a rally on the front steps of the Region 4 EPA office in Atlanta. The environmental advocates held homemade signs reading “We need to breathe” and “Forests = Health” while calling for more concern over the communities impacted by biomass.

Wood pellets are one example of biomass and factories manufacturing wood pellets in large quantities can emit harmful pollutants into the air. These factories are disproportionately located in the Southeast and local advocates are calling for the EPA to tour the Southeastern communities impacted by the burning and manufacturing of these materials.

Click through the slideshow below for snapshots of last week’s rally. Photos by Kelly Jordan. 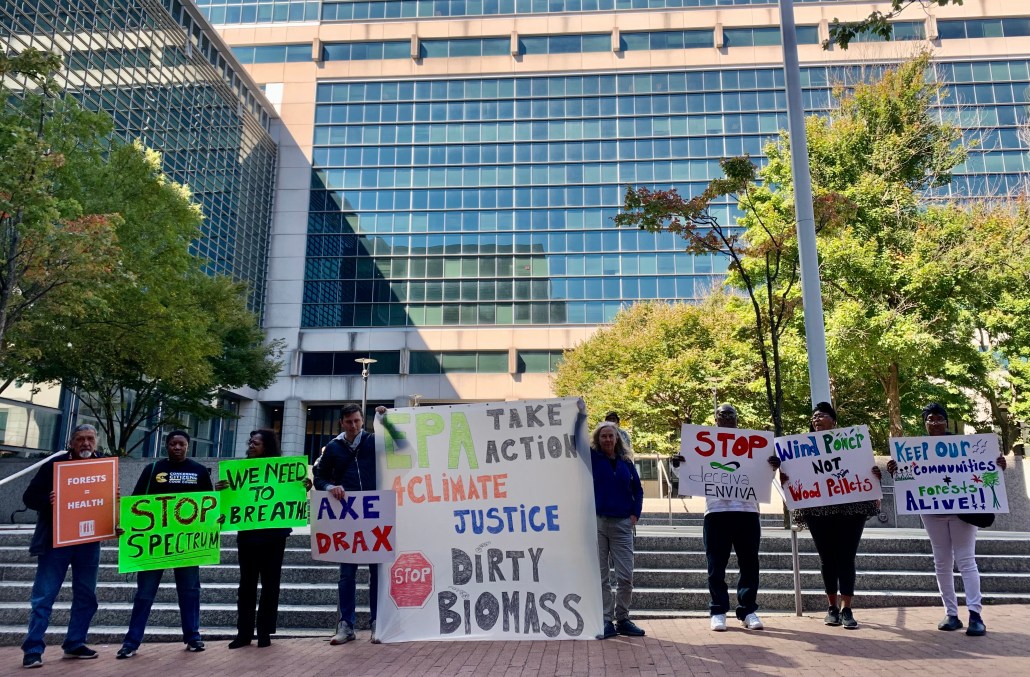 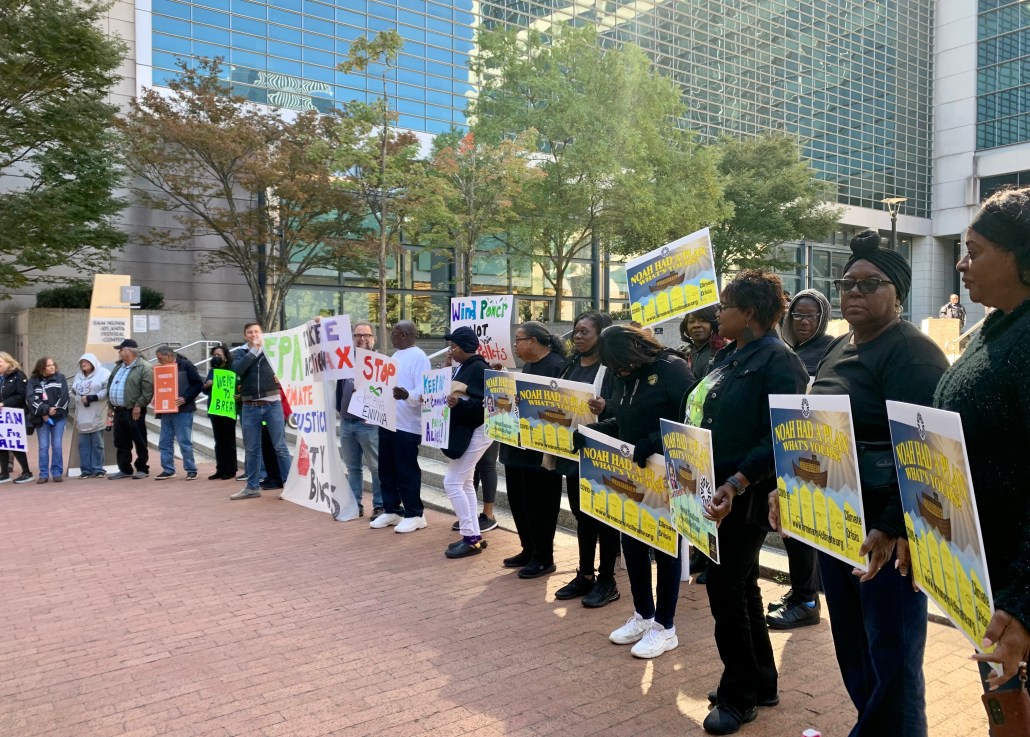 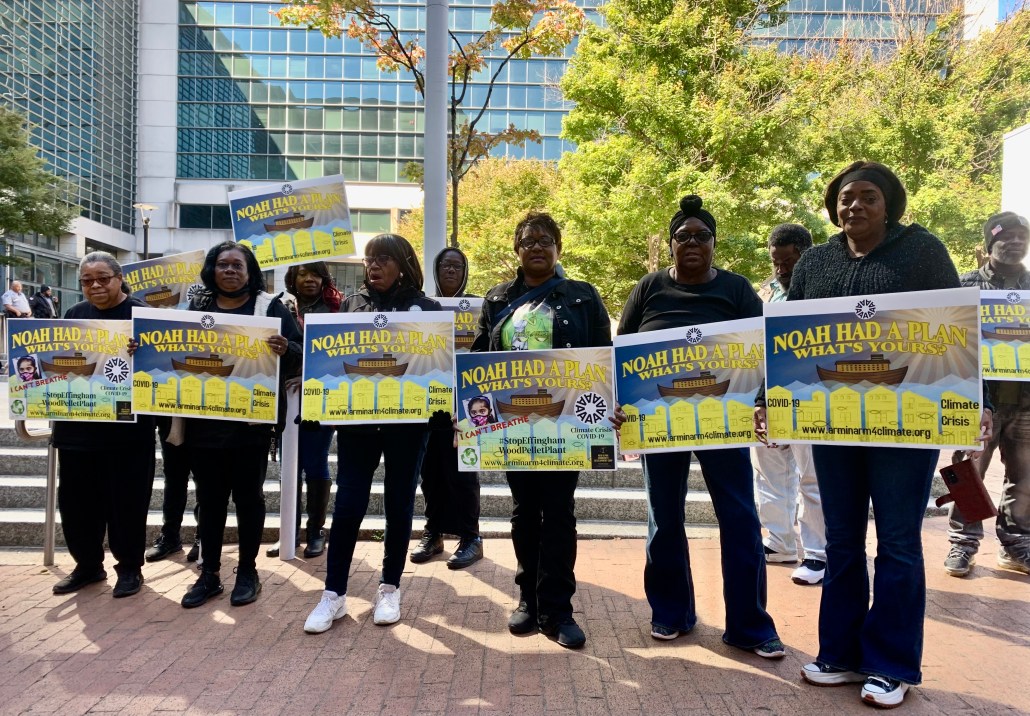 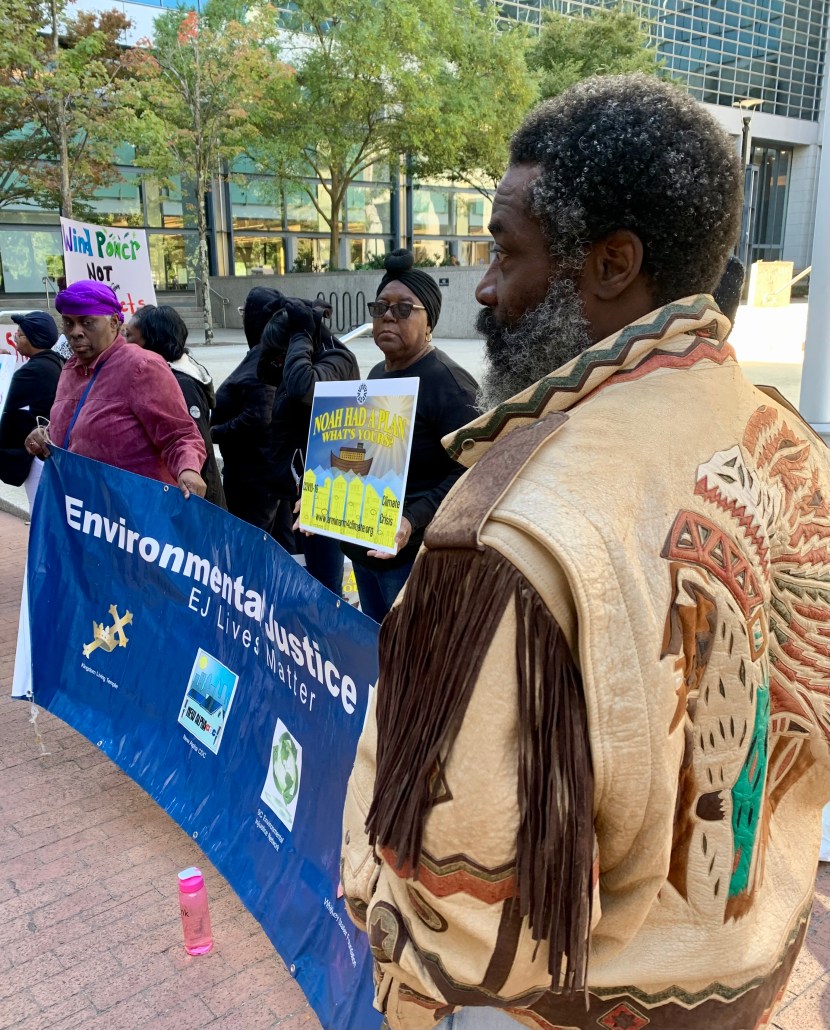 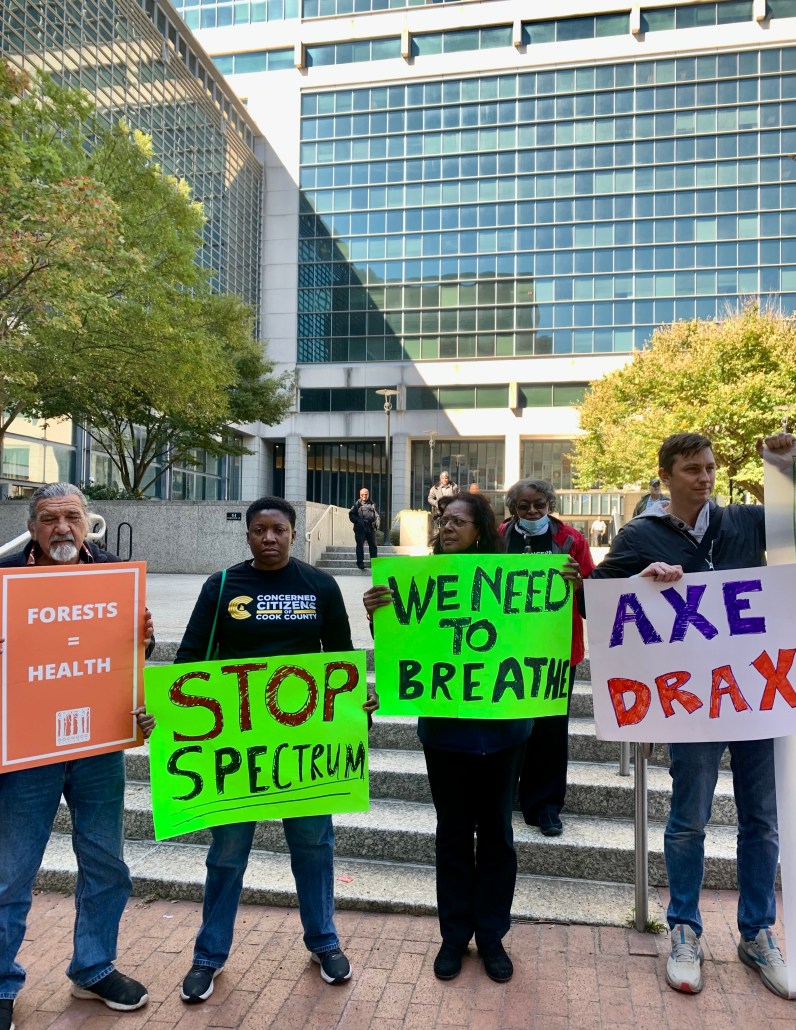 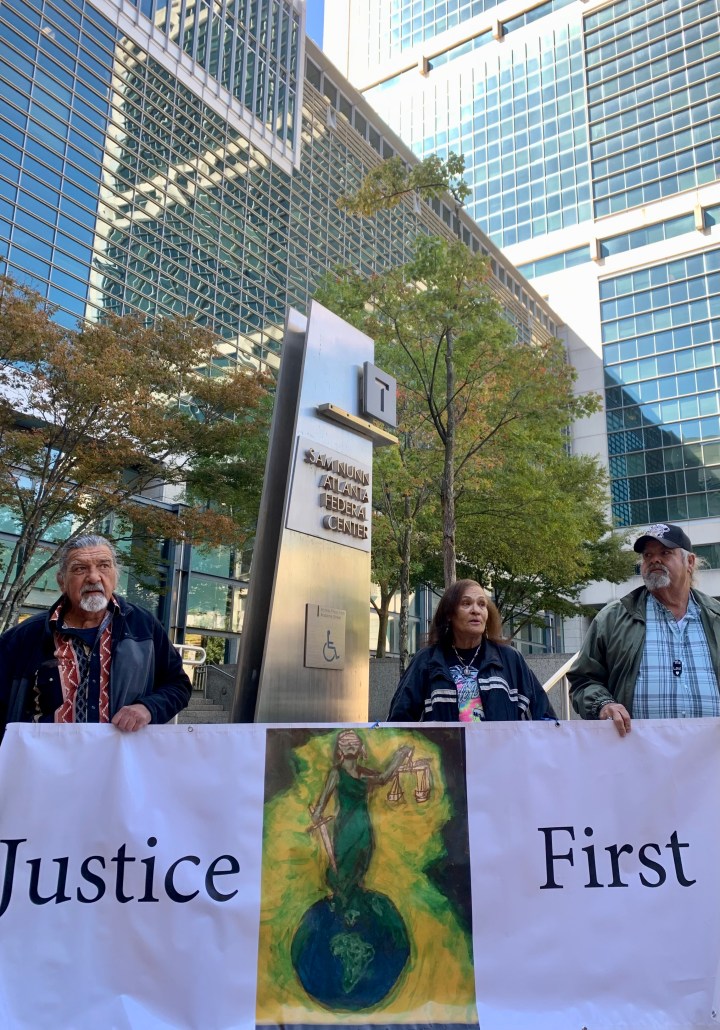 ‘Movin’ On Up,’ a discussion on closing America’s homeownership gap

This week, the National Black Empowerment Council and American Property Owners Alliance hosted an event — “MOVIN’ ON UP: Preserving Affordability, Parity and Progress in Real Estate for Black Americans” — to address the homeownership divide in Atlanta. The Oct. 25 event aimed to connect local Black families with housing resources and find solutions to create equal access to homeownership.