Adair Park – a historic community southwest of downtown – has now become an integral part of my family. 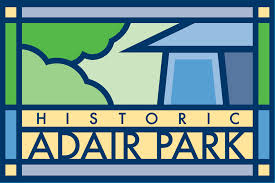 My son, David Luse, just bought a house (closing was on July 25) in Adair Park – another marker in his path to adulthood and self-sufficiency. The move also has opened a whole new vista into a corner of Atlanta that is becoming one of the hottest up-and-coming communities in the city.

Adair Park – a neighborhood that is tucked away between Metropolitan Parkway to the east, University Avenue to the south and the Norfolk Southern tracks to the west (beyond which lies the historic community of West End) – has become our own little gem.

It’s hard for me not to be in awe and overcome with pride by how far David has come. 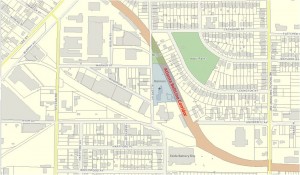 A map of Adair Park

At the young age of 24, David zeroed in on Adair Park a few months ago, fell in love with a house that was about to go on the market, became instantly convinced that he would buy it, figured out how to get financing with a first-time homeowner incentive from Invest Atlanta and patiently experienced the ups and downs that come with any home-buying adventure.

So on Saturday evening, before fully having moved in, David decided to hold a house-warming party – inviting friends to see his new neighborhood and meet his new neighbors. 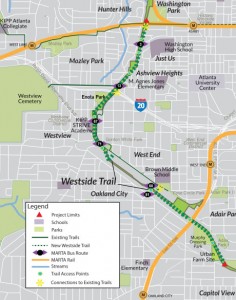 As we sat on the expansive front porch overlooking one of the neighborhood’s historic streets, we were overcome with a feeling of community – one that comes with inviting porches, welcoming homes lined with real sidewalks and attractive front yards.

Neighbors out on their evening stroll dropped by to say hello. Everyone seemed to know each other, happily catching up on the latest goings on in Adair Park and its new yellow-brick road – the Atlanta BeltLine – which is just two blocks from David’s new house.

So why is it that a neighborhood that can trace back its origins to the 1890s now be in the new discovery mode? Long-time Adair residents (eight years) Teague Buchanan and his wife, Crystal, had a theory. The soon-to-be-built southwest segment of the BeltLine has been described as a three-mile corridor from Washington Park to Adair Park. That has put Adair Park on Atlanta’s modern-day map. 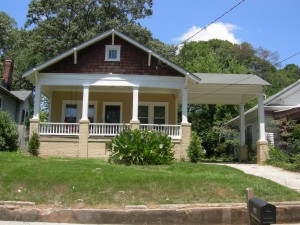 Adair Park crossed my radar two years ago when citizen activist and natural born leader Angel Poventud bought a shell of a house on the ridge between the actual Adair Park and the BeltLine adjacent to the new urban farm and made its renovation a civic cause.

Soon after, several of Angel’s friends began buying up and restoring homes in Adair Park. Angel certainly played a role in David’s decision to buy in the neighborhood.

So on Saturday, Angel took my daughter, Carmen, to see his now beautifully renovated home – complete with before-and-after photos. As she and I were walking back to David’s house, she started talking about how maybe she should buy a house in Adair Park. And then we both started playing the developer/preservationist dream game. Why don’t we buy and renovate the beautiful George W. Adair Middle School into condos and neighborhood stores and really anchor the neighborhood. 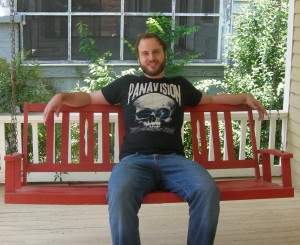 David on his porch swing

As we shared our ideas back at David’s house, someone laughed and said that Angel’s enthusiasm had infected Carmen as well.

Adair Park was listed on the National Register of Historic Places on Aug. 9, 1994, exactly 20 years ago.

It is considered a “bungalow suburb” that was developed from the 1890s to the 1940s as Atlanta went from being a “railroad town” to a “true city.”

After the Civil War, land speculators, including George Washington Adair, began purchasing property in the area. In 1870, Adair teamed up with Richard Peters (who later developed Midtown) to form the Atlanta Street Railway Company to provide trolley access to the area.

George Adair also established the Atlanta Real Estate Company, which became the largest developer of property in Atlanta before he died in 1889. 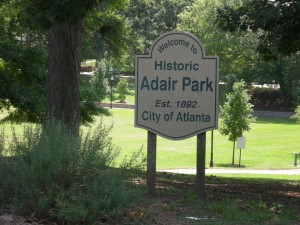 So it was left to his two sons — George and Forrest — to lead the company, and they were the ones who designed, developed and sold off lots in the Adair Park neighborhood in the early 1900s. The school was constructed in 1912.

The nearby West End community was annexed into the City of Atlanta in 1894, and Adair Park was annexed in 1910. The first auction took place in early 1910, and it included a six-block area. By 1912, the Adair Park subdivision had been named and subdivided.

As Atlanta’s population trended northward, Adair Park became one of those lesser-known communities the metro area. The neighborhood changed from being a white middle class community to one that was primarily African-American.

That problem is exacerbated because many of the black families in Adair Park do not own their own homes, and they could end up getting kicked out as property owners cater to the almighty dollar.

It is an ongoing dilemma in Atlanta.

How can we encourage the revitalization of a neighborhood without displacing the residents who have helped make it a culturally rich and diverse community.

Meanwhile we in the Luse and Saporta family are delighted to have found a home in such a special corner of Atlanta. 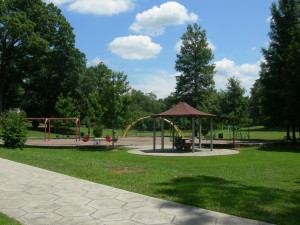 A view of Adair Park’s playground 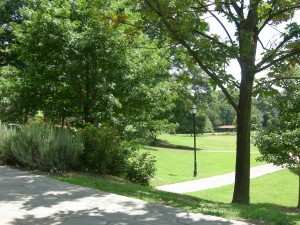 Another view of Adair Park 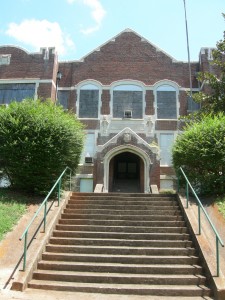 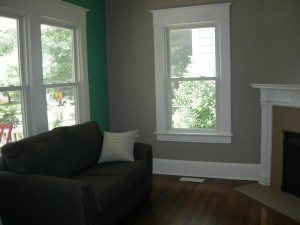 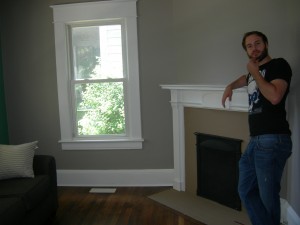 David stands next to the fireplace in the front room 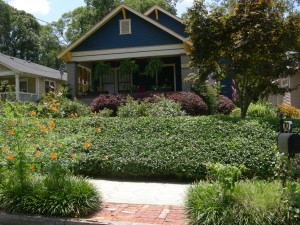 One of the most beautifully landscaped homes in Adair Park 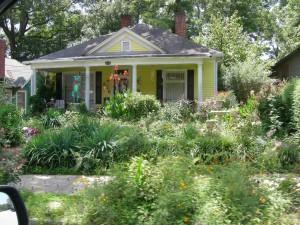 Previous Article
Bounced from bid for $22 million airport contract, Atlanta City Hall insider threatens to file lawsuit
Next Article
While you sleep, parts of your body are hard at work