Wells Fargo to donate $1.5 million to the City of Atlanta’s Centers of Hope

By Maria Saporta
Published in the Atlanta Business Chronicle on Friday, December 7, 2012

Wells Fargo & Co. will donate $1.5 million to the city of Atlanta’s Centers of Hope, the largest single corporate gift the centers have received.

Atlanta has 33 Centers of Hope, of which 16 had been closed during previous budget cuts. But Atlanta Mayor Kasim Reed has fulfilled his pledge to reopen and reinvest in the recreation and community centers — largely with corporate support.

The donation will be announced on Dec. 11 at the Thomasville Center of Hope at 1835 Henry Thomas Drive in southeast Atlanta near the federal penitentiary.

“Wells Fargo’s generous commitment of $1.5 million strengthens our efforts to positively impact the lives of deserving children and families in neighborhoods across Atlanta,” Reed said in a statement. 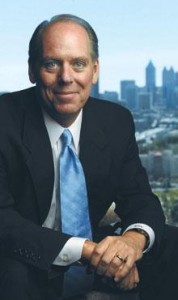 “We know that kids need safe, structured learning environments, and the Centers of Hope initiative has been making a tangible difference in the lives of young people, especially at the Adamsville and Thomasville recreation centers,” Reed continued. “Through after-school and enrichment programs supported by vital business partners such as Wells Fargo, we will be able to help transform young boys and girls into strong men and women.”

Education is one of the top priorities of the Wells Fargo Foundation. The bank felt that it could have a major impact by investing in after-school programs at the centers serving children at nearby schools.

“Education is so important to us,” said Mike Donnelly, Wells Fargo’s Atlanta region president. “We’re thrilled to be giving a big boost to a program that is already having such a positive impact for our kids.”

The bank’s gift includes $1 million that was set aside from its Neighborhood LIFT program, which is designed to help communities recover from the housing crisis. The bank has made available $8 million to that program with most of the money going to down payment assistance. So far, more than 120 homeowners have closed on loans through that program.

With the Centers of Hope, the Wells Fargo gift will help replicate the success of the Thomasville Center and the Adamsville Center to other centers throughout the city.

The Thomasville Center, through a partnership with the Boys & Girls Clubs of Metro Atlanta, is offering after-school enrichment programs to help improve academic performance, according to Amy Phuong, the city of Atlanta’s chief service officer.

Several other companies also have been key in the reopening and reinvestment in the Centers of Hope — The Coca-Cola Co. has made a $1 million gift, Turner Broadcasting System Inc. has contributed about $500,000 and U.S. Micro Corp. has provided about $500,000 worth of new computers for the centers.

“We are appreciative of all our sponsors,” said Phuong, adding that the Tuesday announcement will be an opportunity to showcase all its partnerships with the community and corporate sponsors. “We are really fortunate to be in a city where corporate giving is the norm, not the exception.”