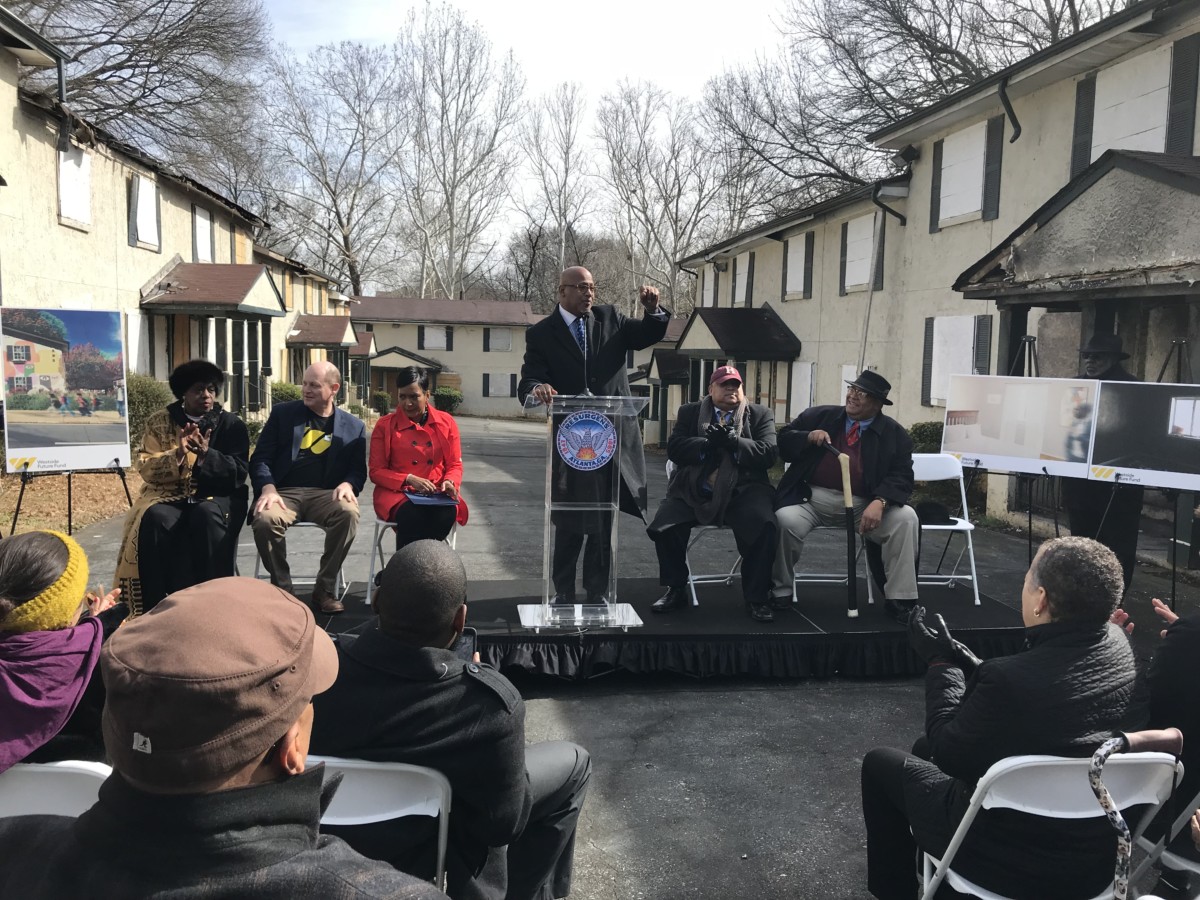 The acquisition marked the beginning of a tangible effort to provide affordable housing to the legacy residents in the English Avenue and Vine City neighborhoods.

“We want to make sure that Atlanta continues to be a place that’s affordable to all,” Atlanta Mayor Keisha Lance Bottoms said during a program in front of the apartment complex. “This is a start.” 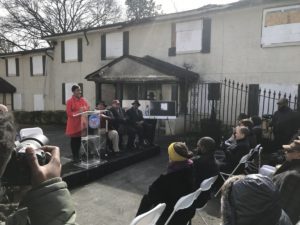 The 35-unit apartment complex will be renovated for about $2 million, and it should be ready for occupancy in six to eight months, said John Ahmann, executive director of the Westside Future Fund.

Councilmember Ivory Young said there’s a “holistic revolution” underway in the Westside neighborhoods, and he commended the city and the Westside Future Fund for its anti-displacement initiatives.

“This neighborhood has always had a tremendous sense of community,” said Councilmember Michael Julian Bond, who grew up nearby. “There’s no better location, no better space than to live here right now on the Westside.”

State Rep. Able Mable Thomas described the English Avenue of her youth when fruit trees were plentiful throughout the neighborhood. She then said there are people living in dilapidated conditions in houses and apartment projects nearby. 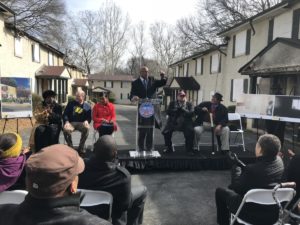 After the press conference, two residents of the nearby 375 James P. Brawley apartment complex stopped Mayor Bottoms to explain their plight – of living in apartments with no heat and multiple code violations, including mold.

“Find our landlord, and move us ASAP,” Robin Cochran pleaded with the mayor. “Help us financially to move. There are seven to eight families living there. Everything is wrong.”

Tori Putnam, who lives a couple of units over from Cochran, said she has been living at 375 Brawley for two years. She has two children – T’Paris Putnam, 3, and Quantize Chambers Jr., 2, with a third child on the way.

She explained that instead of repairing the property, the former landlord sold the complex to a new owner. “In January, we got an eviction notice from the new owner,” Putnam said. He claimed they were behind on their rent, but the residents had not been informed of the new ownership and the where to send their rents.

Mayor Bottoms promised she would look into their situation and get back to them.

Rev. Howard Beckham, president of the English Avenue Neighborhood Association, said he has served in the community for 23 years, and he is seeing improvements in the community. 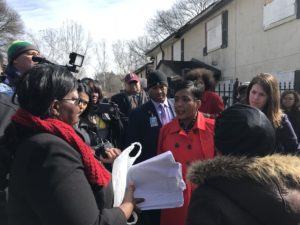 Still, the legacy residents keep asking him: “What is going to happen to us?”

“To date, they have not seen much that has been put in place,” Beckham said. “Here’s a tangible representation that that’s happening.”

Ahmann said that in addition to the 35-unit apartment complex, the Westside Future Fund has acquired another 15 single-family homes, which it intends to rehab and make available to community residents.

“We obviously want to prioritize those that are the most vulnerable, such as single mothers,” Ahmann said.

For Bond, this has been a longtime coming.

“It is really great to see the positive transformation taking place in this community,” Bond said of the revitalization process. “It is one family at a time, one household at a time and one community at a time.” 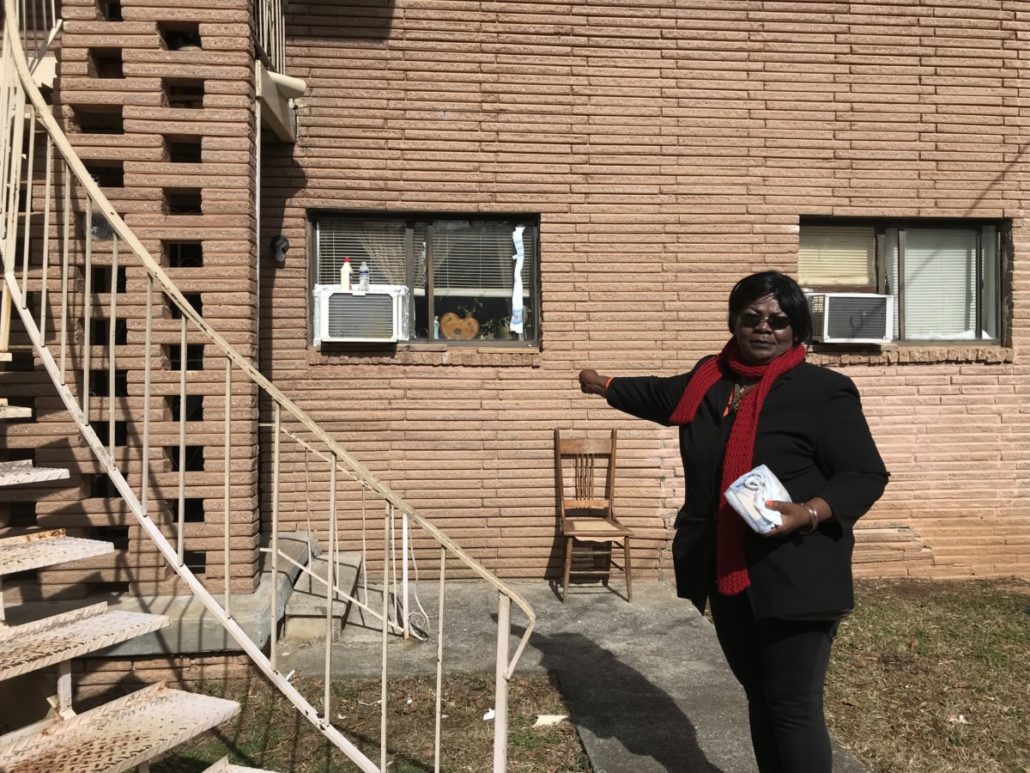 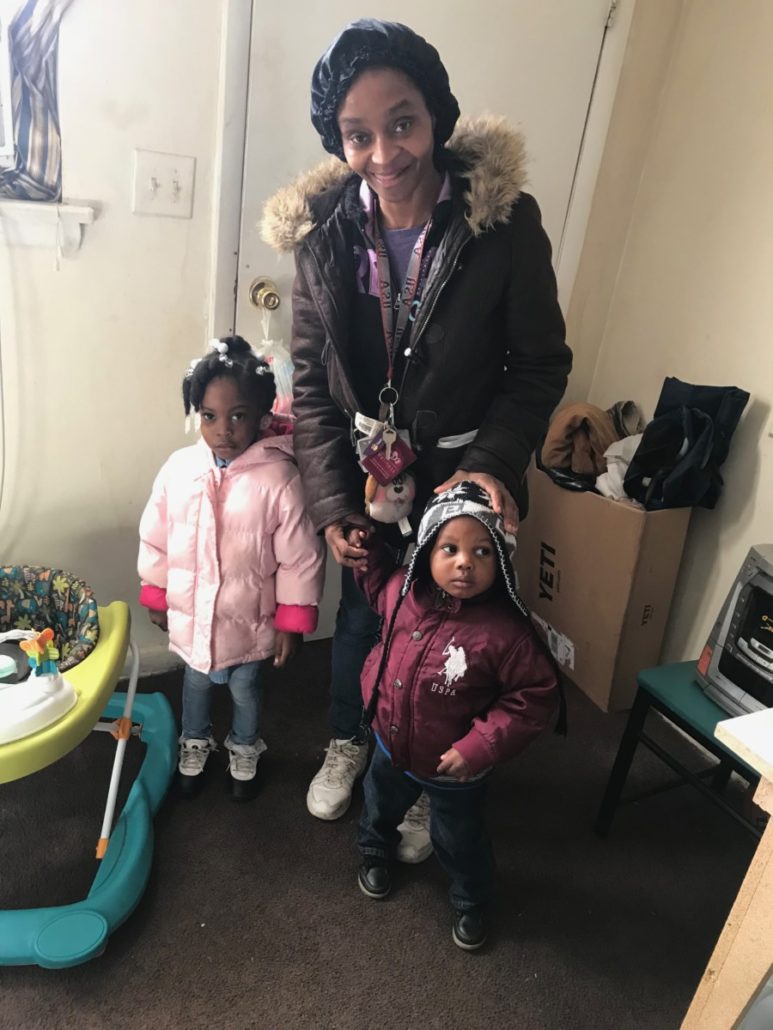