A group tasked with helping revitalize the Westside of Atlanta has named Quince T. Brinkley Jr. as its executive director.

The Westside Future Fund, an off-shoot of the Atlanta Committee for Progress, is tasked with generating and coordinating private sector support for the economic revival of the communities located west of the new Atlanta Falcons stadium.

Brinkley, a Chicago native, is quite familiar with the community. He attended Morehouse College from 1982 to 1985 – living on what was then called Fair Street. He returned to Atlanta in the 1990s when he worked for the Georgia Housing Finance Authority and the Urban Residential Development Corp., under the administration of then Mayor Maynard Jackson. 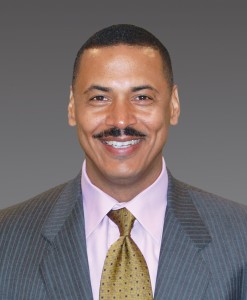 “This is not just a job,” Brinkley said in an interview Monday. “This is about giving back to the community and serving the community. My roles in the not-for-profit sector, the banking sector and the public sector have helped bring me to where we are today. It’s a great job.”

Richard Dugas, chairman of the Westside Future Fund and CEO of the PulteGroup Inc., said the group is dedicated to revitalizing the area with jobs, housing and education for the thousands of residents who live in the Westside communities, including Vine City, English Avenue, Castleberry Hill, Ashview Heights and the Atlanta University Center area.

“Quince is the executive director we need to lead us,” Dugas said in a statement. “His skill set and values are perfect for our endeavor. He is a proven leader in community development, community outreach, housing finance and the use of public/private partnerships. But it is his community outreach experience that will be critical to our success. He is committed to community input, the engagement of residents and forming true partnerships with the community, and that is vital.”

Most recently, Brinkley served as vice president of the Metropolitan Washington Airports Authority. But he has spent most of his career helping to improve the lives of residents in low-income communities.

Brinkley grew up in the West Englewood area of Chicago. At first, the area was primarily white, but by the time he had turned 16, the community had become almost completely African-America – a neighborhood that had experienced white flight in the central city.

He saw first hand what happened to a community when it started to decline – when nice homes were turned into vacant and decaying structures. It is no accident that he has spent much of his professional life trying to revitalize communities by developing affordable housing and attracting new investment to areas that have been overlooked by market-based developers.

The Westside Future Fund was created in late 2014 by Atlanta Mayor Kasim Reed to work with community partners, non-profits, foundations and corporations to reinvigorate growth in Westside communities.  The board is made up of a distinguished list of business, public servants and political leaders in the region, including Doug Hertz, president of United Distributors; William Taggart, former president and CEO of Atlanta Life Financial Group; Lee Adrean, retired CFO of Equifax; Penny McPhee, president of the Arthur M. Blank Family Foundation; and Beverly Tatum, president of Spelman College.

“Quince is an outstanding choice to lead the revitalization of the Westside, and the city is here to serve as a strong partner as we transform West Atlanta,” Reed said in a statement. “His experience in community development, housing, and finance combined with his education and work experience right here in Atlanta make him ideal for this role.”

He assisted public housing authorities with the development of HOPE VI communities across the nation, and served as Vice President and Chief Housing Officer of Jubilee Enterprise, a community development non-profit in Washington, D.C.

Brinkley, who will assume his new duties on July 13, said he plans to first go out and listen to representatives in the community, his board members as well as various stakeholders before sharing his work plan as the new executive director of the Westside Future Fund.

“One thing I do want to see is improving the quality of life, the quality of the existing housing stock, the commercial offerings – more stores and retail, and bringing more jobs to community,” Brinkley said. “We have to engage the community and better understand what they want us to do. We are going to get everyone’s perspective, discuss it with the board and figure out the best approach to take.”