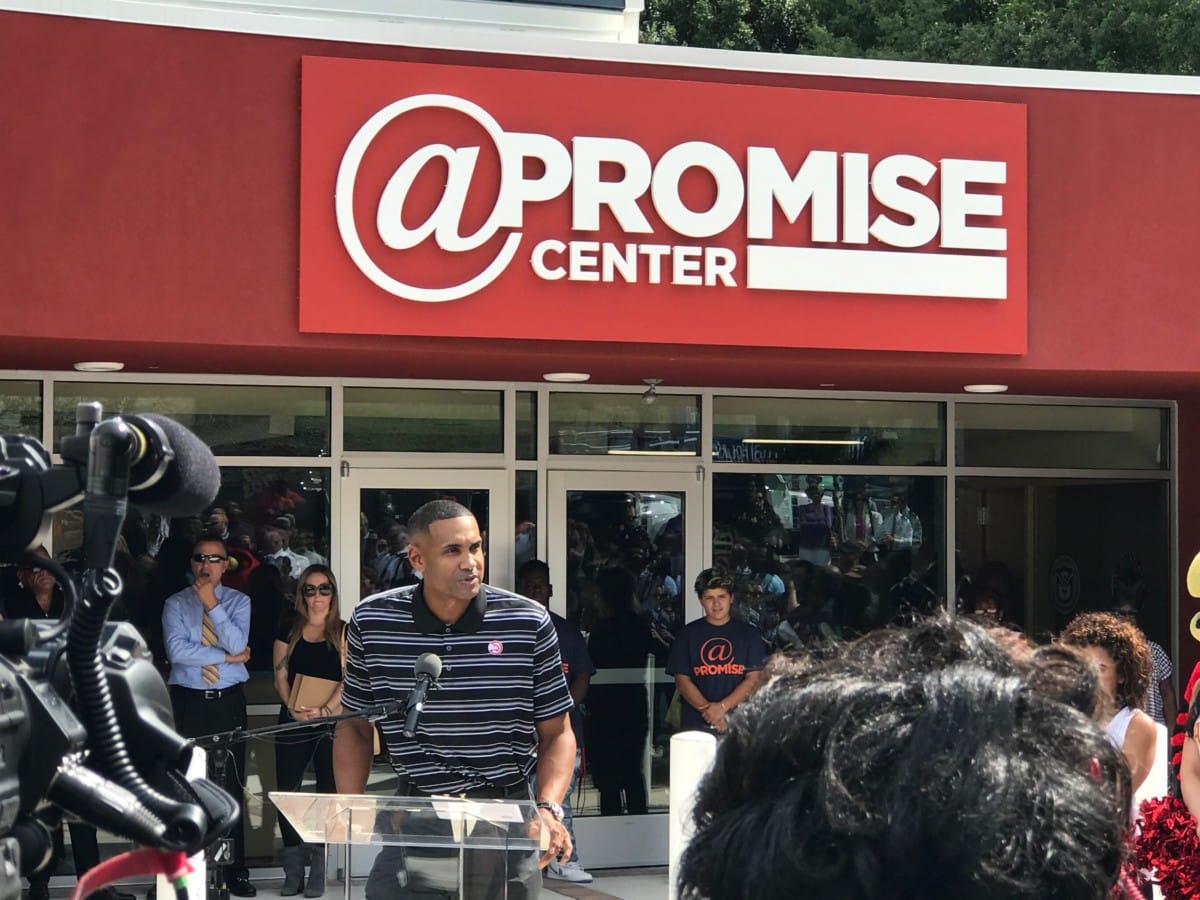 The tagline says it all: “Our Youth are At-Promise, Not At-Risk.”

The At-Promise Youth Center in English Avenue officially opened after a warm ribbon-cutting ceremony on Aug. 1 – the culmination of dozens of partners in the public, private and nonprofit sectors. 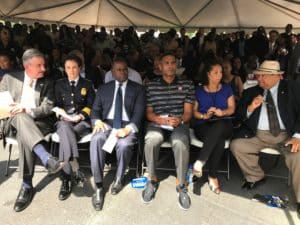 And that’s part of the promise business and civic leaders are making to the English Avenue and Vine City communities, the primary neighborhoods that will be served by the new Center.

The Atlanta Police Foundation – working with the Atlanta Police Department, corporate and philanthropic backers – formed a unique partnership among nonprofits collaborating at the At-Promise Center.

“This is what the best of the city looks like,” said Atlanta Mayor Kasim Reed. “We want to make sure this is a beginning, not an end. You cannot arrest yourself out of juvenile crime. Atlanta is not going to be a place where we are going to be tough on crime. We are going to be smart on crime.”

Atlanta Police Chief Erika Shields said the Center would be committed to tackling the root causes of crime rather than placing children and young adults in the juvenile justice system.

“I truly believe the At Promise Center is part of the solution,” Shields said. “It has been an incredible journey.”

CHRIS 180 will be the lead organization and service provider working out of the Center, training staff to understand and respond to trauma among people who have lived with chronic and toxic stress in their neighborhoods, if not in their own homes, according to Kathy Colbenson, CHRIS 180’s president and CEO.

The nonprofit will be working with several organizations operating out of the Center, including the Atlanta Hawks Foundation, the Boys & Girls Club of Metro Atlanta, the Atlanta Police Department, the Police Athletic Club, the Street Smart Youth Project and a variety of others. 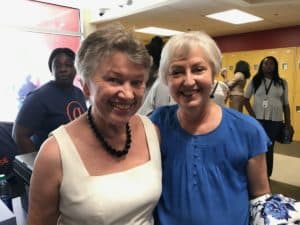 As the Atlanta Police Foundation is well aware, it takes a village to raise a family and children. People in the village, with parental consent, can refer youth to the Center for drop-in services.

Mother Mamie Moore, a long-time neighborhood leader in English Avenue, said it was critical that the Center is not just perceived as a place for kids in trouble needing to be served. It should be a place that helps prevent children and youth from ever getting in trouble.

“The opportunity that’s here for us is prevention,” Moore said. “This Center’s success has to be predicated on preventing children from getting into squad cars. We can’t allow this center to be here and not serve children who are not in trouble.”

She said the English Avenue Neighborhood Association had to “beat them down for six months” before prevention was considered integral to the services that would be provided at the At-Promise Center. 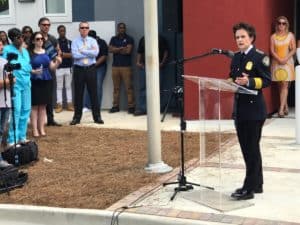 The grand-opening of the Center included a host of dignitaries – including several candidates running for mayor or other offices. Also Paul Bowers of Georgia Power, Russell Stokes of GE and Bea Perez of Coca-Cola.

Shields said that crime in the area is down 37 percent in the past five years thanks to the Atlanta Police Foundation  and the Atlanta Police Department, which have been working on a comprehensive public safety initiative on the Westside. The At-Promise Center is just the latest of those initiatives to open, but as Mayor Reed said: “We are just getting started.” 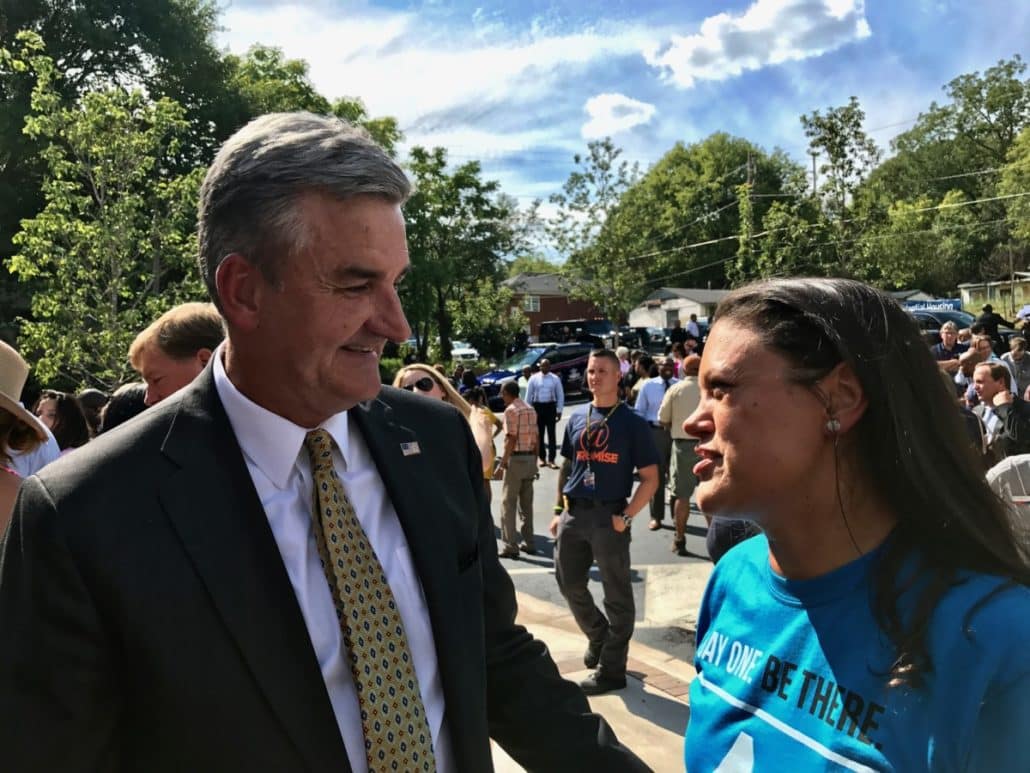 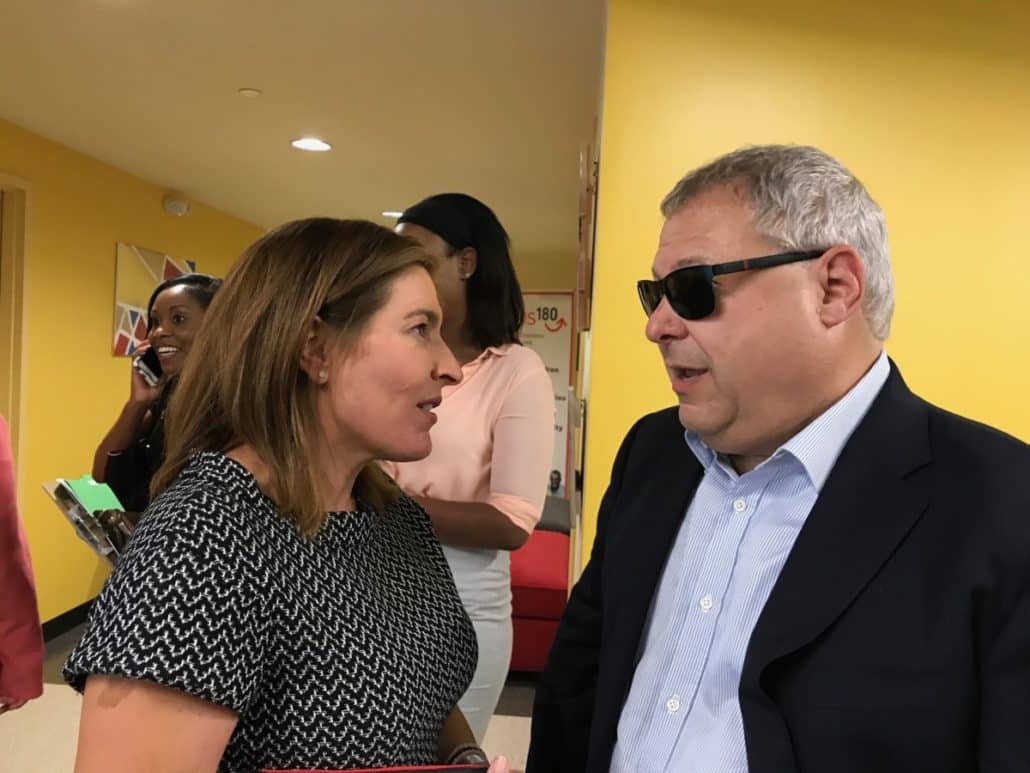 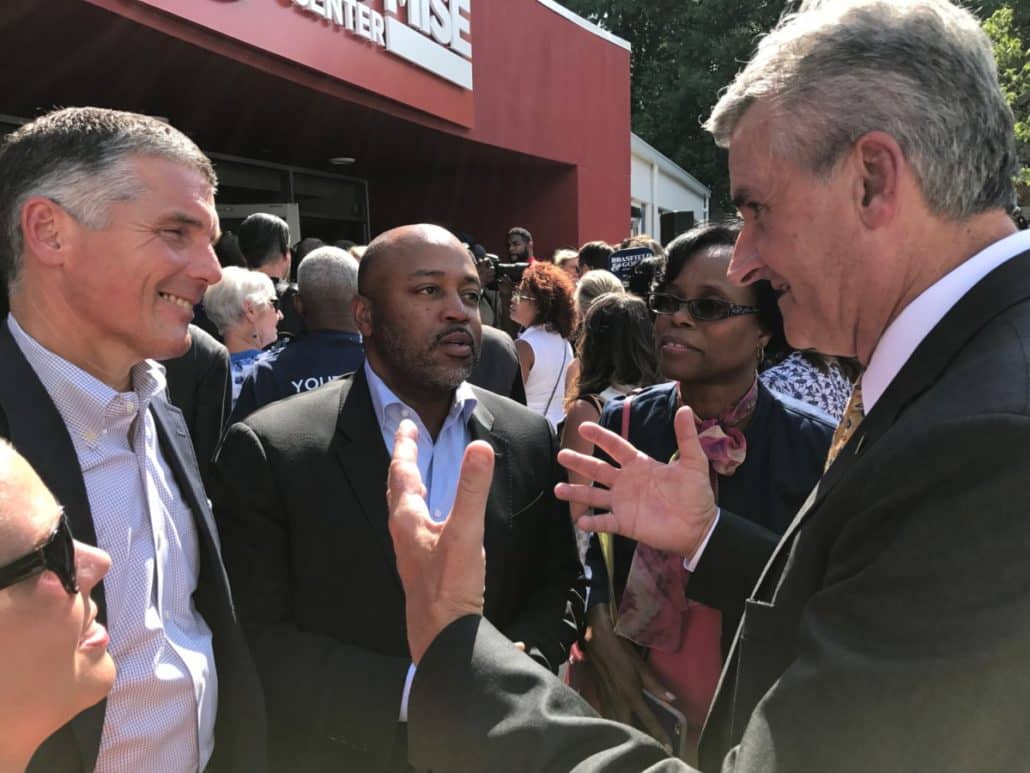 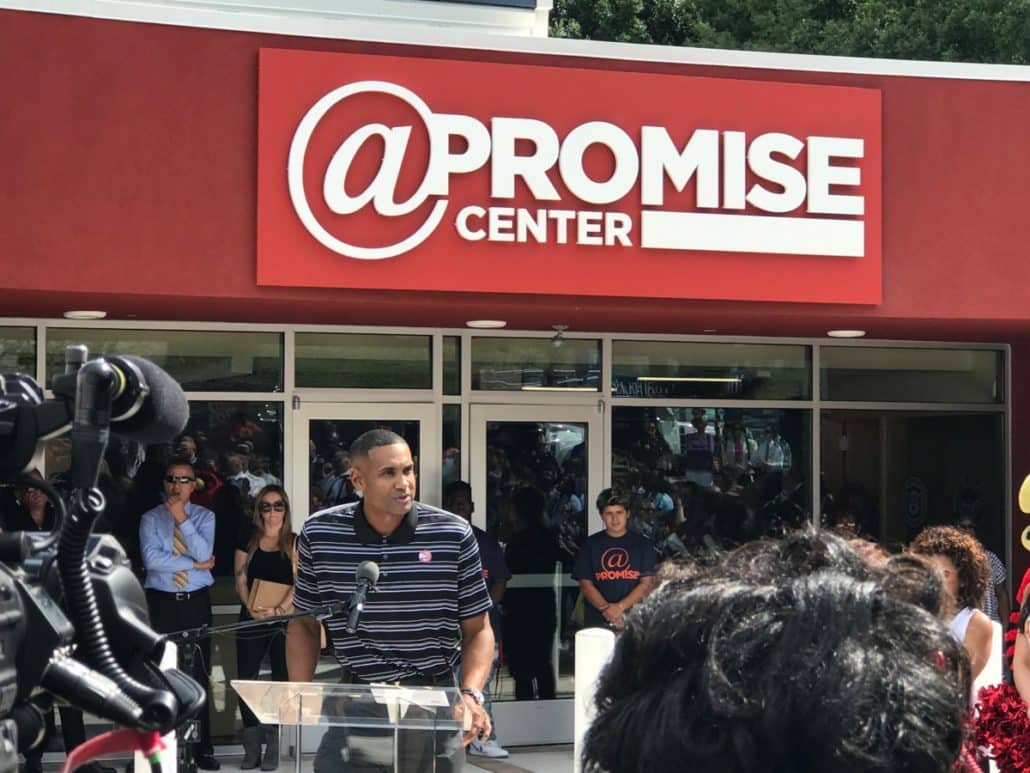 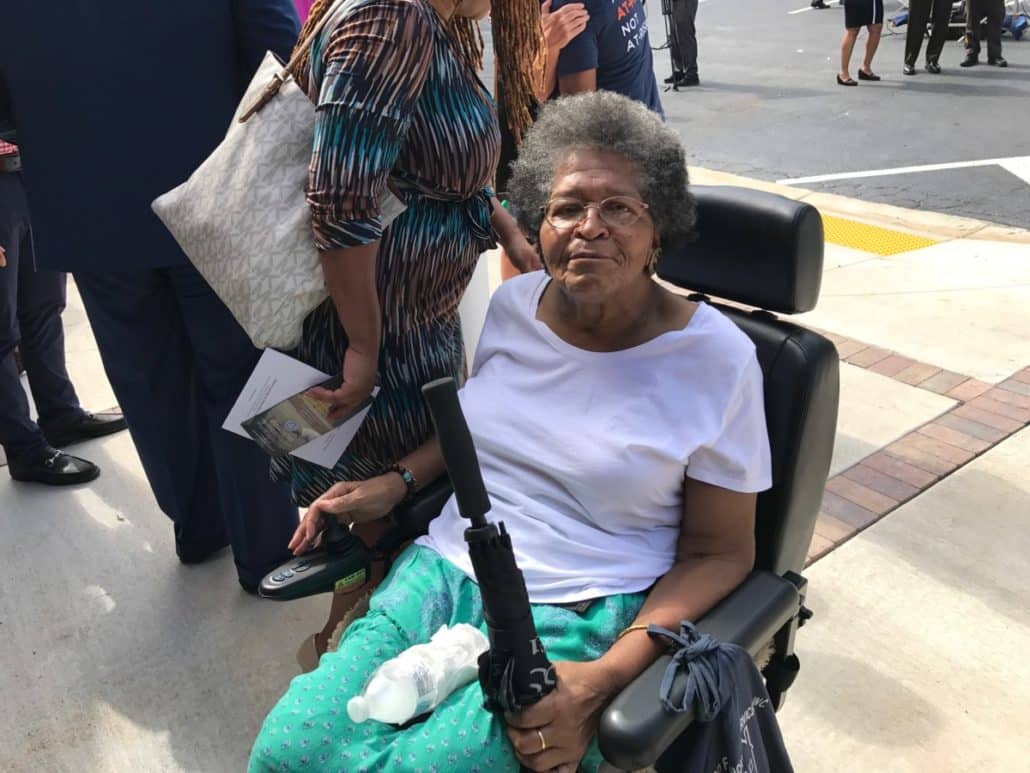 Mother Mamie Moore, who has been anchor in English Avenue for decades, at the At-Promise opening (Photo by Maria Saporta)