We do not know exactly what Federal Reserve Chairman Jerome Powell is thinking or how he evaluates our nation’s current spike in inflation. Nor do we know how he thinks about interest rates as the antidote to the highest inflation rate in forty years. But it is instructive for us to think about what he might be thinking. 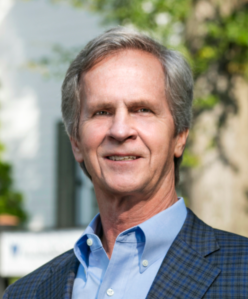 We can start by going back to 1980. At that time, the Federal Reserve Chairman was Paul Volcker – an imposing six-foot, six-inch, cigar-smoking economist who was a true public servant. He drew the ire of many Americans when his policies to bring inflation to heel caused the prime rate to reach 21 percent. He took an unconventional policy approach and showed extraordinary grit and discipline to tame inflation. Notably, Volcker did not bend to intense political or public opinion pressure. He did what it took to defeat inflation.

This brief description of Chairman Volcker is important because Chairman Powell has often said he admires (perhaps reveres) his esteemed predecessor. It was not lost on me that Powell recently closed a very important speech in Jackson Hole, Wyoming, by referencing Volcker.

What really caught my eye was his final sentence: “We will keep at it until we are confident the job is done.” He was referring to the Fed’s plans to continue raising interest rates to fight inflation. That phrase “keep at it” happens to be the title of Paul Volcker’s autobiography. Might it be that Chairman Powell will draw fortitude and steadfastness from a man he might revere? Might that give Powell the grit to raise interest rates higher and keep rates at a high level for longer than most believe? Chairman Volcker is a legend – especially regarding his success in breaking the back of inflation. Hold that thought.

No one wants to be fooled twice — certainly not three times

The Federal Reserve has a very difficult, almost impossible, responsibility. The Fed has no choice but to make ongoing forecasts of many unforecastable factors. That’s hard to do, really hard. I fully appreciate their impossible task and, therefore, the following should not be taken as being critical or judgmental. I am not Monday-morning-quarterbacking. I am just wondering what Chairman Powell might be thinking.

Back in September 2021, again in Wyoming, the Federal Reserve went to great lengths to announce a new way of thinking about inflation and interest rates. Part of the new philosophy that was announced was a belief that the Federal Reserve should be more tolerant when inflation runs above the Fed’s stated 2 percent target. Overly simplified, the new philosophy somewhat espoused the notion that inflation was no longer a major economic problem. Fooled once?

Then, within a few months of that Wyoming announcement, inflation began to rise – noticeably so. Chairman Powell, the Federal Reserve, and many economists began using a new term to explain the surprise rise in inflation – transitory. We were told not to worry; this unexpected rise in inflation would be a temporary matter caused by the pandemic aftershocks. Once the supply chain issues, logistic issues, labor shortages, and surge in pent-up consumer demand normalized, then inflation would settle down. That is, the price increases would be transitory and short-lived. Fooled again?

But they weren’t transitory. Spring rolled around and the Russia-Ukraine war and the China COVID lockdown further exacerbated inflation. Month after month, inflation increased to very worrisome levels. The following graph shows inflation may be more than transitory. 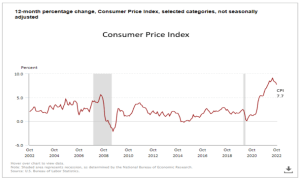 It’s not just a U.S. problem. Over the last twelve months, inflation has increased at an alarming rate across the developed economies (per the weekly economic tables in The Economist). 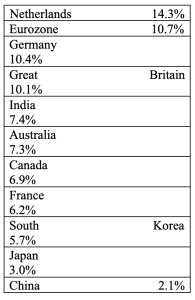 From a psychological viewpoint, here are a few guesses about Jerome Powell the man (again, I do not and cannot know him):

When I think (speculate) about Jerome Powell the man, and think about human nature, I conclude that he will not ignore the lessons of history and he will follow Paul Volcker’s example.

Several weeks ago in Wyoming, did Chairman Powell conclude his widely anticipated and closely examined speech (he knew it would be closely examined) in the following manner to send a crystal-clear message? (I have underlined key message points).

“That brings me to the third lesson, which is that we must keep at it until the job is done. History shows that the employment costs of bringing down inflation are likely to increase with delay, as high inflation becomes more entrenched in wage and price setting. The successful Volcker disinflation in the early 1980s followed multiple failed attempts to lower inflation over the previous 15 years. A lengthy period of very restrictive monetary policy was ultimately needed to stem the high inflation and start the process of getting inflation down to the low and stable levels that were the norm until the spring of last year. Our aim is to avoid that outcome by acting with resolve now. These lessons are guiding us as we use our tools to bring inflation down. We are taking forceful and rapid steps to moderate demand so that it comes into better alignment with supply, and to keep inflation expectations anchored. We will keep at it until we are confident the job is done.”

Chairman Powell could not have been more explicit – history will guide him, reining in inflation expectations will be a high priority and he will “keep at it” until inflation is back under control.

Here is my theory — Powell is saying he plans to follow the Volcker playbook. If so, interest rates will probably be raised to higher levels than many believe and rates will remain at high levels longer than many believe. Powell will keep at it; he will not retreat as Volcker’s predecessor did.

Keep in mind that all I’ve stated is just a theory. Why? Because of the following enduring principles that we hold dear, it cannot be anything more:

It ain’t what you don’t know that gets you into trouble. It’s what you know for sure that just ain’t so.