When it comes to failure, say ‘yes, and…’

Learning improv can make you a better person.

At Dad’s Garage Theatre, we’ve learned that improv makes people happier, more engaged with the world around them, accepting of change, and more resilient when they fail. The reality of improv classes is a lot different than what people expect.

Perhaps one of the most important things we learn from improv is how to cope with failure. All improv scenes must come to an end, and sometimes that feels or looks like failure. Maybe the scene didn’t end like you wanted it to, or perhaps everything in the scene fell apart and the story collapses. This happens a lot in improv. But the skills of “yes, and…” encourage students to pick themselves up and move forward without castigating themselves for their failure.

In other words, improv teaches us how to be resilient. 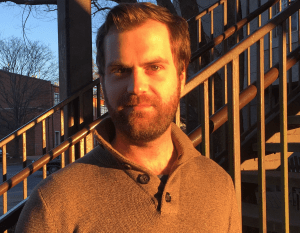 This is one word that has become trendy across our society. We want our kids to learn resilience in school so they can cope with failure. As adults, we need resilience in the workplace so we can overcome the inevitable and everyday failures of life.

The problem is that resilience is not commonly taught in schools or workplaces. When we place such heavy value on “success at all costs,” we often see failure as the end of the line. Failure could mean getting a “no” from a client on a proposal you spent weeks on. Failure could mean a process or product you build not working once it gets introduced to the real world. Failure can be something big, or something small, but it’s almost always very personal to someone. When someone fails, how can we be sure that they have the tools and skills to pick themselves up and try again?

After taking many improv classes at Dad’s Garage, I’ve concluded that resiliency is built up over time. The more chances you give yourself to fail, the more chances you have to practice resiliency. Like playing piano, riding a unicycle, or making a chocolate souffle, resiliency is something that takes practice. And, like the piano, unicycle, and souffle you can’t learn to get better until you’ve failed — sometimes many times in a row — and figured out how to do better. Sure, you may have a scraped knee, you may ruin a couple kitchen pans and you may even have a bruised ego, but resilience only comes after failure. After you’ve told yourself “Get up, try again, and do better.”

In our society, we don’t allow much room for failure. For many folks, failure can be a scary and intimidating word. But we all fail. All the time. We need to incorporate acceptance of failure, and even the encouragement of failure, into our society if we want to make more resilient individuals and communities.

And this is what improv is great at. Improv classes give you loads of chances to fail in a low-stakes, fun environment. The result is that students leave feeling more confident in their ability to overcome problems and failures of life, and as a result, achieve more.

Failure is something we’re familiar with at Dad’s Garage, as well as the resilience that comes from embracing it. We recently received a Georgia Governor’s Award for the Arts. We applied four years in a row, being rejected every single time before achieving success this year.

When I was working on this most recent application, many folks asked me why I was putting so much energy into something we had failed multiple times at. They’d ask: “Do you really think Dad’s Garage could win this award?” Truthfully, I didn’t know the answer. I wasn’t sure we would ever get such a prestigious honor.

But to stop applying for the award would be against the ethos of improv — to quit doesn’t represent resilience. Instead, I decided to talk about overcoming failure in our recent application, and how our theatre had been resilient through the pandemic.

And it turned out that we got the award. We wouldn’t have received it had we not had the resilience to overcome years of rejection. All it took was a bit of practice failing, some confidence, and a “yes, and…” attitude. That’s resilience.