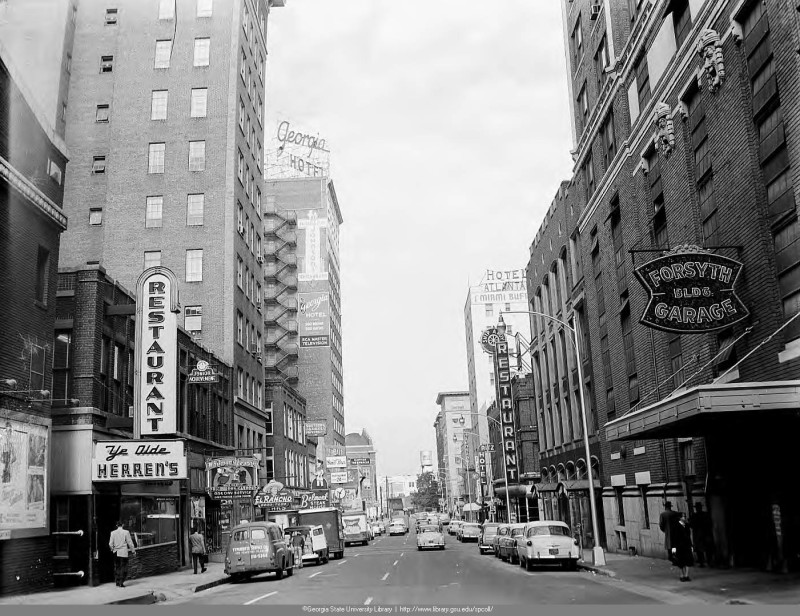 This week guest columnist PEARL MCHANEY, a Georgia State University professor, discusses how voices from our past speak to our present.

Speaking at Duke University in 1954 at the height of the Cold War, when threats were thick and fears were rampant, Eudora Welty said, “Mutual understanding in the world being nearly always, as now, at low ebb, it is comforting to remember that it is through art that one country can nearly always speak reliably to another, if the other can hear at all. Art, though, is never the voice of a country; it is an even more precious thing, the voice of the individual, doing its best to speak, not comfort of any sort, indeed, but truth.”

I didn’t have this quotation in mind when I organized the upcoming Southern Writers Onstage: Living in the Jim Crow South, a series of dramatic readings at the Balzer Theater at Herren’s—itself a historic space (in 1963, Herren’s was the first downtown restaurant to voluntarily open its tables to African Americans). But now, with inflammatory rhetoric about citizenship, the value of lives black, brown, and white, and the memorialization/revision of history, I feel that hearing the carefully written words of Booker T. Washington, W. E. B. Du Bois, Richard Wright, and Ernest Gaines will help to ground us in our shared past and give us opportunity to engage in reasoned discourse. 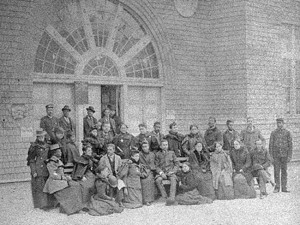 African Americans at the Cotton States and International Exhibition in 1895

Where can we begin to hear one another, to listen to the voices of individuals who speak “not comfort of any sort, indeed, but truth”? Such an opportunity, I believe, is made available to us by our urban research university Georgia State partnering with the downtown Theatrical Outfit. Theater’s origins are in creating an open forum for public debate, and universities exist for articulating questions for which we can search for answers. It has long been recognized that the humanities offer windows and doors through which we can learn of other worlds, other people unlike ourselves, and can then, through reflection, better understand ourselves. This process highlights for us our ideas and actions and calls them into examination.

Beginning Tuesday, February 2, and on three following Tuesdays, from 12 to 1 p.m., Georgia State University’s Department of English and Center for Collaborative and International Arts in partnership with Theatrical Outfit at the Balzer Theater at Herren’s offer dramatic readings of work that illustrates living under the Jim Crow laws that regulated racial segregation during a period defined as 1877-1954. We know that Brown v. Board of Education did not end our national apartheid; many believe that a post-racial democracy is an unrealizable ideal. But we must take such opportunities as they come along to educate ourselves of others’ lives. 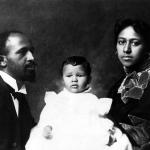 All of the Southern Writers Onstage programs are free and open to the public. I believe that knowing our history, we can create a better future.