Why not risk life and kids by traveling around the world? 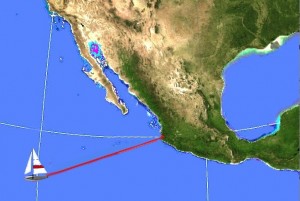 On April 3, just 1,000 miles into their round-the-world voyage, Eric and Charlotte Kaufman radioed for help after their one-year-old had become seriously ill and their boat had broken down.

Adventure and discovery demand we take risk, and we parents measure this all the time when it comes to our kids. One of the greatest adventures is to travel around the world, and the blogosphere is still harshly buzzing about the recent failed attempt (and expensive rescue) by parents Eric and Charlotte Kaufman to sail around the world with daughters Cora, 3, and Lyra, 1.

This saga and debate intrigued me. In a span of five years, I traveled around the world and became a parent. Though separate milestones, my experiences make me one of the quiet supporters of the Kaufmans. Critics can’t comprehend why you would leave the perceived safety of home to see the world, much less take two young children with you.

I can see why they would, and why so many others think they’re crazy.

The negative reaction to the Kaufmans has been harsh, even vicious. They have been flamed so much that last week they disabled the comments section on their family blog.

“I hope you and your dumb looking husband sink at sea someday,” wrote “Carol.”  “You’re a pure dumb (expletive).”

To recap: The family set sail March 19, heading to the South Pacific in their 36-foot boat, “Rebel Heart.” Eric Kaufman was a licensed captain who had already spent much time on the sea with his daughters. Two weeks later, they sent out a distress call that their broken-down boat was taking on water and Lyra was violently ill.

Four pararescuers responded by jumping from a C-130 aircraft and boarding the foundering boat until a Navy frigate could complete the rescue a couple of days later. The estimated $663,000 cost to taxpayers for the rescue was appropriated for rescues; it would have otherwise been spent on training.

“Why should we pay for bad parenting?” screamed the headline for the April 16 column by nationally syndicated columnist Ruben Navarrette. “They don’t seem to understand that the first job of a parent is to protect your children from harm, or that having children changes your life and so it should also change your behavior,” he wrote. “The Kaufmans exercised terrible judgment.”

“The Kaufmans are lucky they aren’t being prosecuted,” he added.

Fears are louder than belief

A week into the Kaufmans’ doomed journey—March 26—was the 21st anniversary of a trip my wife and I took around the world. Our trip was nowhere near as adventurous or dangerous as the one they attempted. Unlike the Kaufmans, we chose conventional means of transportation: commercial flights over the longest stretches of water, boats across the shortest and trains over land. We didn’t we have children at the time. 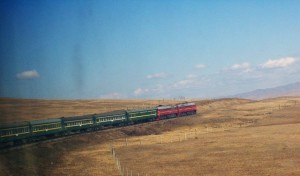 The Trans Mongolian Railway crosses the Gobi Desert. As passengers in 1993, we tied our compartment door shut every night to keep thieves out.

Still, we faced a lot of questions.

“What are you going to do about your jobs?” people asked. Answer: Take a leave of absence.

“How can you afford it?” Answer: This is our life’s savings and we are staying with many family friends.

As we answered, we realized that we had found something greater than the fear and doubt that keep us in a familiar comfort zone: a belief that we could take on this big challenge and, with our wits and help, make it back home.

Criticism is what people do when they choose land and see others setting sail. In the 1873 bestseller, “Around the World in 80 Days,” by Jules Verne, the protagonist (the bachelor Phileas Fogg) bet on himself to circumnavigate the world.

“The large majority shook their heads and declared against him; it was absurd, impossible, they declared, that the tour of the world could be made, except theoretically and on paper, in this minimum of time, and with the existing means of traveling. The Times, Standard, Morning Post, and Daily News, and twenty other highly respectable newspapers scouted Mr. Fogg’s project as madness; the Daily Telegraph alone hesitatingly supported him. People in general thought him a lunatic.”

By the time he left, only one man in a wheelchair had bet on him and bookies weren’t taking any more wagers. “Everything, it said, was against the travelers, every obstacle imposed alike by man and by nature.”

The illusion of security

So why set off?

People like the Kaufmans and the mythical Mr. Fogg and us take off, with children or not, because adventure travel tests one like few other challenges. You cannot return home the same person. That’s what we wanted, and got.

We faced our own risks, though none was a dire as being stranded on a sinking ship. While riding the “Red Rooster,” the Trans Mongolian and Trans Siberian trains from Beijing to Moscow, we had to tie the door of our compartment shut to keep thieves out. 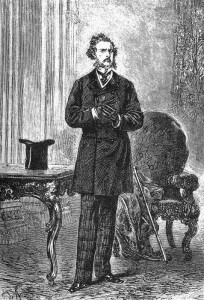 Phileas Fogg, the ridiculed fictional circumnavigator in Jules Verne’s “Around the World in 80 Days.” Sketch by Alphonse de Neuville and Léon Benett (1873).

At the Mongolian-Russian border town of Naushki, we were escorted off the Trans-Siberian Railroad by armed guards and interrogated for carrying improperly dated visas.

We traveled through Egypt at a time when tourists were getting shot at by militants. We rode a bus route in Israel that was bombed a few months later.

Invariably, when we met local people, they asked us about our children, expecting a connection that we could not offer at the time. These conversations were making us think, though. We observed how families survive and thrive under conditions that we would call impractical. Anticipating our children, we didn’t want to default to our comfort zone, though sometimes our best decisions took us there.

The Kaufmans’ boldness reminds me of how many times I have wished that I could take another trip round the world with my two daughters. I wish they could know what it is like to see the white-tipped waves of Lake Tekapo, New Zealand, through the altar window of the Church of the Good Shepherd at dusk on a windy autumn evening, or watch the sun rise on Mount Sinai, or dream about walking beside the Kremlin, as it really is.

I wish their lives could be transformed as mine was. But in this post-9/11 world, would that dream be a safe choice for them?

But recklessness is relative, too. While the Kaufmans on some level did imperil their girls, surely their voyage wasn’t any more dangerous than the decision other parents make to disregard science and not have their children vaccinated, or to keep a loaded gun in the house for protection.

Considering that parents make all sorts of decisions to promote the security and safety of their children, we don’t often consider that the safe way carries its own costs.

“Security is mostly a superstition,” said Helen Keller, who chose to move freely in a world she couldn’t see or hear. “It does not exist in nature, nor do the children of men as a whole experience it. Avoiding danger is no safer in the long run than outright exposure. Life is either a daring adventure, or nothing.”

I choose the adventure.