By Guest Columnist COLLEEN KIERNAN, director of the Georgia chapter of the Sierra Club

It’s May here in Georgia, which means the pollen has washed away, the Braves are digging themselves out of their April hole, and Southern Co.’s annual shareholders meeting is right around the corner.

For years, the company has used the gathering to make a proud presentation of their accomplishments; environmental advocates have brought a litany of grievances forward; and then everyone went home.

This year feels a little different. Two years ago, Southern Co. claimed “Renewable energy sources like wind and solar are not really an option for us in the Southeast.” 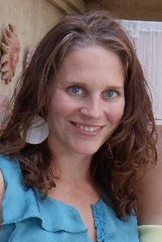 Now the new CEO, Thomas Fanning, says he’s “bullish” on solar. While the new attitude on solar is refreshing, I am puzzled by Southern’s attitude about offshore wind, which is continues to be “it won’t work on the Georgia coast.”

Offshore wind has a critical role to play in breaking our dependence on fossil fuels, even here in Georgia. Let’s do a quick reality check.

Climate change is real; it is a physical thing; it is not subject to the beliefs or wishes of politicians or Pollyannas. Its impacts are already quite apparent to even the marginally awake.

There will be a national renewable portfolio standard implemented in this decade, which will force all states to buy a large and ever-increasing percentage of renewable energy. It is very doubtful that biomass, natural gas or nuclear will be part of this acceptable mix.

When this happens, Southern Co.’s subsidiaries will have no choice but to buy power from Texas wind, New England offshore wind, or, if they get moving, Santee-Cooper and Duke offshore wind in South Carolina and North Carolina.

Georgia ratepayers will be shelling out very big bucks for the mark-ups from these out-of-state providers.

The best way for Southern to position itself for the future is to invest in offshore wind. Since South Carolina and North Carolina have very long coasts, and Georgia a short one, with only the Northern part good for wind development, it makes sense to form a consortium to share the costs and risks of off-shore development. (Duke Power and Santee Cooper are rumored to already be considering this strategy – Southern should seriously consider joining in.)

South Carolina is quickly becoming the southern leader on offshore wind, using $40 million of federal grant money to do a $100 million test facility off the coast of Charleston and dedicating staff of its state energy office to offshore wind.

The federal government is doing its part, as the U.S. Department of Interior has been hard at work over the last several months to streamline and speed up the permitting process for offshore wind.

Despite the fact that a 2007 Georgia Tech study found a developable amount of offshore wind five miles off the coast of Tybee Island, Southern has taken the study off their website and has briefed elected officials that the report shows that there is no developable wind power off the Georgia coast.

The report actually says the opposite. Bill Bullpit, the primary contributor to this report, felt that it was so strong Georgia should forgo further testing and go straight for a fairly large development in order to attain economies of scale (putting in one turbine would be a very expensive proposition per unit, a hundred would be much more economical per unit).

Although the company puts out periodic news releases saying that they continue research the potential, they have had the rights to do this testing since 2007, and have failed to even get the paperwork in. They blame the government, but officials at the Minerals Management Service say they call the Southern Co. every month urging them to get the paperwork in to merely do a test.

The economics of offshore wind seem to be in Southern Co.’s sweet spot. An investor-owned utility makes money for their shareholders by building large, capital intensive projects, which right now for Southern is the expansion of the Plant Vogtle nuclear power plant. They get a guaranteed rate of return on that investment, and then the operating costs, like fuel, which are “pass through” costs, are relatively low.

The fuel for a wind turbine is free! And high-paying jobs are created. If the Vogtle expansion doesn’t pan out, Southern Co. has no “Plan B,” and the shareholders will be left with no alternative but to buy wind power from other out of state companies.

If Southern Co. can get on board with offshore wind, they could have the ability to supply homegrown renewable energy to meet the national renewable portfolio standard.

If Southern Co. puts all of its eggs in nuclear, gas, biomass clean coal, shareholders will lose it all by the end of this decade.