Some 70 years ago, President Franklin Roosevelt gave what was later termed the “Map Speech” – one of his many “fireside chats” with Americans throughout World War II.

In anticipation of this particular radio address, he asked Americans to buy world maps. The response was overwhelming. Millions of citizens listened to the President’s address on February 23rd, 1942, where he detailed the progress of the wars, both in Europe and the Pacific, while folks at home used their maps to follow along.

Certainly the Atlanta region is not facing a war, but we are tasked with the challenge of informing residents about the Regional Transportation Referendum on July 31.

This is our first regional vote of any kind, on any topic, and billions of dollars are at stake – $8.5 billion to be exact.

We were inspired by President Roosevelt’s approach to involving and informing citizens in a very personal and convenient way. That’s why the Atlanta Regional Commission (ARC) has launched a 21st Century version of the fireside chat.

Starting on June 4, residents in the 10-county area are invited to participate in any of 12 Wireside Chats. These hour-long telephone conversations, hosted by local officials from each county and the City of Atlanta, will feature a brief overview of the referendum and some of the major projects. Participants can examine project maps and ask questions during the chat. Every question will be answered. 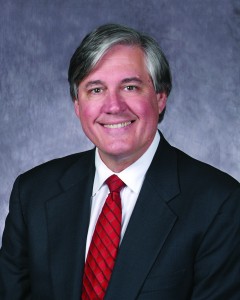 Like the fireside chats of 70 years ago, these discussions are meant to connect residents from the comfort of their homes, to local officials who know the details of the project list. It’s a person to person way to better understand the big decision that lies before us on July 31.

So, why should you care enough to learn more? ]

Most everyone in metro Atlanta agrees that we have a traffic congestion problem. Funding for transportation improvements at the federal, state and local levels is shrinking. It’s a math problem, really. But, the equation changed in 2010. The Georgia Legislature, after several years of deliberation, decided to allow local regions throughout Georgia to decide if they want to invest in their transportation future.

That was a huge step for our state. Our 10-county region, along with the others around the state, worked through roundtables of elected officials last year to whittle down their vast list of needs. They came up with robust set of priority projects that can be realistically funded by a 10-year, penny sales tax. Some 200,000 residents of the Atlanta region participated in selecting our 157 projects.

The result is a diverse set of projects, including new and improved roads, interstate interchange improvements, safety enhancements, light rail and bus transit, bike trails and sidewalks. These are significant and can bend the trends when it comes to traffic, as well as giving our region a much needed economic boost.

ARC analyzed the project list through extensive computer and economic modeling, involving a committee of regional economists, who were tasked to be conservative.

Here’s what we found:

• There will be a 24 percent average decrease in future travel delays for roads improved with referendum funding.

• Air quality will improve, equivalent to taking 72,000 vehicles off the roads every day.

• On the economic front, referendum projects will provide a 4 to 1 investment return for the region. The $8.5 billion investment will generate a $34 billion increase in our Gross Regional Product.
• We’d also realize an estimated $9.2 billion in travel time savings through 2040. Less time wasted in traffic means money in your pocket and more family and leisure time.

• Finally, economists have estimated that these transportation investments will create or support 200,000 jobs. Some 34,000 of those jobs are in the construction industry, a major casualty of the great recession.

It is time for us to come together and have a serious chat, to really get the facts in order to make the best decision we can for our future. Other regions have passed such referendums – Denver, Salt Lake City, Charlotte, Phoenix – and are moving ahead with their projects.

Will we take a civics lesson from 70 years ago and participate fully in this important decision? I invite you to sign up and join in at www.wiresidechats.com.

Billions of dollars and our future are on the other end of the line.