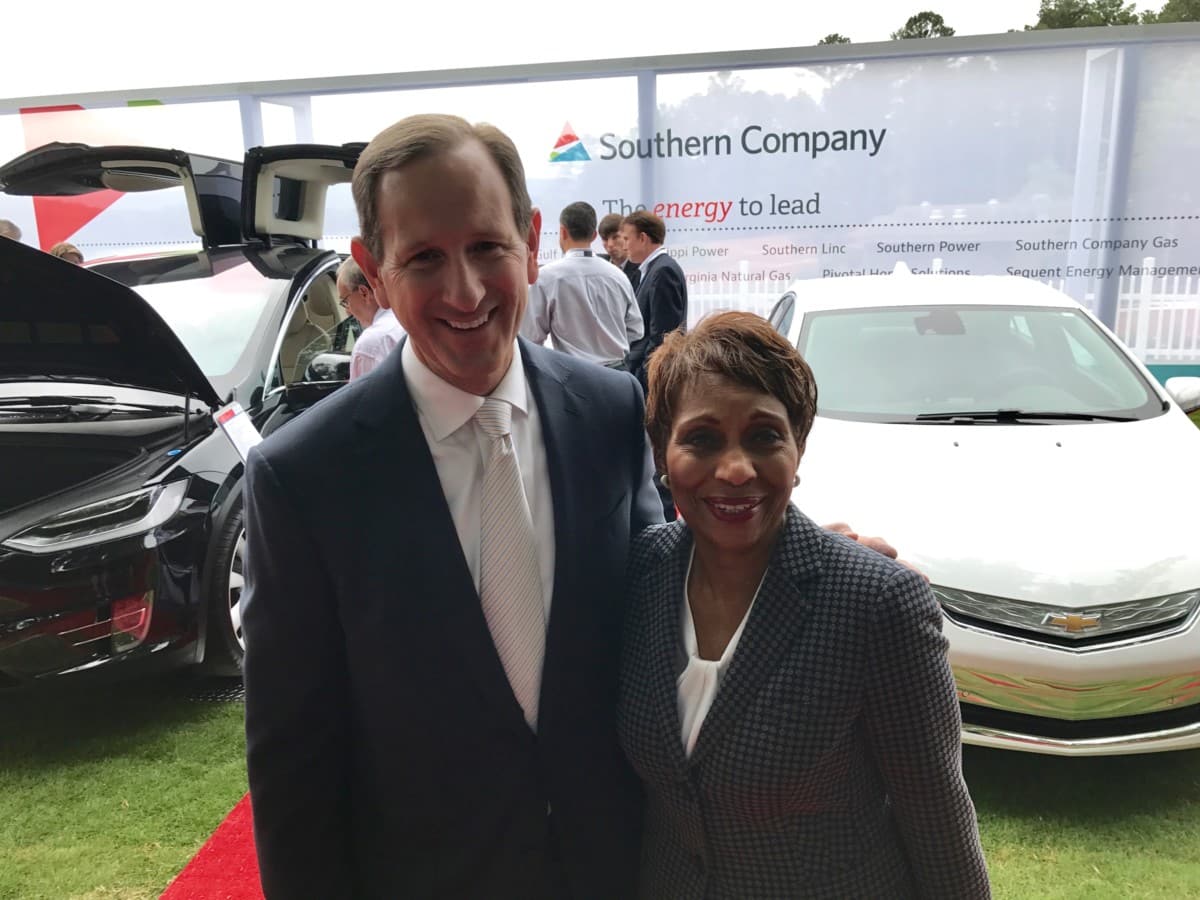 A year ago, Atlanta-based Intercontinental Exchange Inc. only had one woman on its board. Today, the owner of the New York Stock Exchange has three, reflecting a growing trend among Georgia’s top public companies of having at least three women on their boards.

That’s one of the findings of the just-published 2017 OnBoard study of women directors and executives of Georgia’s publicly owned companies. 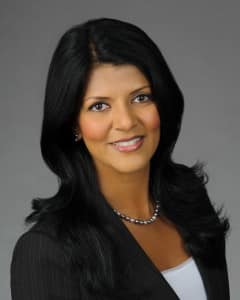 “Research shows that there’s a power of having three women on a board,” said Rona Wells, executive director of OnBoard.

One of the women who was added to ICE’s board this year is Duriya Farooqui, executive director of the Atlanta Committee for Progress and former chief operating officer for the City of Atlanta.

“There was a conscious effort to add more women and diversity to the ICE board,” Farooqui said. “Having a critical mass of women really does make a difference in the chemistry of a board.”

Eighteen of Georgia’s 131 publicly owned companies today have at least three women on their boards, up from 12 last year (there were only four in 2009). Three companies that had three women on their boards last year did not make the 2017 list: Popeye’s Louisiana Kitchen, EarthLink Inc. and Gray Communications (Popeyes and EarthLink were acquired in the past year). The 2017 list includes nine new companies, including ICE, that have chosen to have at least three women directors.

“Three seems to be the magic number,” said Juanita Baranco, co-CEO of Baranco Automotive, who is one of three women serving on Southern Co.’s board. “When you have one, it doesn’t matter whether you’re talking of women or minorities, it reeks of tokenism. Two is better. But when you have three, it benefits the entire board.”

OnBoard’s 2017 study is significant for several reasons. It is the 25th year the organization has been tracking women on the boards of Georgia’s public companies, and it provides a bookmark for change. Sarah Ernst, a health-care lawyer for law firm Alston & Bird LLP who is president of OnBoard, said that in 1993, Georgia was the first state in the country to conduct such a comprehensive analysis of women directors. 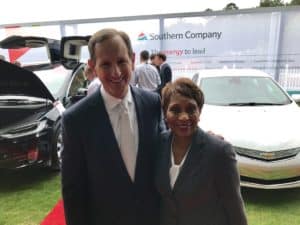 Georgia has 16 companies listed in the Fortune 500, and all of them have at least one woman director with 12 having at least two.

Still, Ernst said she would think those numbers would be higher in Georgia given that it’s a mecca for African-American education and business.

When it comes to women executives working for Georgia’s public companies, there has been little movement. In 2017, 83 of the 664 executive officer positions listed in Securities and Exchange Commission filings were held by women (12.5 percent). By comparison, it was 12.1 percent in 2016.

Men hold 86 percent of the board seats of Georgia’s public companies, a long way from parity. Among the nation’s Fortune 500 companies, a study by Heidrick & Struggles has estimated that there won’t be parity of men and women until 2032.

That’s one reason why OnBoard has themed its annual dinner on Nov. 8 as “25 years and counting,” said Cheri Husney, OnBoard’s president-elect who is executive director of market development for KPMG in Atlanta.

Husney said the hope is that companies will be more intentional to have diverse boards moving forward.

An encouraging sign is what OnBoard refers to as the “fill rate.” Of the percentage of the 89 Georgia board seats filled in the past year, nearly 25 percent were taken by women, up from 20 percent in 2016. In 2015, the fill rate for women was only 11.5 percent.

“We need to make sure we have enough women in the pipeline,” Ernst said, explaining why it’s so important to have women in executive suites. “When people say to us they don’t know any qualified women, we can be a resource. We’ve got a national list we can draw from.”

Baranco said she has seen it all over her career — serving on boards where she’s been the only woman to serving on Southern Co.’s board with two other women.

“Having three women directors makes everyone more comfortable,” she said. “I’ve experienced this firsthand so I know it makes a difference. It normalizes the whole process of board service. It takes it from being a novelty to normalizing the entire process.” 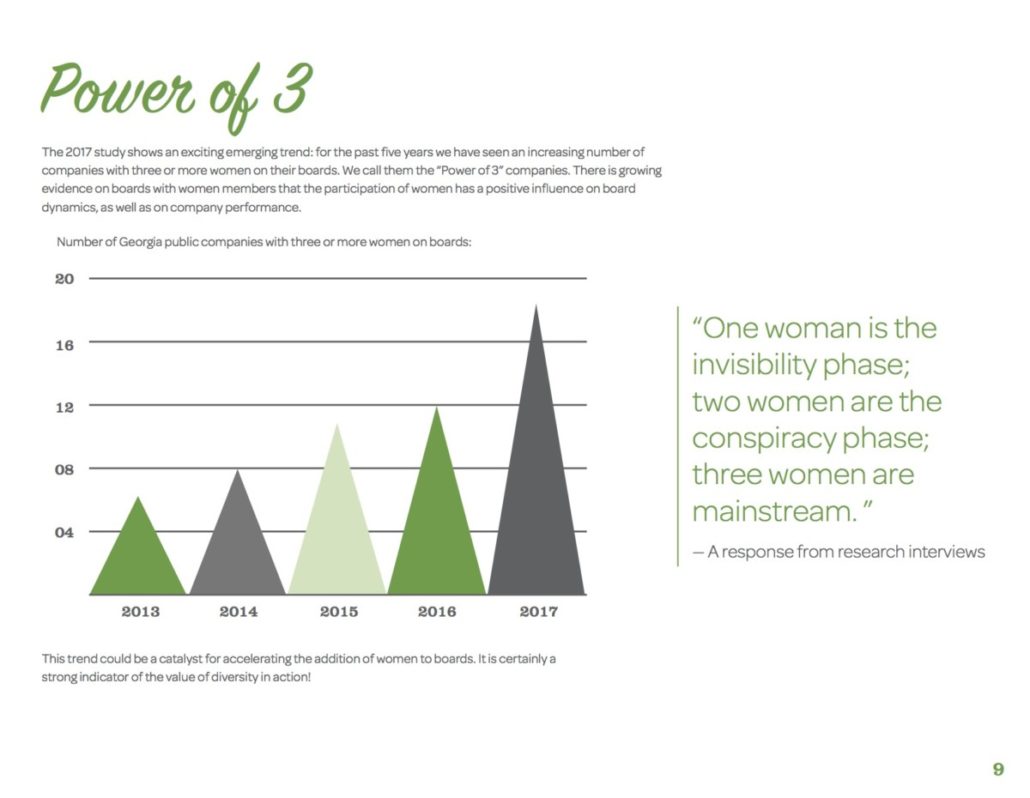 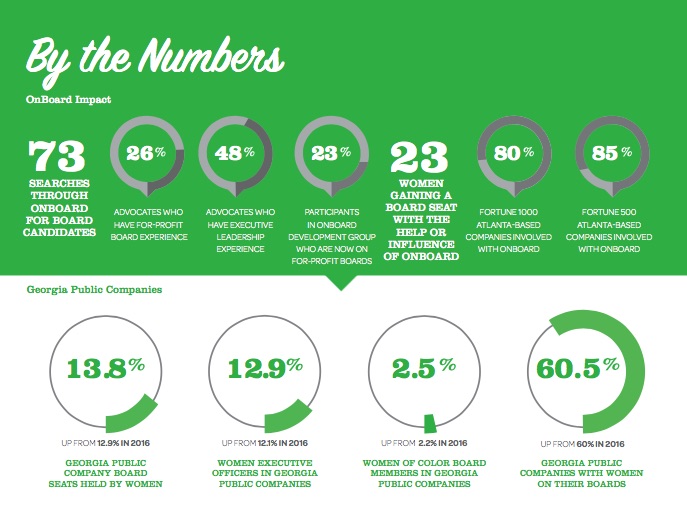