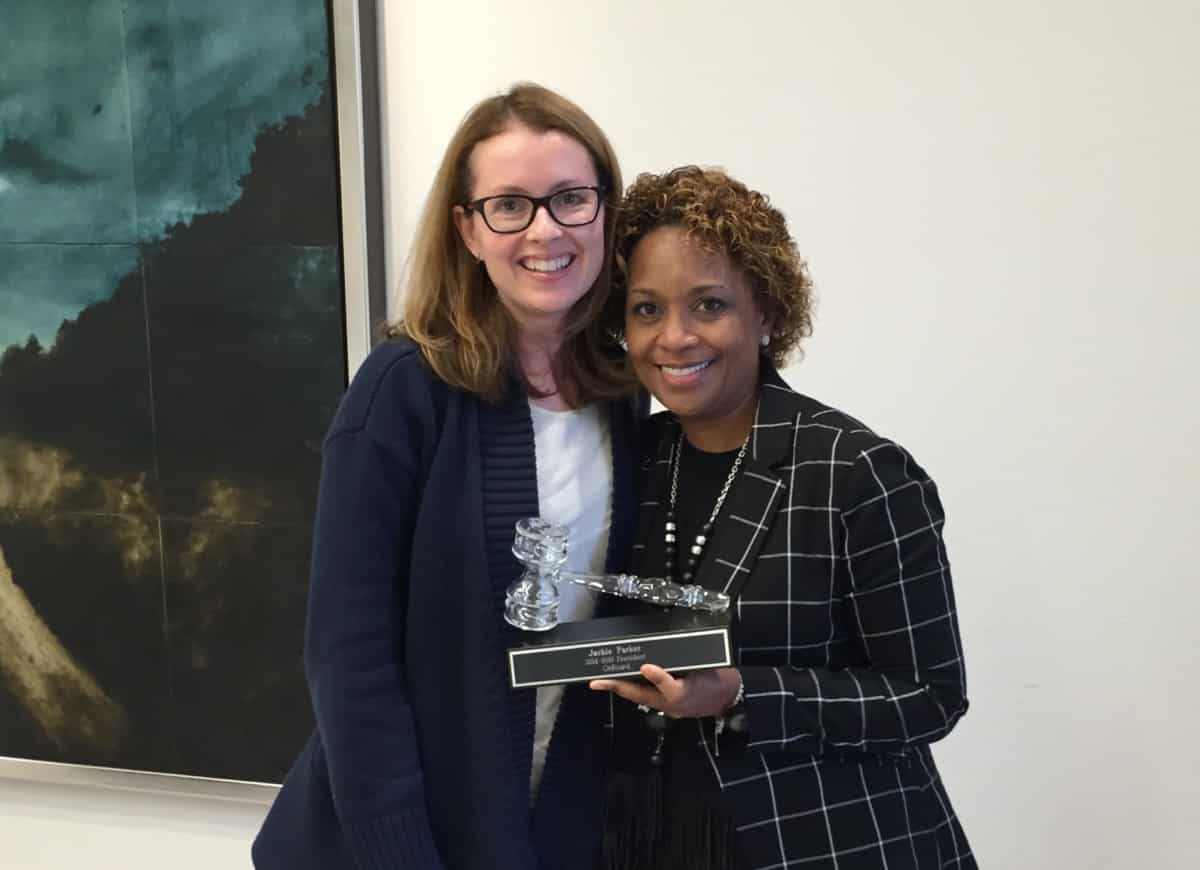 Sixty percent of Georgia’s public companies now have one or more women on their boards of directors.

“My personal view is that we are accelerating. We are finally getting traction, and people are understanding the concept of critical mass and the importance of diversity in the board room and in executive suites,” she added. 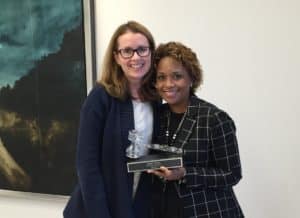 OnBoard was scheduled to present the study’s results at its annual dinner Nov. 9, which honored Cheryl Bachelder, CEO of Popeye’s Louisiana Kitchen, with the group’s prestigious Lettie Pate Whitehead Evans award. Popeye’s reached the “critical mass” level this year.

Today, Georgia has 11 public companies that have reached a “critical mass” of women directors – at least three women making up at least 25 percent of the board seats. That is a jump from eight last year, which included two companies that didn’t make the 2016 list – State Bank Financial Corp. and Coca-Cola Enterprises Inc.

Also, AGL Resources which had three women on its board but not 25 percent representation, was acquired by the Southern Co., and is no longer listed.

Meanwhile, State Bank Financial Corp., has added another woman to its board – Anne Kaiser of Georgia Power – so it is now back to having four women directors, but that addition came after the closing date of the study.

When OnBoard first started counting the number of women directors on the board of Georgia’s public companies in 1993, Genuine Parts had an all-white male board. But that same year, the auto parts company named Alana Shepherd to its board. Today, Genuine Parts has four women on its board, giving it one of the highest percentages (30.1 percent) of women directors on Georgia’s top public companies. “Gender is not the key determinant,” said Tom Gallagher, Genuine Parts’ chairman. “We look for capability and competency.”

Rona Wells, OnBoard’s executive director, said the growth in the number of companies with three or more women directors is a welcome trend. “It shows that women on boards are no longer a token one or two women,” she said “People are really starting to take it to heart, and they have seen the richness of board discussion when there is a critical mass.”

Another encouraging finding in the study, Wells said, is the improved “fill rate” – the percentage of new board seats that were filled in the past year. Almost 20 percent of the new board seats were filled by women, compared to only 11.5 the year before.

The number of seats filled with a woman has never exceeded 13 in a year until 2016, when 18 seats were filled.

Wells said there is still more work to be done. Men still hold 87 percent of all the board seats among Georgia’s public companies. And there still are 50 public companies (40 percent) with no women on their boards. But both Wells and Ernst said it’s just a matter of time for these numbers to improve – taking comfort in companies like Genuine Parts that have become more diverse.

For Gallagher, each woman director that has joined the board has brought expertise important to the company.

The two newest directors, Betsy Camp of DF Management and Donna Hyland of Children’s Healthcare of Atlanta, are no exception. “We got to see them at other boards and were struck by their professionalism and capabilities,” Gallagher said. “Nobody is on our board because of gender. They are there because of their skills. ”

60% of Georgia’s 125 public companies have one or more women on their boards of directors.

16 Georgia public companies have the revenue to be in the ranks of the Fortune 500, and all have at least one women director. Eleven have more than one woman director. In this group, women hold almost 19% of the total director positions, similar to 2014 and 2015.

Critical mass for diversity is considered at least three women comprising 25% or more of a company’s board. In the 2016 study the companies meeting this critical mass definition at the time of the data cutoff are*: Popeyes Louisiana Kitchen (4), Genuine Parts (4), The Coca-Cola Co. (4), Carter’s, EarthLink Holdings, Gray Television, Halyard Health, Haverty Furniture Companies, Primerica, The Home Depot and UPS. Southern Company also has 3 women but 20% of the board.

Women of color hold 2.2% of the 952 board seats in Georgia, the highest percentage since OnBoard started tracking this trend in 2001. Per Catalyst.org (March 2015), the Fortune 500 U.S. companies have 3.1% women of color board seats.

111 different women hold current board seats in Georgia public companies. Of those, 10 women sit on two Georgia boards and one sits on three. Some of the women are also on the boards of non-Georgia based companies. 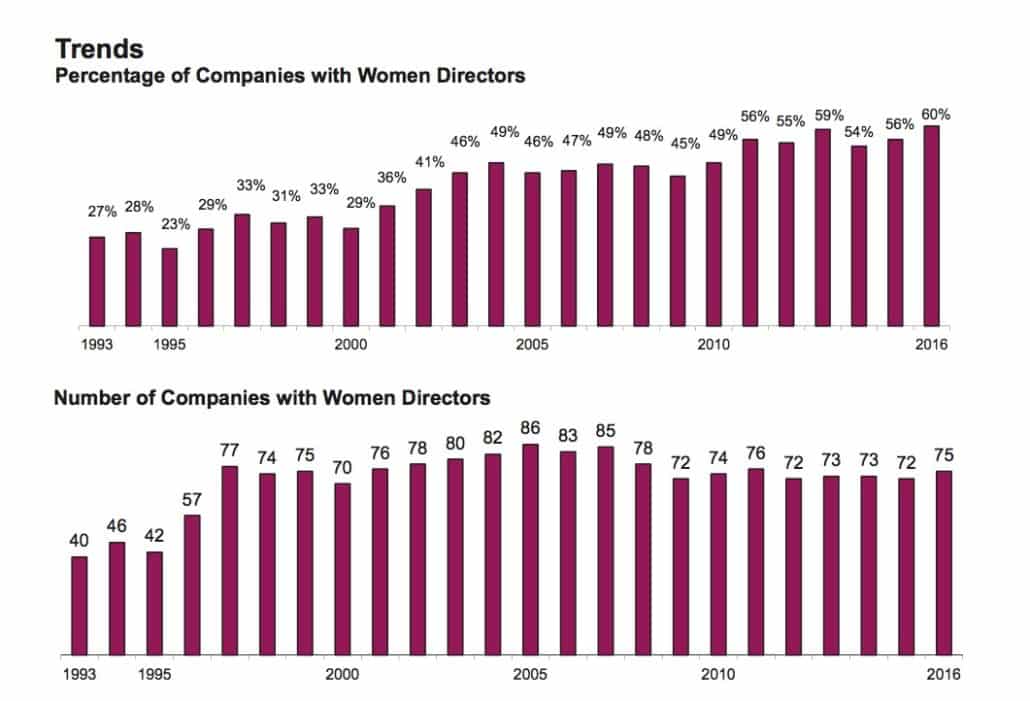