The Woodruff Arts Center has named Janine Musholt, the chief development officer for the U.S. Olympic Committee, as its new vice president of advancement.

Musholt, who will begin her new role on June 1, will succeed Beachamp Carr, who retired last year after leading the Woodruff Arts Center’s advancement efforts for 35 years. 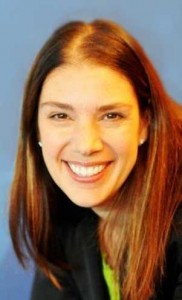 In total, the four divisions and the Woodruff Arts Center raise about $35 million each year to support their artistic and education programs.

By selecting Musholt, Atlanta is reconnecting to its Olympic legacy — having hosted the 1996 Summer Olympic Games.

Under her leadership as chief development officer for the USOC, which is based in Colorado Springs, Co.  the organization raised more than $50 million annually and increased contributions each year from 2009 through 2012.

Musholt created the USOC’s development strategies and led its multi-channel fundraising program, including gifts, capital projects, direct mail, telemarketing, grants and gift planning.  She capitalized upon digital media and social networking to help contemporize the USOC’s fundraising efforts, according to the announcement made Monday by the Center.

“Janine is a perfect choice to lead the advancement efforts for the Woodruff Arts Center,” said Virginia Hepner, CEO of the Woodruff.  “She has been very successful in working with individuals, corporations and foundations on behalf of the USOC while also providing fundraising guidance and leadership for 47 distinct Olympic sports organizations.  She understands the opportunities we have at the Woodruff and can’t wait to get started.”

In the release, Musholt said: “I’m excited to have the opportunity to join one of the nation’s best and largest arts organizations. I’ve had a lifelong passion for the arts and I’m thrilled to be able to marry my fundraising experience with my love for music, art, theater and education.   I love my work – truly fundraising for causes that matter – so I’m excited for all that’s ahead of us at the Woodruff Arts Center. “

Larry Gellerstedt, board chairman of the Woodruff Arts Center and CEO of Cousins Properties, said it is critical for Atlanta to continue investing in the arts.

“The Woodruff is a jewel of the Southeast and has been able to thrive because of the investment in the arts by the Atlanta community,” Gellerstedt said.  “To advance our mission of bringing art and arts education to the city, state and region, we will need that support to continue and grow.  Janine will be a tremendous leader for the Woodruff as we work to build on that legacy of success.”

Prior to joining the USOC, Musholt was vice president of fundraising for the U.S. Ski and Snowboard Association.  In addition, she has served as a volunteer board member for the Colorado Springs Philharmonic and served as development committee chair for that organization.

A New Jersey native, Musholt received a bachelor’s degree in American studies from Dickinson College in 1988.  She will be moving to Atlanta from Colorado Springs with her husband, daughter and two dogs.

“We are looking so forward to moving to Atlanta: a beautiful city, great arts scene, vibrant community and a terrific place to raise a family,” Musholt said.