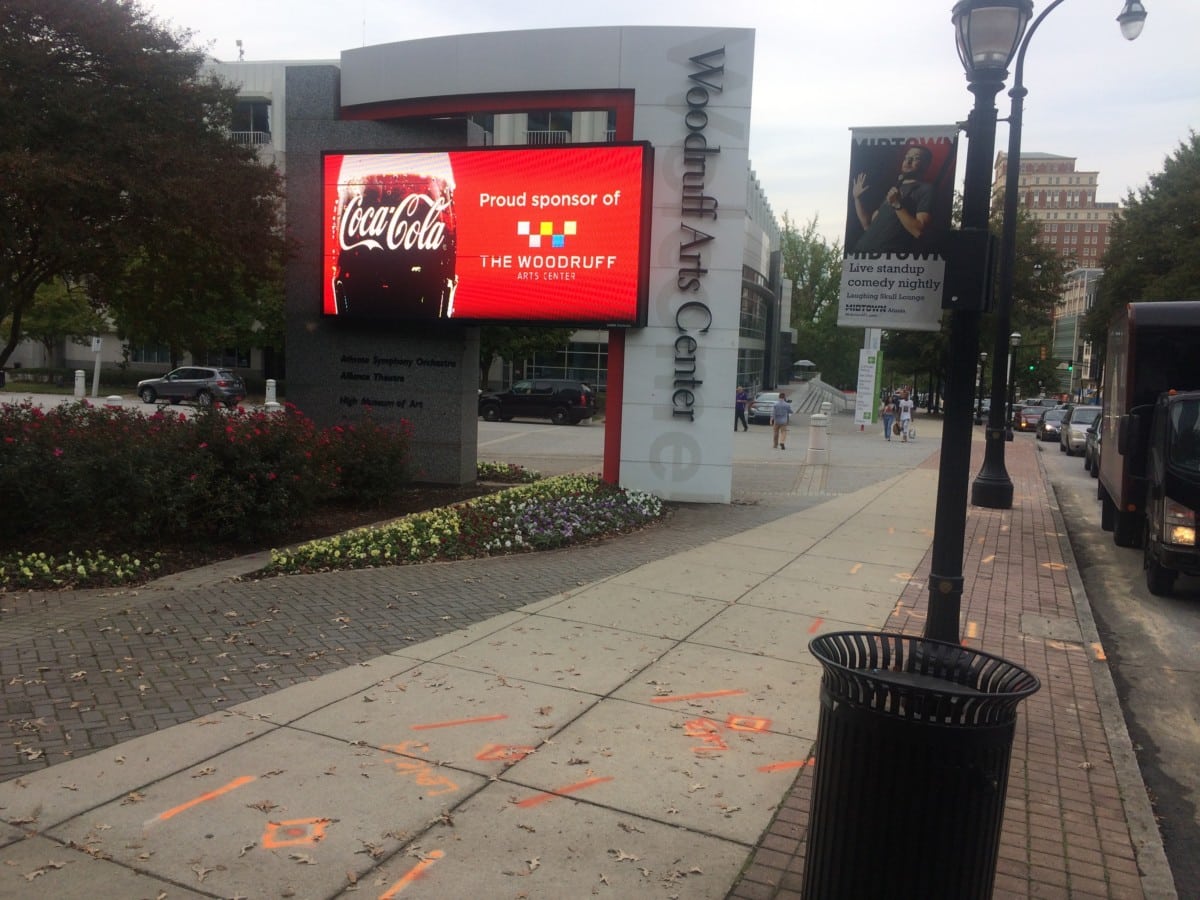 Woodruff Arts Center displays support from the Coca-Cola Co. The main stage of the Alliance Theatre to be renamed the Coca-Cola Stage (Photo by Maria Saporta)

Raising more than $10 million over its goal, the Woodruff Arts Center’s Transformation Campaign ended up raising  $110 million more than two years ahead of schedule.

It is one of several highlights of the campaign. 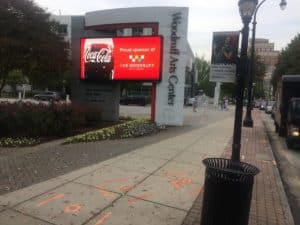 Woodruff Arts Center displays support from the Coca-Cola Co. The main stage of the Alliance Theatre to be renamed the Coca-Cola Stage (Photo by Maria Saporta)

The City of Atlanta also ended up contributing $1 million to the campaign.

“It’s a fantastic gesture on the mayor’s part and the city’s part,” Hertz said. “We have the third largest arts center in the country, yet as a state, we are 49th out of 50 in public funding for the arts.”

Reed explained why the city was contributing to the campaign, which received particularly strong support from foundations, families and individuals.

“The leading cities of the world invest significantly in arts and culture, and Atlanta should be no different,” Reed said in a statement. “We’re fortunate to have the Woodruff Arts Center which has been bringing world-class art and arts education to Atlanta for nearly 50 years as a centerpiece of our thriving arts community. Providing this support to the Arts Center is both a privilege and a responsibility, and we are pleased to have been able to contribute to this vital campaign.”

The Delta Air Lines Foundation of $2.5 million also completed the $25 million effort for the Musicians’ Endowment Fund. That means the Atlanta Symphony Orchestra will have the endowment to support 11 musicians – assuring that the size of the orchestra will total 88 members rather than 77.

The scope of the campaign was made possible by a $38 million gift in November 2014 by the Robert W. Woodruff Foundation. The related Lettie Pate Evans Foundations also contributed $6.6 million to the organization primarily in increase the accessibility of the Center to families.

“I’m more gratified than I’m amazed,” Hertz said of the successful campaign. “I’m gratified by the support of the community and individuals. Certainly the Woodruff Foundation gift toward the endowment was an incredible impetus.”

Virginia Hepner, president and CEO of the Woodruff Arts Center, said the campaign lived up to its name by helping transform the cultural institution.

“With the Woodruff Foundation’s catalytic gift, it really inspired our board and the institution to go for the higher goal,” Hepner said in an interview. “That inspired the rest of the community to invest in us. So many people have been rooting for us, and people have been incredibly generous. We are on a stronger path.”

Janine Musholt, senior vice president of advancement for the Center, said the campaign had 700 distinct donors from across the community to participate in what Center leaders have been calling Phase 1 of the Transformation Campaign.

The campaign’s capital centerpiece was the Alliance Theatre, which is undergoing its first complete remodel in its 48-year history. 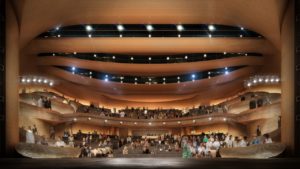 “As a result of this transformation, the Alliance is going to be able to offer our patrons and our artists an iconic and defining space in which to experience and make theater,” said Susan V. Booth, Jennings Hertz Artistic Director.  “How incredibly fitting to be able to name that space in recognition of one of Atlanta’s most iconic and defining community partners, The Coca-Cola Company.  We are deeply grateful to them for their extraordinary generosity, and for the army of Alliance supporters who have brought us to this fantastic moment.”

The Alliance Theatre has retained the services of the New York City studio of Trahan Architects, led by founder, Victor F. “Trey” Trahan and partner Leigh Breslau to design the reimagined facilities of the Alliance. The project will include a complete transformation of the Alliance’s main stage, the theater’s rehearsal spaces, education spaces, and artist support spaces.  The remodel will provide significant enhancements to patron experience, technology, and infrastructure.

The renovation is scheduled to begin in spring 2017.  During that time, the Alliance will produce its 2017/18 season in different venues around Atlanta, celebrating Atlanta’s diverse arts, cultural, and education destinations.  It will return to the Coca-Cola Stage at Alliance Theatre in the fall of 2018 in time for its 50th anniversary season.