Working to protect reproductive rights is more important than ever

Georgia voters who care about reproductive freedom have the opportunity to do more than wave protest signs by actively supporting candidates for the United States Senate, governor, attorney general and the Georgia House and Senate between now and November.

As a reaction to the SCOTUS decision which overturned 50 years of court protections for reproductive freedom, on Friday (7-15) Congress passed measures that would codify the protections of Roe v. Wade and reaffirm the right for those seeking an abortion to freely travel across state lines. However, those national measures are expected to fail in the deadlocked 100-member Senate.

How governors, attorneys general and legislators view reproductive freedom is now critically important if new state-based laws are to reflect the views of the 61 percent of Americans who support abortion and autonomy over coerced reproductive medical choices. 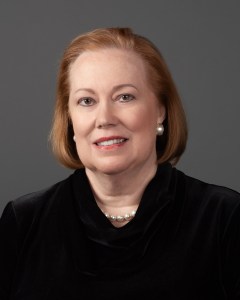 Melita Easters is the executive director and founding chair of Georgia WIN List, the state’s leading PAC for electing pro-choice Democratic women. A former journalist and
UGA grad who grew up in rural Georgia, she is also a regular panelist on The Georgia Gang, Atlanta’s longest running public affairs program which airs Sunday mornings on
Fox 5 at 8:30 a.m. She has two daughters and nine grandchildren.

In Georgia, a record-setting number of pro-choice Democratic candidates offer voters an alternative to Republicans who vote in lock-step with their party and against the wishes of the majority of voters who support reproductive freedom.

Georgia’s six-week abortion ban passed in 2019 by 92 to 78 — one vote more than the required constitutional majority. This was by far the closest margin in any of the six states which passed restrictive abortion laws in the first six months of 2019. Georgia’s close vote can be attributed to efforts that have increased the percentage of women legislators — 30.5 percent at the time — when compared to other states passing similar restrictive laws. Three additional pro-choice House members were elected in 2020.

Until recently, Georgia enjoyed a long history of supporting reproductive freedom and medical autonomy. In 1968, abortion laws in Georgia and North Carolina were less restrictive than those in New York or Massachusetts. A Georgia case, Doe v. Bolton, was argued before the Supreme Court on the same day as the Texas case, Roe v. Wade.

Until final court rulings on HB 481 are determined, abortion remains legal in Georgia and clinics remain open. If the 11th Circuit Appeals Court affirms HB 481, state court challenges are expected to be filed immediately based on state protections for privacy, the underlying issue in Roe v. Wade. Those state protections arise from a 1905 Georgia Supreme Court ruling in the Pavesich v. New England Life Insurance Company case which gives Georgia citizens some of the strongest privacy protections in the nation. The Georgia case has been cited in 209 legal cases, including four SCOTUS rulings.

While lawyers continue to file briefs and present arguments this summer, candidates are taking their messages about reproductive freedom and medical autonomy straight to voters on the campaign trail.

November will reveal whether abortion and reproductive medical options rank at the top of voting considerations for Georgia’s independent voters and suburban women who in the past voted primarily for Republicans. This highly charged issue adds extra wattage to the international spotlight already making Georgia the proverbial center of the political universe this November:

The protection of reproductive freedom has been the mission of Georgia WIN List throughout its 22-year history as the group has helped elect more than 75 women, 46 of whom currently serve. Four Georgia WIN List candidates flipped seats from Republican to Democratic control in 2020 — three in the House and one in the Senate.

During a Capitol press conference on July 21, Georgia WIN List will announce a slate of 22 new legislative endorsements bringing the total to 59 endorsed women on the ballot in November — three for statewide office, 10 for Senate Seats and 36 for House seats. Six of those legislative candidates prevailed in Primary only contests and are already WINners for the year.

This record-setting number of women candidates on the ballot in November gives those who care about reproductive freedom an option to decisively demonstrate how much reproductive freedom matters to them, their children and grandchildren. November presents a test for the importance women voters and activists place on protecting their reproductive medical options.

What will you do between now and then?