World War I, influenza, and stories of heartache

This week, Allison Hutton, of Georgia Humanities, reflects on the “Spanish flu” of 1918-1919 and how it has been used to tell stories of wartime heartache.

Downton Abbey. Tara. Atlanta. We could play a game of which-one-of-these-is-not-like-the-other, but there is a thread that connects them all: the influenza pandemic that swept the world, and hit close to home, too, on the tail end of World War I, from 1918 to 1919.

If you know one thing about World War I, it might be that the conflict marked the point in time when battlefield technology outpaced battlefield tactics. Artillery, machine guns, tanks, and poison gas made it difficult for both sides to wage war as they had in the past — troops could not simply advance toward each other across open ground as they once had. Soldiers entrenched, but were still sent in wave upon wave to meet the enemy. . .except they were mowed down by the aforementioned technology. Imagine the carnage. Imagine the deaths: more than 8.5 million combatants dead in four years. Now imagine this: 50 million more deaths of soldiers and civilians alike from pandemic. 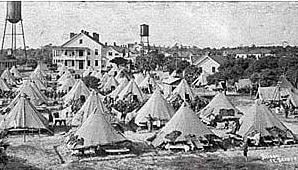 Downton Abbey, the massively popular Masterpiece Classic series on PBS has helped us imagine. It showed us beloved family members and friends leaving for war and returning home wounded, maimed, and dying. It showed us how, when the world was just returning to its new, postwar normal, an influenza pandemic turned things upside down again. Two characters, Cora, Countess of Grantham, and Lavinia Swire, fiancée of Matthew Crawley, heir to Downton, were taken ill. Cora recovered, but Lavinia died. Imagine: very nearly paralyzed by a war injury, Matthew recovers to lose his fiancée and the future they had imagined together. (Fans will, of course, know that the death of Lavinia cleared the way for the long-awaited coupling of Matthew and Mary Crawley, eldest child of the earl and countess.) Melodrama aside: imagine the piling up of tragedy after tragedy. (Little wonder so much of the plot of Downton revolved around whether the Crawley sisters would ever find anyone to marry!)

Because it is called commonly called the “Spanish flu” (Spain was initially believed to have been hit particularly hard by the disease), it seems to follow that the pandemic was a consequence of war, i.e., close quarters and the mass movement of people across the globe.  War may have complicated things, but it did not “cause” the pandemic. In fact, influenza was everywhere, simultaneously, from England to Atlanta and beyond. 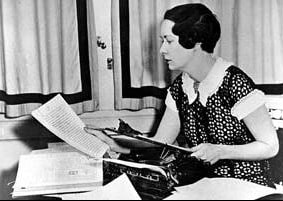 Margaret Mitchell was a student at Smith College when her mother became ill. Courtesy of the Atlanta Journal-Constitution

In September 1918 influenza struck Georgia through its military camps — first Fort Screven on Tybee Island, then Camp Hancock in Augusta, and then Camp Gordon near Atlanta. While Camp Gordon was quarantined to prevent the spread of disease, influenza appeared in Atlanta, likely spread by traveling civilians, in early October. Atlanta’s defense was social distancing: through the closures of schools and other public places like libraries, theaters, and churches, people were discouraged from gathering together. Still, the flu spread in Atlanta to around 2,000 cases. Because the number held steady rather than swelling, by the end of October, Atlanta’s city council voted to end the closure of public places.

A second wave of the disease hit Atlanta in late November. In January 1919 it was observed that patients with influenza were also suffering from pneumonia, increasing the death toll. It was this deadly combination of disease that would bring Margaret Mitchell, the future author of Gone With the Wind, who was then in her freshman year at Smith College in Northampton, Massachusetts, home to the bedside of her dying mother, Maybelle.

The possibility of her mother’s death was not the only harrowing situation Margaret had faced of late. Her brother, Stephens Mitchell, had been drafted to fight in World War I. Her fiancé, Clifford Henry, himself a soldier, had died in October 1918 from wounds sustained in battle. Her father, Eugene, had fallen ill with influenza at the end of 1918. His convalescence, as well the threat of contagion in Atlanta, had prevented Margaret from returning home for Christmas that year. 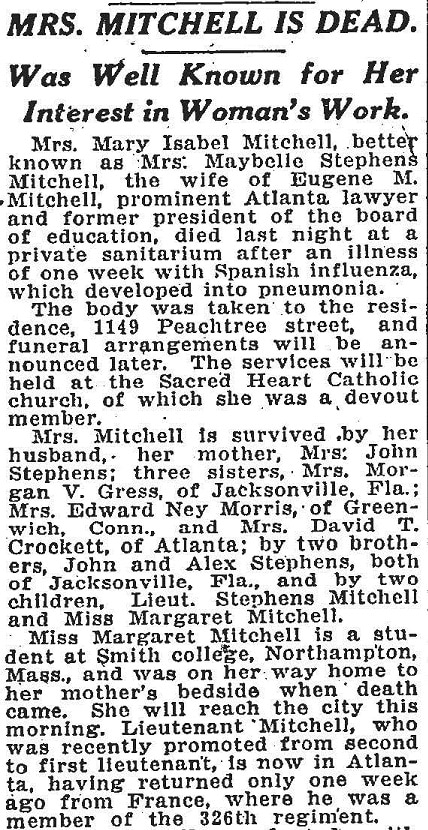 Mrs. Mitchell’s obituary appeared in the Atlanta Constitution on January 26, 1919.

Margaret’s father recovered, but her mother, Maybelle, then took ill. On January 22, Eugene wrote to Margaret about the seriousness of her mother’s illness. On January 23, Maybelle dictated a letter bidding Margaret farewell. Before the letter arrived, Margaret learned by telegram that her mother had fallen into a coma. She immediately left for Atlanta. Met by Stephens at the train station, Margaret knew from the expression on his face that her mother had already died. Imagine: fearing for your brother, mourning for your fiancé, worrying about your father, narrowly missing the chance to bid a last farewell to your mother. She was only 18 years old.

Later, after Margaret had written Gone With the Wind (1936), she acknowledged that the novel had been inspired by stories of the Civil War passed down by family members. She always denied, however, that the novel’s heroine, Scarlett O’Hara, was in any way autobiographical. Fans and students of the novel beg to differ, citing, among other things, one pivotal scene in the life of the author and her heroine:

Having narrowly escaped the burning of Atlanta and endured a treacherous journey home to Tara, the family plantation, Scarlett is greeted by an unexpected reality: her home has been devastated by war and illness, and her mother, Ellen, lies dead of typhoid. Scarlett is too late to even say goodbye: “The long road from Atlanta to Tara had ended, ended in a blank wall, the road that was to end in Ellen’s arms. Never again could Scarlett lie down, as a child, secure beneath her father’s roof with the protection of her mother’s love wrapped around her like an eiderdown quilt. There was no security or haven to which she could turn now. No turning or twisting would avoid this dead end to which she had come. There was no one on whose shoulders she could rest her burdens.” At this point in the novel, Scarlett is only 19 years old.

Georgia Humanities is proud to partner with Georgia’s World War I Centennial Commission.