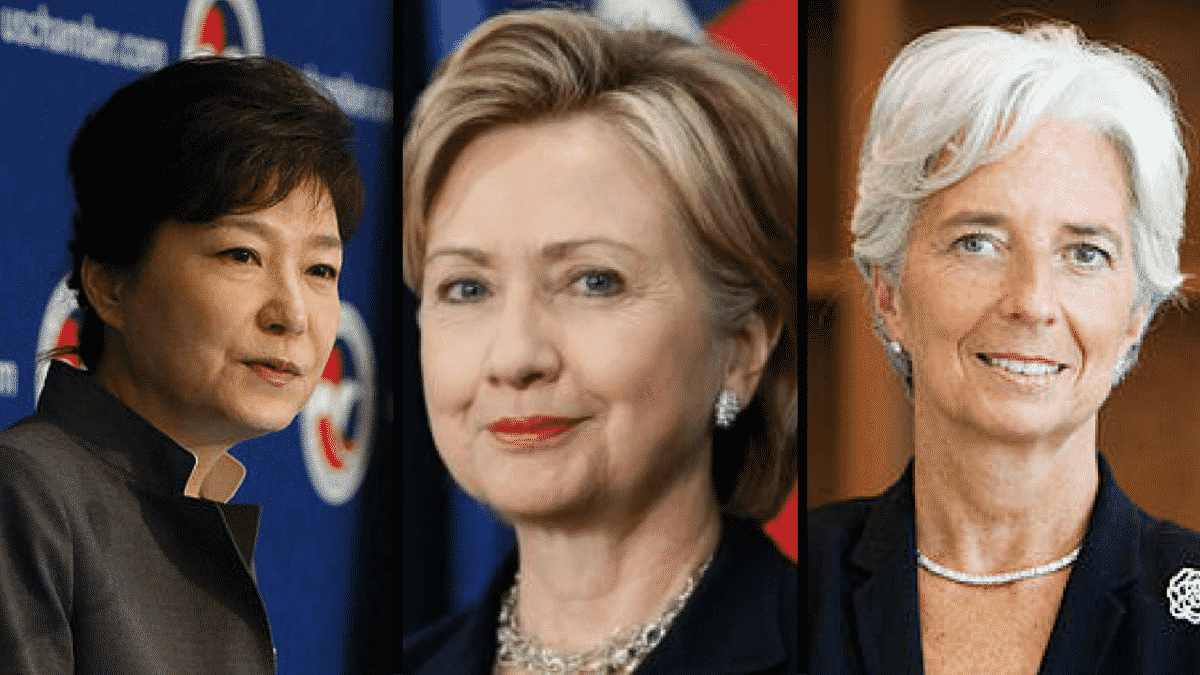 In 2016 there was a shift in the way the world has worked for a long time, a change at such a fundamental level that its broadest outlines have gone unremarked among its colorful details.

Fifteen years after the end of the Second World War, the first women ever to reach national leadership in a democracy took power in India and Sri Lanka. This was the first visible fruit of a great movement by women into political participation following the end of the war. The war shaped a first generation of strong women leaders: Indira Gandhi, who was caught in Europe during the Nazi onslaught, Margaret Thatcher, whose family cared for a Jewish girl who had fled Germany, and Golda Meir, who attended the fateful Evian Conference, in which the nations of the world turned their backs on Jewish immigration.

The way has not always been smooth, but in this relatively brief span of history women have risen to national leadership across the globe, often in the unlikeliest places.

One advantage women politicians at almost all levels enjoy is the perception that they are more honest than their male counterparts, that they have a more genuine sense of integrity. Note the importance of the word, “perception.” Whether it has always been true or not, poll after poll and focus group after focus group have shown over the years that people believe it.

But in 2016, a series of events ran directly counter to this perception.

— In Brazil, President Vilma Rousseff was impeached and removed from office, a national drama which played out while Brazil was playing host to the world at the Summer Olympics. Rousseff was charged with violating a law by moving around government funds to her political advantage, but her popularity had already plummeted when she was linked, with no clear substantiation, to the massive scandal involving the national oil company, Petrobras. Senate President Renan Calheiros, who led the impeachment effort, has since been indicted in the Petrobras scandal, but after a face-down with the national court was allowed to keep his legislative seat.

— In South Korea, President Park Geun-hye was impeached on charges she shared confidential government information with a friend and confidante, Choi Soon-sil, who has been charged with embezzling millions from the government. There have been massive demonstrations in Seoul calling for her removal. Park apologized to the nation last month, accepting full blame for the national crisis, but she has since denied all allegations of wrongdoing and claimed that she was the victim of a setup.

— In the U.S. presidential election, Hillary Clinton was repeatedly dogged by accusations regarding misuse of emails and her actions during the Benghazi crisis. “Lock her up” became the battle cry of Donald Trump’s most fervent supporters. Fake news sites charged her with running a child sex ring with her campaign manager through a suburban pizza joint. A litany of anti-Clinton charges going back to Arkansas were revived. Many voters were convinced the Wikileaks documents released the final days of the campaign proved some kind of criminal activity, when in fact they showed little more than her cozy private relationship with Wall Street.

— At the close of the year, a French court ruled that Christine Legarde, the head of the International Monetary Fund, was negligent in the handling of a case while she was the French economy minister. The conviction was a hand-slap, with no jail time or financial penalty, but it was nevertheless an embarrassment for one of the world’s most powerful women.

— Last week, former Argentine President Christina Kirchner was indicted for a second time on corruption charges involving public works projects. Two days after that indictment, an Argentine appeals court reopened an investigation into charges that Kirchner and other officials plotted with Iran to cover up that nation’s involvement in the 1994 bombing of a Jewish center in Buenos Aires.

There is no intention, in listing these events, to suggest any common guilt or innocence, or any concerted effort to bring criminal charges against women political leaders. It is simply to note that the widespread association of women politicians with criminality is unprecedented, in the short history of such things. Prior to 2016, women have more commonly been the targets of assassination attempts than criminal investigations.

Clearly, this trend is related to the worldwide tilt toward authoritarianism. But these things are seldom pure. In the coming year, Marine Le Pen will carry the standard of the far-right Front National in the French presidential elections, while Angela Merkel attempts to hold the center together in Germany.

Women have moved forward on many fronts, and nothing that has happened in the past year will reverse that. The way in which women are perceived as political leaders is no small matter, however. The charges, impeachments and political defeats of this year may later seem like passing coincidence. But we do not know that yet.