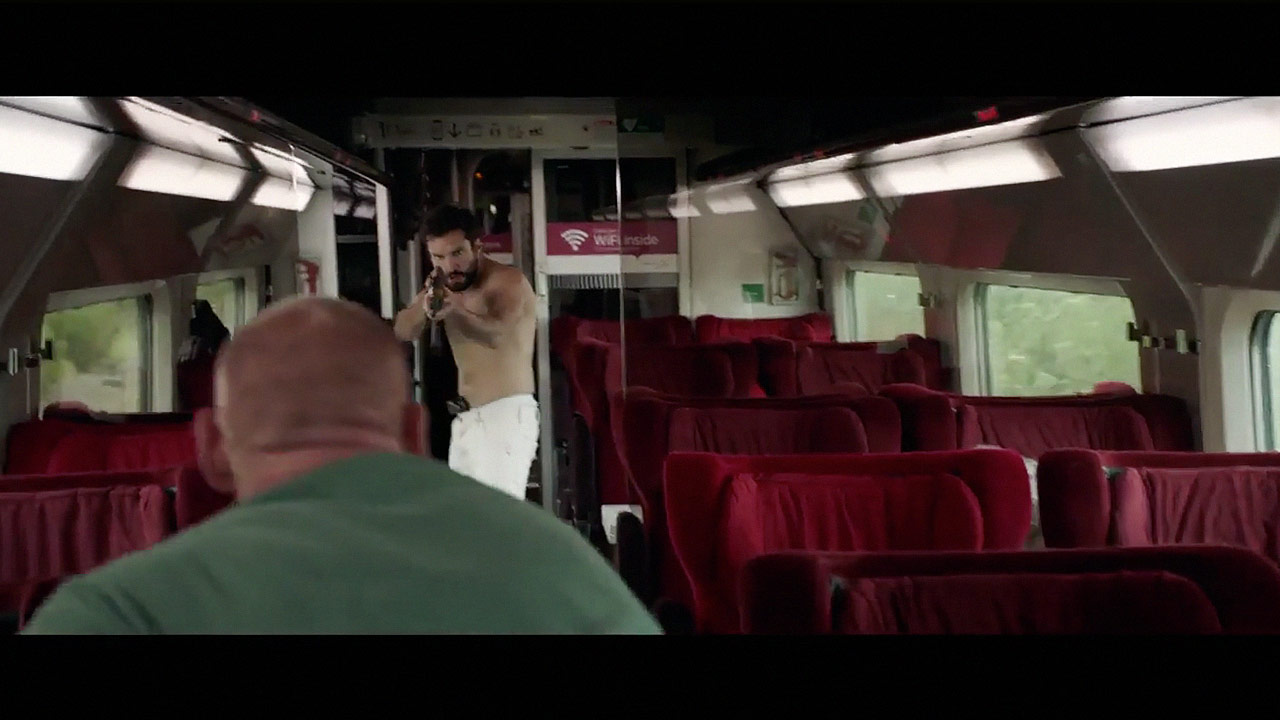 Like its protagonists, “The 15:17 to Paris” is amiable, low-key and kind of aimless.

You may not remember Spencer Stone, Anthony Sadler and Alek Skarlatos by name, but you probably remember their real-life 15 minutes of well-earned fame.

One hot August day in 2015, the three friends were traveling by train from Amsterdam to Paris. So was Ayoub El Khazzani, armed with an AK-47, a pistol, a box cutter and 300 rounds of ammunition. 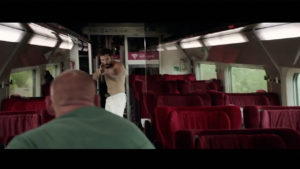 When his terrorist intentions became clear, the trio sprang into action, saving countless lives and keeping him subdued until the authorities arrived.

It’s a good story and we can see how it might’ve struck Clint Eastwood. Here are some regular guys who knew what to do and did it.  It’s the perfect basis for a lean clean Clint movie.

And you know what might make it even more special?  Have them play themselves.

It’s as if Eastwood said to them, hey, that was really cool what you did and I want to honor you somehow, so I’m going to make a movie about it. And — slight Clint Squint as he thinks for a moment — how about you play yourselves in the picture?

It doesn’t really matter if Stone, Sadler and Skarlatos can act or not. Nothing in Dorothy Blyskal’s pathetic script calls for much in the way of thespian ability. But the material needs shape (all material does, one way or another). Lacking both a decent writer and actors who know their way around a scene, what’s left is shapelessness incarnate — flat, limp, meandering. 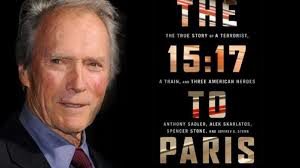 Interestingly, the most dramatically charged scenes are between the men’s moms (Judy Greer and Jenna Fischer) and the school principal.

The kid versions of Stone, Sadler and Skarlatos  (played by professional actors) aren’t bad eggs, but they do tend to get into trouble.  Harmless trouble, which their feisty parents dismiss with surprising self-righteousness. “I need to drug my child to make your job easier?” demands Mom # 1.

She’s immediately topped by Mom #2 who snaps, “My God is bigger than your statistics.”

El Khazzani wouldn’t have stood a chance against these women.

Who knows how much a better script with trained actors would’ve helped, but I’m willing to go out on a limb and say… considerably.

More collateral damage from Eastwood’s well-intentioned gesture: all three of his stars now want to go into acting.