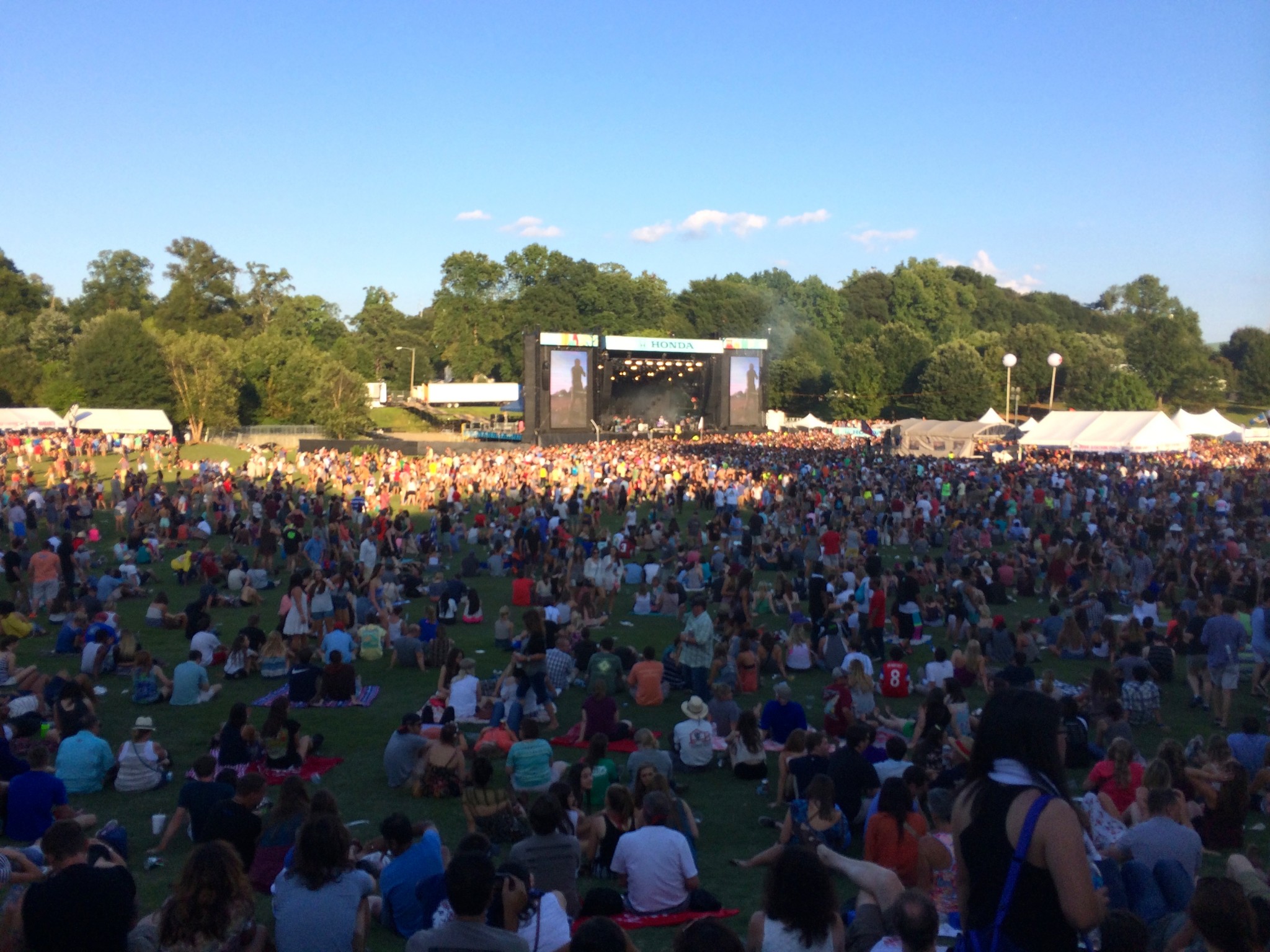 If 2013 was the worst of years for Music Midtown in Piedmont Park, 2014 had to be the best of years.

The weather could not have been more perfect. There was not a drop of rain. The days were warm, and the evenings were cool. As Stephan Jenkins, the lead singer of Third Eye Blind, observed between songs, it was the autumnal equinox – the last day of summer – a magical time of year.

For LiveNation Atlanta and promoter Peter Conlon, 2014 was the magical yin to last year’s yang – when Music Midtown was a rain-soaked event that turned the park’s meadow and grass fields into a mud pit several inches deep. 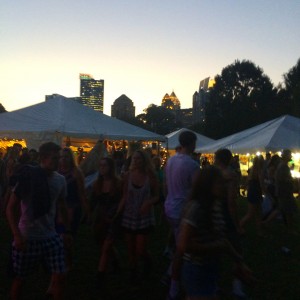 Thousands of people sloshed through the muddy mix of trash and debris that left the park in a state of intensive care for weeks, if not months, after the 2013 Music Midtown.

“I hope last year was the worst case scenario we will ever have,” Conlon said in an interview about three weeks before the 2014 Music Midtown.

Conlon must have been living right this past year because the weather could not have been more perfect for an outdoor music festival.

Personally, I found this year’s musical line-up to be less appealing than in most previous years (I’m proud to say that I have a perfect Music Midtown attendance record).

I am a strong believer in Atlanta having major festivals that help define our city and bring a special liveliness to places by welcoming people from all over the region. 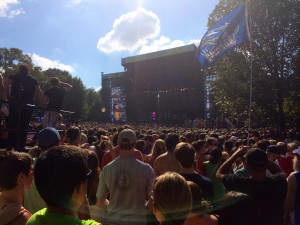 But I must admit that I continue to be torn over the Music Midtown making its home in Piedmont Park. For at least one to two weeks before the festival, the communities around Piedmont Park are inconvenienced with closed streets, sidewalks and bicycle lanes with restricted access to the park.

Fences start lining up the edges of the park a week before the event, and the grumbling among neighbors can be heard as soon as the disruption begins.

I believe several of those issues can be smoothed out with more constructive relations between the city, LiveNation and the surrounding neighborhoods. 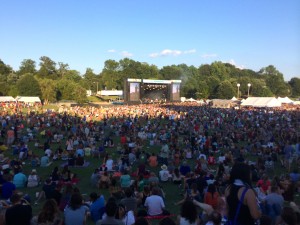 As a Midtown resident who lives close to Piedmont Park, I totally appreciate the special draw to our part of town. And I am more than happy to share my community with people from all over the metro area, the state and beyond.

But when it comes to Piedmont Park, I feel much more protective. Yes, the 2014 Music Midtown turned out as well as it possibly could thanks to an idyllic “Chamber of Commerce” weekend.

The problem is that when planning an outdoor festival weather, as Conlon knows only too well, is a crap shoot, a gamble – especially in a city like Atlanta where the weather can change on a dime. 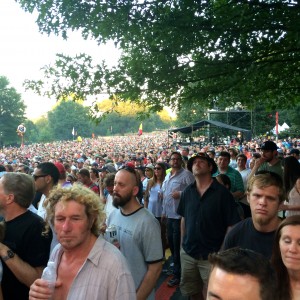 Putting on a festival for nearly 160,000 people over two days in the city’s signature park, which already suffers from an amazing amount of use and overuse, begs the question about whether Atlanta should have other places – perhaps spaces that are less sensitive to being overused – providing some reprieve to Piedmont Park.

It is not just the grass or the meadow in Piedmont Park. Even on a beautiful weekend like the one on Sept. 19 and Sept. 20, thousands of people stomping on the dirt, making the ground so hard that the trees have a difficult time being able to get rain water. There is a need to aerate the soil so the trees can get the moisture they need.

One issue that has come to light is that whenever a group rents out Piedmont Park, that money just ends up in the city’s general fund. It is not reinvested in the park to maintain the fragile green space that we have. Those funds are not even set aside to be included in the budget of the city’s Department of Parks and Recreation. 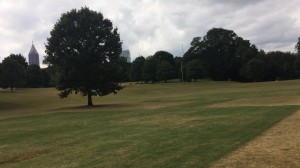 Piedmont Park on Saturday, Sept. 27 one week after Music Midtown on Oak Hill

For this reason, I believe the longer-term solution would be for the city to actively plan for another park location or locations that could welcome a major music festival and other mega events.

Every weekend there are multiple events in Piedmont Park – large and small – almost all requiring people to bring their cars into the heart of the park – which is supposed to be off-limit to cars. 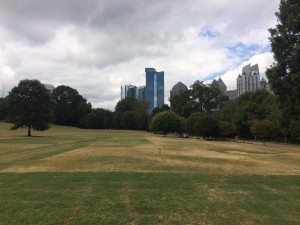 Area where the 2014 Music Midtown market was held

It is time to spread activities across parks throughout the city. Charge a premium for events in Piedmont Park, and let the park keep those revenues for its own maintenance operations. Let every other city park be able to generate its own revenue by being able to host their fair share of festivals.

Let the natural market forces of supply and demand come into play when it comes to festivals and events in our parks. Maybe the inconvenience of Music Midtown would be easier to accept if there were fewer events every week in Piedmont Park.

Still as much as we’d like to be able to control Mother Nature, Music Midtown will always be vulnerable to the fickle weather patterns of Atlanta — and for Piedmont Park, that risk is a high price for our prized park to pay. 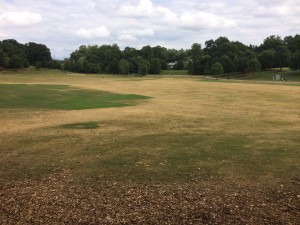 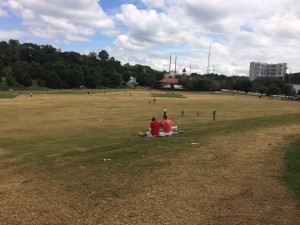