The end of an era: Civil Rights veterans dying off

The celebrated civil rights movement and its cadre of fearless pioneers that marched and protested throughout the South to transform America is fading fast. Most of those who worked for and with Dr. Martin Luther King, Jr are either elderly or in their graves. 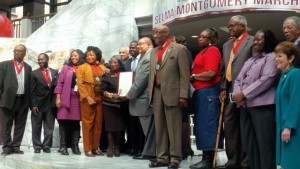 Rev. Willie Bolden [foreground] along with other civil rights veterans were honored by Mayor Kasim Reed and Atlanta City Council members on the 50th Anniversary of of the Selma to Montgomery March. Photo: by Maria Boynton

“Those of us who worked with Dr. King, the list is getting shorter and shorter,” says Lula Williams, who became the first female member of the vaunted SCLC ground crew in 1964. “You can almost count the remaining field staff on one hand.”

“We are very close to losing that last generation of warriors,” adds civil rights activist and former State Rep. Tyrone Brooks. “When you talk about the SCLC staff still alive when Dr. King was assassinated few of us are still living. Most of us are deceased; they’ve gone on.”

The latest to transition was Rev. Willie Bolden who passed January 19 at age 77 from heart disease. Bolden was such a charismatic figure and dynamic organizer that he was personally recruited to the SCLC field staff by Dr. Martin Luther King when they met in a Savannah pool room in 1961. He often recalled how he “was beaten everyday” during the St. Augustine, Florida campaign. He was also infamous for his courageous role as the “Wagon Master” of the mule train on the Poor People’s campaign that traveled from Marks, Mississippi to Washington D.C.  It was a herculean month-long feat. 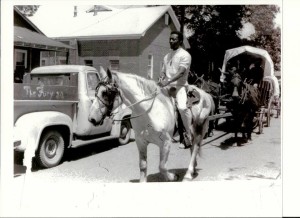 Willie Bolden as Wagon Master for the mule train during the 1968 Poor People’s Campaign. Photo: special

“Bolden was a lightening rod, says Brooks. “We marched, picketed and went to jail in little towns all across Georgia and the south. He was my big brother in The Movement. He was one of Hosea Williams’ boys. He had a magnetic personality and was a genius at organizing.

Brooks says he, Bolden and several others were arrested in DC because of the mule train and spent 30 days in Lorton Federal Prison.

“We were put into solitary confinement because we refused to work in the prison and we fasted on bread and water,” Brooks recalls. “When we came out we looked like little skeletons.”

“Bolden and I resonated together; we were twin spirits. He was a true freedom fighter,” says 78 year old fellow foot soldier J.T. Johnson. “We worked every project that SCLC had for 18 years but St. Augustine was the toughest place we ever worked.”

“We did wade in the pool demonstrations in St. Augustine, and Willie saved my life because a guy was drowning me,” says Presidential Medal of Freedom recipient Dr. C.T. Vivian remembers. “Bolden was one of the best guys in The Movement, and he was really committed to Martin King.” 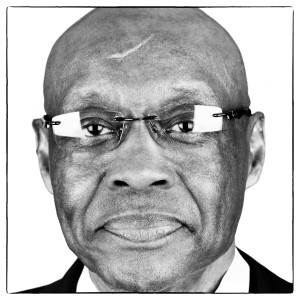 Bolden later earned an MA in education from Harvard in 1972, was an organizer for the AFSME labor union from 1973-79 and worked as director of personnel with the Atlanta Public Library until 1983. Following that he became a popular Baptist minister.  In 2012 Bolden was inducted into the Trumpet Awards International Walk of Fame.

“Bolden was one of the few people who went to Harvard University’s Masters Degree program without an undergraduate degree,” says SCLC Board Chairman Dr. Bernard LaFayette Jr. “Two weeks after they admitted me, I became assistant Dean of Admissions. The first person I recruited was Willie Bolden because he had certain skills that a person with an undergraduate degree would not likely have.

But Bolden is literally one of the last of a dying breed. Think about it; Rev. Joseph Lowery is 94, Dr. Vivian is 92, Andy Young is 83, Dr. LaFayette is 78, Juanita Abernathy is in her 80’s and the list goes on.

Some young professionals and community activists like Traymone Deadwyler, the director of Social Innovation with the Think for Good creative outfit, question whether the old school civil rights types have failed to pass the baton.

“In many of our circles, the question is asked why it seems that there is rarely a person or group of people groomed by these icons to take their place,” he says. “Where is the succession plan?”

“Their era ended a long time ago but they’ve held on,” opines 67 year old businessman Jim Welcome. “All these guys should have been retired. We need a changing of the guard. You’ve got a lot of new cats who could take us to the next level, but we are stagnant and stuck in place. Black America is poised waiting on the next generation of political, academic, business and artistic leaders.” 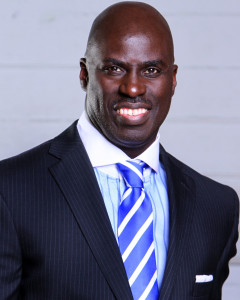 The Hank Stewart Foundation might be the answer and may prove to be the pipeline for future civil and human rights leaders. Co-founded by poet and inspirational speaker Hank Stewart and his business partner Gwen Mason their foundation is dedicated to raising new young leadership.

“We are enjoying the shade from trees that Bolden planted. He really loved our people and was not afraid to stand up for justice and equality,” says the 52- year old Stewart. “They’ve done their part. It is our time, it’s our turn and if we don’t do anything then it is our fault. We’ve been trained by the best.”

“These are some of the rams in the bush,” he says. “Janis is ready to change the world now that she is executive director of the National Council of Negro Women.” 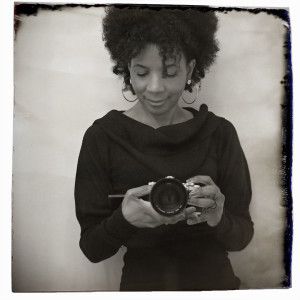 Sheila Pree Bright was the last person to have a photography session with Willie Bolden. It was for a unique art exhibit traveling the country called 1960/NOW, where she visually compares civil rights foot soldiers like Bolden and Ralph Worrell among others with today’s young Black Lives Matter activists.

“I feel like it was very important to have the unknown civil rights veterans share their often untold stories. We don’t hear about them,” she says. “Young people feel like they are continuing the same fight that they’re parents and grandparents were fighting. We have a new generation of freedom fighters but the fight is still the same. Some are coming and some are going.”