Demographic decline and the smack-down campaign 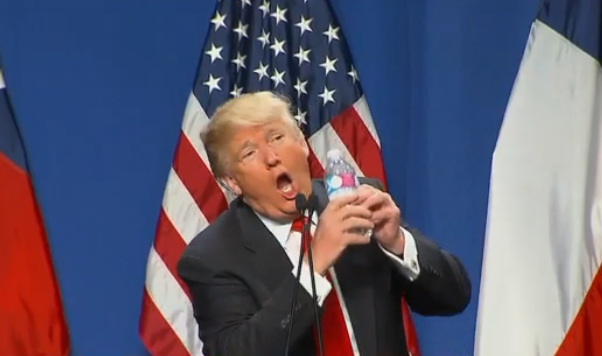 Last Friday, as the race for the Republican presidential nomination was descending into a ragged brawl here in the United States, Japan announced that its population had fallen by nearly a million people over the past five years, an unprecedented decline in a time of peace.

What’s happening here and what’s happening there have much to do with each other, if we stop to think about it. The wild antics of the Republican race has everything to do with a deep demographic anxiety, the likes of which Japan has been dealing with long before Friday’s announcement.

It likely was this anxiety which accounts for Donald Trump’s refusal to renounce David Duke and the Ku Klux Klan — something he’d already done — in an interview broadcast two days before the SEC Primary. Even a handful of white voters may not have seemed, at first wink, to be worth the risk of offending.

On Monday, Trump said that a malfunctioning earpiece made it hard for him to hear the questions in an interview with CNN’s Jake Tapper, although in the interview he says, “I don’t know anything about David Duke.” It could be argued that his evasive response wasn’t much different from the “I’m not a scientist” dodge other candidates have used when asked about climate change. But it was clear the interview touched a nerve, and that is the one connected to a wider fear by white voters that they are losing their place in a rapidly changing country.

Considering how relevant it is to the demographic issues creating so much of the friction in this campaign, it’s surprising that little or nothing has been said about the study released last fall which showed a dramatic spike in the death rate in this century for white middle-aged men and women with less than a college education. The death rate for Americans in this category, which declined an average two percent a year in the 20 years before 1999, has increased an average half percent a year since then. Over the same period the death rate for Hispanics and African-Americans has declined steadily. The rising death rate in this portion of our population, which is affecting statistics for the entire white population, is a demographic anomaly even more startling, perhaps, than the Japanese decline.

One reason this information hasn’t become campaign fodder is that it doesn’t portray the target political audience in a very flattering light. Suicide, alcohol and drugs are driving the increase, not strokes or heart attacks, or working too hard.

There can be little doubt that these social ills are associated with the economic displacement these Americans have suffered in recent decades. Outside Appalachia, however, we aren’t accustomed to speaking of white Americans as if they were Indians on a reservation or blacks in a ghetto. But it is the cultural decline of this group which accounts for the smack-down nature of the Republican campaign. A racist might say this is just how white folks do.

Japan is a lot like the country many Americans think they once had, and long to regain. It severely restricts immigration, and its culture defines what is Japanese much more narrowly than Americans define themselves. But this, along with Japan’s sluggish economy and societal changes causing the Japanese to marry later and raise smaller families, has led to the Japanese growing fewer in number, and like white Americans, older on average.

The United States is growing, on the other hand, for reasons which have a lot to do with why so many white Americans find Trump’s message appealing. It’s no longer immigration which is driving the demographic change. It’s the rapid growth  in U.S.-born, non-white population groups, combined with a very significant increase in intermarriage across all groups.

On Tuesday, the primaries in Georgia will be highly stratified demographically, with nearly all African-American voters picking up the Democratic ballot, and a large majority of whites voting Republican. The same will be true in most of the 11 states holding primaries. It’s an uncomplicated division of politics, in a country growing ever more demographically complex.