A civic dream: Cherokee Nation in Ga. was another kind of “City on a Hill” 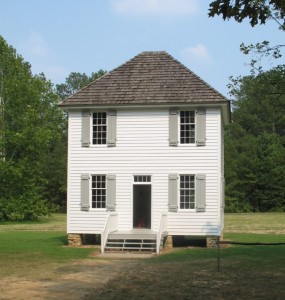 In a previous column I talked about the founding of Georgia in 1733. This first wave of settlement led by a remarkable man, James Edward Oglethorpe, began with a clear idea of mission, at heart philanthropic, and embodied in the Trustees’ Latin motto of Non sibi sed aliis, “not for self, but for others.” 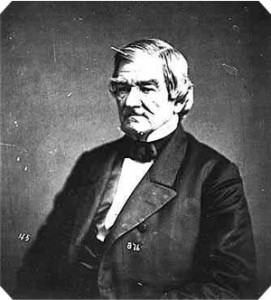 John Ross became principal chief of the Cherokee Nation in 1827, following the establishment of a government modeled on that of the United States.

This Georgian experiment was an authentic dream of a new kind of society, a “civic dream” that embodied ideals of human relations and mutuality, dignity, and self-reliance. Its story has been inadequately acknowledged in our history, covered over by the penal colony myth.

A second “civic moment” in our history is equally remarkable, and likewise inadequately acknowledged: the story of the Cherokee of north Georgia.

When the Europeans arrived in the New World they encountered Native American tribal societies, inhabitants of the land for millennia. The nature of the encounters varied, but the overall story is the same: Europeans eventually wrested the lands from those already here.

In 1838 the U.S. government rounded up the Cherokee in Georgia and force-marched them into present-day Oklahoma, an episode in history remembered by the Cherokee as “the trail where we cried,” or what historians call the Trail of Tears. Sixteen thousand Cherokee began the 900-mile march. At least 4,000 did not survive. This is the story told in textbooks. But what is not much spoken of is what the Cherokee Nation did before they were pushed out. 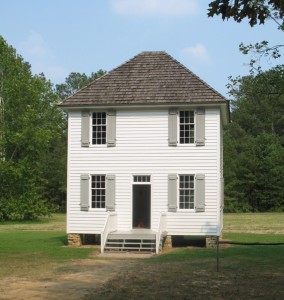 That story begins in the state of Georgia in the 1790s. White settlers migrating west out of the coastal region into the Piedmont bumped up against the Cherokee, not far from present-day Atlanta. To maintain peace, the Cherokee agreed to successive treaties ceding portions of their land, and eventually found themselves backed into the northwest quadrant of the state.

In their tribal councils, they pondered whether to cede yet more of their lands to the federal government by treaty, in exchange for land beyond the Mississippi River; or perhaps go on the offensive, defending what they already had; or become a “civilized” tribe (adopting Anglo-European ways), which would allow them to continue living on their land. The latter was the path the federal government had encouraged since the presidency of Thomas Jefferson. Georgia’s Cherokee chose the “civilizing” route.

And did they ever. 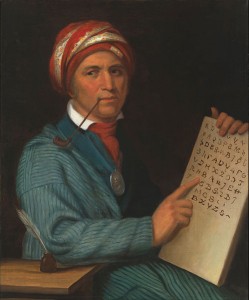 In 1821 Sequoyah invented a system of 84 to 86 characters that represented syllables in spoken Cherokee, making him the only member of an illiterate group in human history to have single-handedly devised a successful system of writing.

The Cherokee of north Georgia picked up plowshares and became farmers, just like Georgians, tilling their fields and harvesting crops. They fenced their lands and built houses, just like the English and Scots-Irish. They raised cattle and hogs, and built gristmills, sawmills, and blacksmith shops. They trimmed their hair; wore trousers, dresses, and shoes; learned English; and became Christians. The Cherokee abolished their traditional blood-revenge laws and devised a written constitution modeled on that of the U.S. Constitution, establishing representative elective government. They became a new nation — the Cherokee Nation.

Most remarkably, Sequoia invented a syllabary, which enabled the Cherokee for the first time to read, write, and publish their laws in their own language. They published the first Native American newspaper, the Cherokee Phoenix. In a single generation, the literacy rate inside the Cherokee Nation actually surpassed the rate for Georgia’s citizens.

As a nation they needed a capital, so they built one near present-day Calhoun, and named it New Echota.

Has there ever before been a people who so completely remade themselves in a single lifetime — from a tribal society to an autonomous republic; from a pre-literate people to one with an advanced rate of literacy; from a blood-revenge system of law to the rule of law; from an economy of subsistence and trading to one of development?

Adopting the culture of the United States as their mold, the Cherokee practiced peace, industriousness, education, and self-government. They waged Americanism — even to the extent that some among the Cherokee purchased slaves, and intermarried with whites.

Next: how the Cherokee Nation in Georgia came to an end in the episode known as the Trail of Tears.