The Queen of England is slated to meet Martin Luther King Jr.’s sister-in-law during Nigeria’s centennial celebration next week in London. 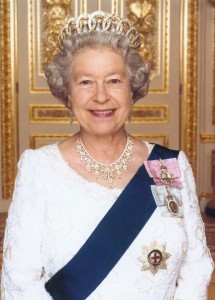 Naomi Barber King is the widow of A.D. King, brother of the slain civil rights leader. She founded the A.D. King Foundation, which promotes a platform of non-violent social change that’s distinct from measures conducted in the name of the more famous civil rights leader.

Nigeria’s centennial celebration recognizes the anniversary of the beginnings of independence for the west African country. Britain colonized the area in the late 1800s, establishing administrative structures. Nigerians gained independence in 1960, establishing a government comprised of political parties that reflected the Muslim and Christian population.

Naomi King is slated to greet the queen March 10 as the queen arrives at Westminster Abbey for the Commonwealth Day Observance Service, starting at 2 p.m.

The queen’s entourage is to include Prince Phillip, Prince Charles and Princess Camilla, according to a statement from the A.D. King Foundation. A photo op with the entire delegation is scheduled outside the abbey at 3:30 p.m.

The queen is to host a Marlborough House Reception at 4 p.m. for senior leaders. At the event, the queen is slated to deliver a speech that’s to be broadcast around the world.

The Royal Diary, which is the official calendar of the British monarchy, lists the queen as attending both events in the company of the Duke of Edinburgh, Prince Phillip.

Naomi King and the A.D. King Foundation have scheduled an array of events during the two-day celebration. They include: 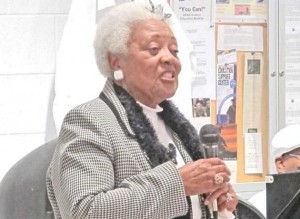 Nigeria has not had an easy time since 1960. Even the centennial celebration has its critics, some of whom contend there’s little to celebrate, such as this story in africareview.com:

Nigeria remains rich in oil reserves and extraction has been the country’s primary income. Since 2000, the country has taken intermittent steps to reorganize its economy, but has had trouble meeting goals outlined by the International Monetary Fund, according to cia.gov.

The U.S. State Department reissued on Jan. 8 a travel warning for U.S. citizens in Nigeria:

Previous Article
Morris Brown moves closer to getting Bankruptcy Court’s okay to sell land
Next Article
Atlanta’s income gap problem rooted in poverty, not in a lack of middle-class