A devastating fire leads to a journalistic first 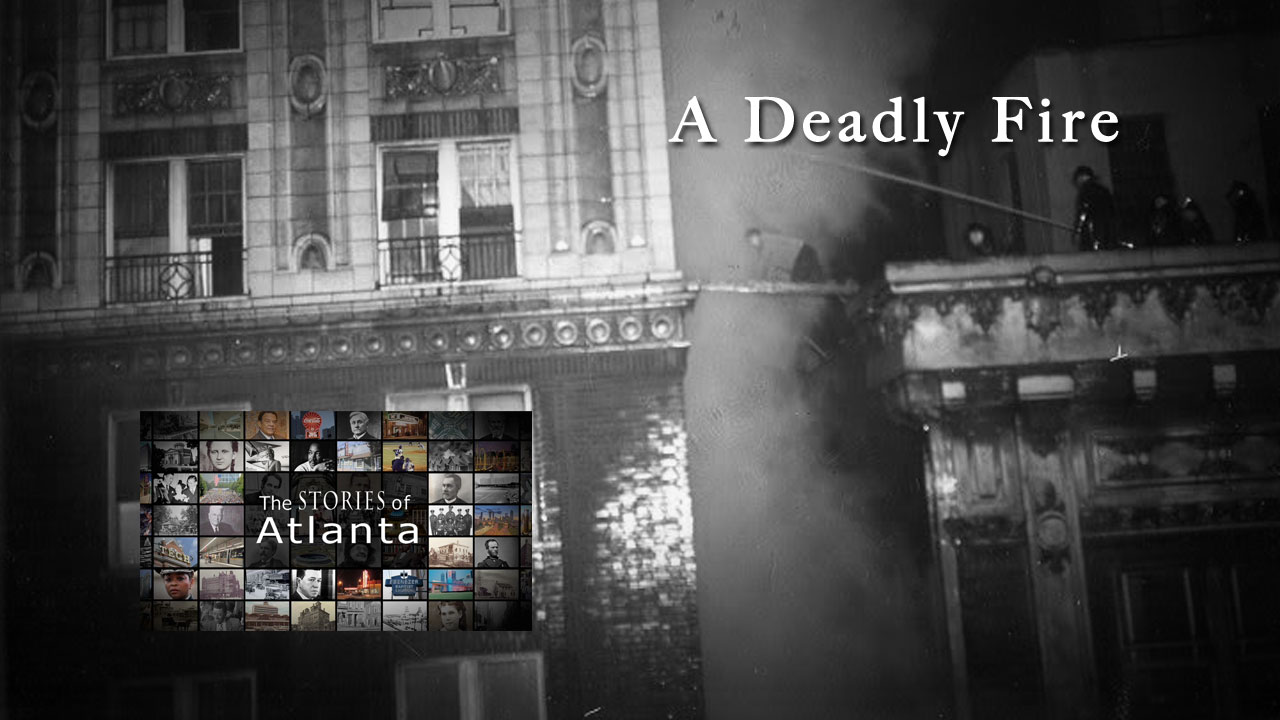 It is the deadliest hotel fire in the history of the United States and it happened in Atlanta on December 7, 1946, at a hotel that billed itself as “absolutely fireproof.” The Winecoff Hotel was located on Peachtree Street next door to what was at the time the Davison-Paxton department store, now 200 Peachtree. The two buildings were separated by Ellis Street.

The Winecoff, in its day, was among the taller buildings in Atlanta, a fifteen story brick and steel structure. The devastating fire that put the Winecoff into the record books started on the third floor and, though its origins have been debated over the years, it is thought by some to have been intentionally set by a disgruntled gambler who lost in a poker game that was taking place at the Winecoff.

On the night of the fire, the hotel’s register listed 304 guests. Of those, 119 died, 32 from injuries sustained by jumping from the blazing building. One of those who jumped was a 41 year old woman named Daisy McCumber. The result of her act of desperation is unknown. There is some evidence to suggest that she survived the fall, although, to 24-year-old Georgia Tech student Arnold Hardy who witnessed the event, it did not seem likely. What Hardy saw on that evening is the subject of this week’s Stories of Atlanta.