A leadership transition at the influential Task Force for Global Health

Dr. Patrick O’Carroll started his role on Monday as the new president and CEO of the Task Force for Global Health, one of the major nonprofits in Georgia.

O’Carroll succeeds Dr. David Ross, who had served in that role for more than six years. Ross announced in February that he would be retiring as president and CEO. His last day was on Sept. 30. 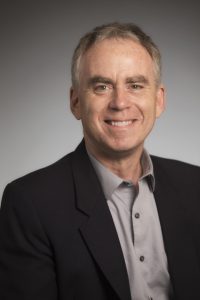 O’Carroll, who had served as the Task Force’s head of Health Systems Strengthening, was selected after a global search by the advisory firm of Russell Reynolds Associates. He will continue to work closely with Ross to ensure a smooth transition.

“Dave Ross has greatly increased the impact of the Task Force during his tenure and fostered a unique, collaborative culture with strong global partnerships that positions the organization for continued growth and contributions to advance health equity,” said Teri McClure, chair of the Task Force and retired general counsel and chief human resources officer at UPS.

McClure went on to explain the selection of O’Carroll.

“Patrick O’Carroll is perfectly poised to pick up the reins and build on that strong foundation,” she said. “He has demonstrated great leadership, has a clear vision for the organization’s future and has strong relationships both internally and externally that will continue to position the Task Force for success. We are thrilled that he will be leading the Task Force into its next chapter.”

O’Carroll will be the fourth CEO in the Task Force’s nearly 40-year history. It was started by Dr. William Foege, one of the most respected leaders in global health, in 1984 — then known as the Task Force for Childhood Survival. Dr. Mark Rosenberg, a mentee of Dr. Foege, became CEO in 1999, and he served until 2016 when Ross succeeded him.

Dr. Judy Monroe, president and CEO of the Centers for Disease Control and Prevention (CDC) Foundation, applauded the choice.

“I’m super excited about Patrick O’Carroll’s leadership given his vast experience at the CDC, HHS and the Task Force,” Monroe said Monday. “He’s got this blend of qualities — his scientific skills and his personal skills — that will serve him really well in this role.” 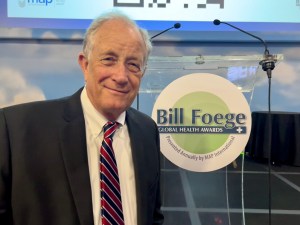 O’Carroll joined the Task Force in 2016 to provide overall strategic and operational direction to the organization’s Health Systems Strengthening programs. He began his public health career in 1985 as a CDC epidemic intelligence service officer. He spent the next 18 years with CDC as an epidemiologist, informatician, and program director.

O’Carroll has extensive experience working across most every public health domain, including public health systems development, global health and disease surveillance, emergency response, bioterrorism and epidemic control. He holds a medical degree and a Master’s in Public Health from Johns Hopkins University.

“I am thrilled and honored to have been selected as the next leader of the Task Force,” O’Carroll said in a statement. “It is such an extraordinary organization, with its unwavering focus on measurably improving the health of people across the globe. The Task Force is dedicated to true collaboration and deeply committed to working in partnership with countries to reduce disease and strengthen country health systems.”

O’Carroll praised the programs and the staff at the Task Force, calling them “some of the finest and most dedicated public health professionals” he has ever worked with. He also said Ross “actively fostered cross-program collaboration at the Task Force” to improve the organization’s impact. 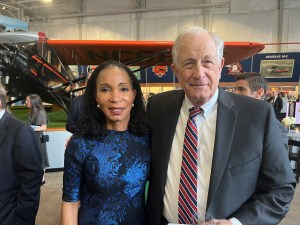 Dr. Helene Gayle, now president of Spelman with a background in global health, stands with Dr. David Ross at the Bill Foege Awards dinner on Sept. 22. (Photo by Maria Saporta.)

“I look forward to working with my Task Force colleagues to further develop such collaborations, while seeking new opportunities for the Task Force to address urgent and enormously complex challenges to health around the globe, such as climate change, refugee health, and antimicrobial resistance,” O’Carroll said.

Before retiring, Ross received an award from the Metro Atlanta Chamber at MAP International’s annual Bill Foege awards on Sept. 22 when he described Foege as having the “ability to bring people who can collaborate.”

In a statement, Ross said he was “very pleased” O’Carroll would be following him as CEO.

Previous Article
As winds blow harder, the politics of catastrophe become more frayed
Next Article
Is Streetcar extension just the start of BeltLine rail, or also its end?