A primary season marked by boyishness and sharp edges 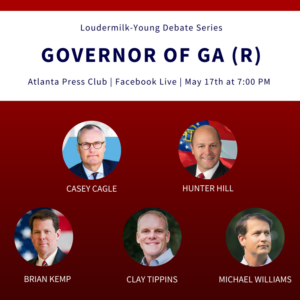 Tuesday’s primary elections in Georgia don’t look likely to produce too many surprises. A lot of the news from these races is already baked in the cake.

This is the first election in Georgia history in which all the Democratic candidates for governor and lieutenant governor are women, and all the Republican candidates for those offices are men. The Democratic race has drawn considerable attention, national and local, for its historic nature.

The absence of women Republican candidates hasn’t received similar notice, but it has had a marked impact on the GOP campaigns. The presence of a woman candidate might not have affected the outcome, but it could have had the effect of curbing the boyishness with which the challengers to Lt. Gov. Casey Cagle have gone about their campaigns.

The GOP candidates for governor have blown stuff up, played with guns, chartered buses and braved hostile Mariachi bands to prove they’re the toughest on immigration and the Second Amendment. But the problem with running a campaign when you’re singing in a choir is that you’ve got to sing way out of tune to attract much notice.

“How’s that working for you?” panelist Charles Richardson asked Michael Williams, whose “deportation bus” has sparked a lot of Twitter traffic, with a mixture of outrage and comedy. Good question. Williams is a student of Donald Trump’s low-budget, high-impact campaign style, so the breakdowns and the dis-invite from Cracker Barrel probably counted as wins, since they created buzz. We’ll see if they create many votes.

All this horsing around over guns and Mexicans is about nailing down a spot in the runoff with Cagle. You assume these campaigns have some idea how they might run against him if they achieved that goal, beyond the broad assertion that he’s “bought and paid for,” but they haven’t laid much groundwork for it. Immigration’s a non-starter in the runoff, when Cagle’s got a barrel of money and his feud over sanctuary cities to prove his credos. 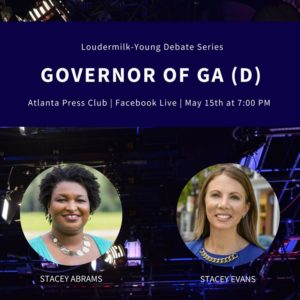 The only inherent advantage Democrats have in this year’s governor’s race — if they can make it one — is that they will have a candidate Wednesday morning, while the Republicans seem on course for a potentially bruising runoff.

The Democrats need the time. If boyishness has characterized the Republican primary, the absence of testosterone has done little to soften the edges of the Democratic contest. After all the charges the two Staceys have thrown at each other, there will need to be some fence-mending before the fall.

The well-established storyline for the Democratic primary is that it pits an outspoken black progressive against a more centrist white Democrat who wants to appeal to swing voters. And yet if you listened to them in last week’s debates, Stacey Abrams often came off as the Clinton-era, establishment Democrat, while Stacey Evans sounded more the post-Clinton, post-Trump progressive.

This is largely the circumstance of Abrams having to defend more compromise positions as House minority leader, while Evans can edge more to the left. But that also underscores the point: In this race, Abrams is the candidate of the Democratic establishment. A Monday afternoon robocall endorsement from Hillary Clinton made this clear as well.

“The answer was not simply to say, ‘No,’” Abrams said, defending her support for an agreement which cut HOPE scholarship funding in response to a fall in lottery revenues. Later, Evans also called on Abrams to explain why she didn’t endorse Keisha Lance Bottoms in the Atlanta mayor’s race, stirring up a mess of politics Abrams would have preferred not to get into.

We shouldn’t lose sight of the second race divided by gender, for lieutenant governor. In their press club debate, the Republicans vying for the second spot on the ticket conducted themselves with considerably less rambunctiousness than the GOP candidates for governor. On the Democratic side, the vote in the lieutenant governor’s race could be seen as a test of how solidly Democratic voters divide by race.

The subject of the Amazon competition has come up, and the Democrats have talked about expanding HOPE to include needs-based aid. But that’s about as wonky as this primary campaign has gotten. No grandiose visions or detailed plans this year, just a busload of red meat.