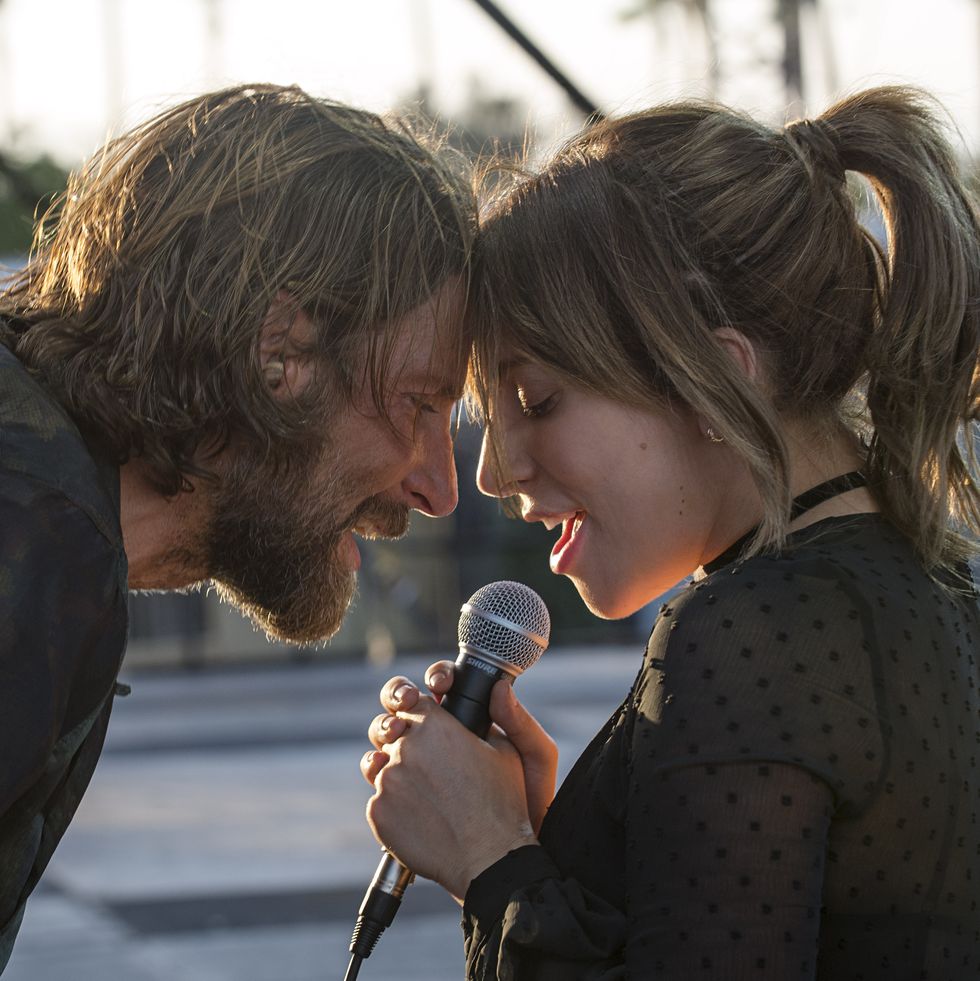 A star isn’t exactly born in the newest iteration of the well-worn classic. After all, most of us have heard of Lady Gaga somehow, somewhere.

Besides, this isn’t even – technically – her feature film debut. According to IMDB, she’s already appeared on the big screen in “Machete Kills” “Muppets Most Wanted” (as herself) and “Men in Black 3” as “alien on TV monitors.”

Still, this “A Star is Born” can certainly be seen as her test breakthrough.  Can she cross over from music stardom to the Hollywood firmament?

As it turns out, absolutely. 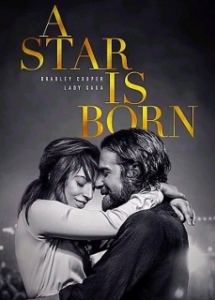 A Star is Born

In Bradley Cooper’s hands – as both director and co-star – she’s a winning presence with just enough hints of genuine acting chops to make you eager to see what else she can play.

In case you’re unfamiliar with the ‘30s version (Janet Gaynor and Fredric March), the ‘50s version (Judy Garland and James Mason) or – wince – the ‘70s version (Barbra Streisand and Kris Kristofferson), “A Star is Born” is the quintessentially showbiz tale of someone on the way up and someone on the way down (and out). A superstar discovers an unknown, takes her in hand, falls in love with her, grooms her for the Big Time and then watches as her star rises and his falls.

Here, Cooper is Jackson Maine, a rock legend with an addiction problem.  Needing still more booze after a concert, he gets his driver to stop at a garish dive that turns out to be a drag bar. “Maybe we’ll find something here,” Maine slurs.

And he does: an insecure young singer named Ally who knocks his socks off with her rendition of “La Vie En Rose.”

Let me amend that. She’s absolutely certain of her talent; she’s infinitely unsure about her looks, having been told time after time that her voice is swell, but her nose isn’t (something Streisand never dared to voice).

Before long, they’re a couple onstage and off. But the more sought after she is, the more beside-the-point he becomes. Add in, as this version does, hearing problems and family dysfunction (shorthanded by Sam Elliott as Maine’s cool but disapproving brother) and his future’s looking dim. 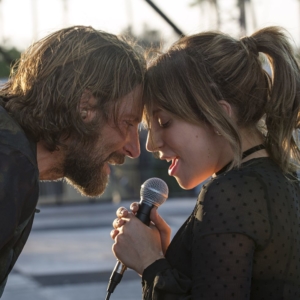 Bradley Cooper and Lady Gaga in “A Star is Born”

The movie’s first half is terrific. The stars have true chemistry and while Cooper may be a first-time director, he comes off as a natural – someone who understands the camera and actors. It’s like settling into the cinematic equivalent of a Lexus 450. The picture is big and lush and smooth.

But in the last 40 minutes or so, the film shifts to neutral and then to, well, sketchy.  Events seem telescoped, with Ally going from down-to-earth singer/songwriter to glammed-up pop diva in an instant.  Maine isn’t the only one left in the dust.

My advice: savor the stars. Cooper still has the sexiest eye-crinkle in the business and Gaga is, well, Gaga. She’s the rare superstar who doesn’t mind being intro’d in a bathroom stall. And minus the distractions of her well-established glittery persona, she’s surprisingly vulnerable and inviting.

A lot of that is due to Cooper who, as both director and actor, lets us fall in love with her as he does. Until the film goes scattershot, there’s nothing forced here. Rather, despite its megawatt aura, “Star” feels intimate. Like comfort food served on your mom’s best china.