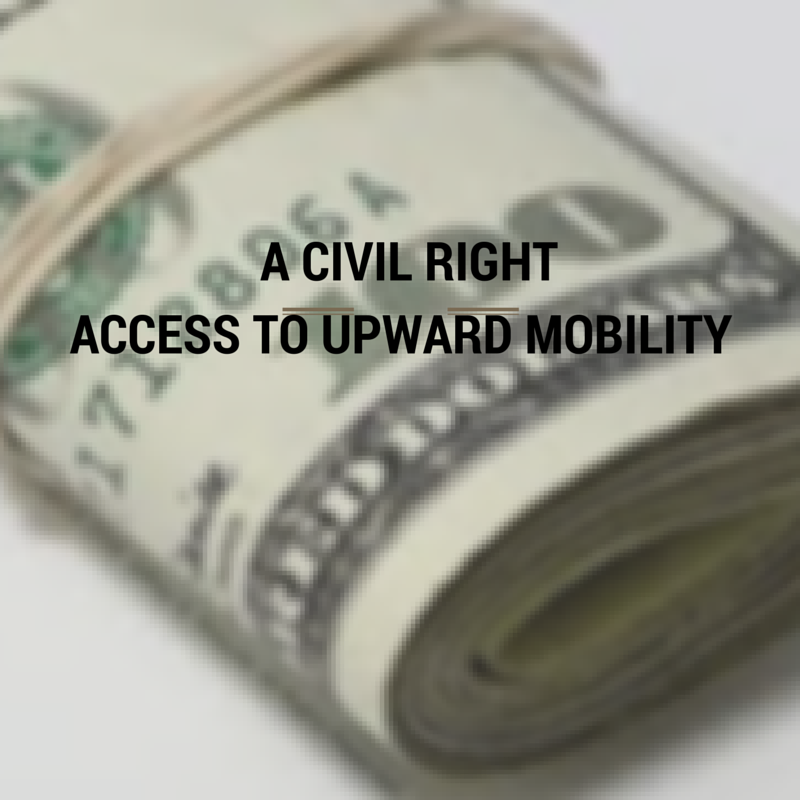 As Davos prepares for its annual meeting, a poor man’s version of the international economic forum took place in Atlanta during the King holiday weekend.

Started in Los Angeles with offices in Atlanta, Operation HOPE has international roots spreading as far away as Rwanda. While the organization espouses patient capitalism abroad, it also urges greater corporate responsibility and improved financial education here in the U.S.

Who better to tap as its keynote speaker and preach against trickle-down economics than former U.S. President Bill Clinton. In his speech, Number 42 praised the rise of non-government organizations and called for ‘inclusive economics” as the answer to inclusive politics.

A January study released by the Pew Research Center showed those least financially secure are also the least likely to participate in the electoral process. Equally alarming, the more financially secure an individual is, they more likely they are to agree with the following statement: Poor people today have it easy because they can get government benefits without doing anything in return.

Clearly, while we’re providing Kiva loans to artisans in Bangledesh, we ought to provide education opportunities to students in the Bluff.

Where Davos is exclusive, the HOPE Global Forum brings thinkers and doers together on what they call a journey from Civil Rights to “Silver Rights.” In the crowded halls and at the ever-popular cell phone charging stations, sponsors, panelists and attendees were all seen talking shop and exchanging contact information.

That level of partnership led to the organization opening a satellite office on the grounds of the historic Ebenezer Baptist Church where Operation HOPE and financial institutions work together to teach life and entrepreneurial skills and financial management.

More than half of all American public school children are from low-income households. One of their top goals: help participants improve their credit score to at least a 700. That’s the difference between getting a 4 percent interest rate on a loan or double-digits. Compound the improved purchasing power from every individual Operation HOPE touches and you could potentially have millions if not billions of dollars added to the global economy.

Dr. Martin Luther King called for a just and equitable economic system. Even in the 1960s the Civil Rights movement called out Congress for passing laws to “make the rich richer.”

When President Obama gives his annual State of the Union address this week we’ll hear a continuation of this theme to improve the economy for low and middle income individuals and families.

If history is any indication, Congress will likely snub the President’s suggested tax reforms. The New York Times recently covered an analysis from the Institute on Taxation and Economic Policy. They wrote, “According to the study, in 2015 the poorest fifth of Americans will pay an average 10.9 percent of their income in state and local taxes, the middle fifth will pay 9.4 percent and the top 1 percent will average 5.4 percent.”

The divide of economic inequality is too large to ignore. So Operation HOPE and other non-government organizations must continue to fill in the gaps not only abroad but also especially here in America. Access to upward mobility is after all a civil right.

Previous Article
As income gap widens in United States, a recurring message during King holiday is ‘inclusive economics’
Next Article
How can men improve their chances of living as long as women?