Across the rural South, chicken plants become a social and economic flashpoint 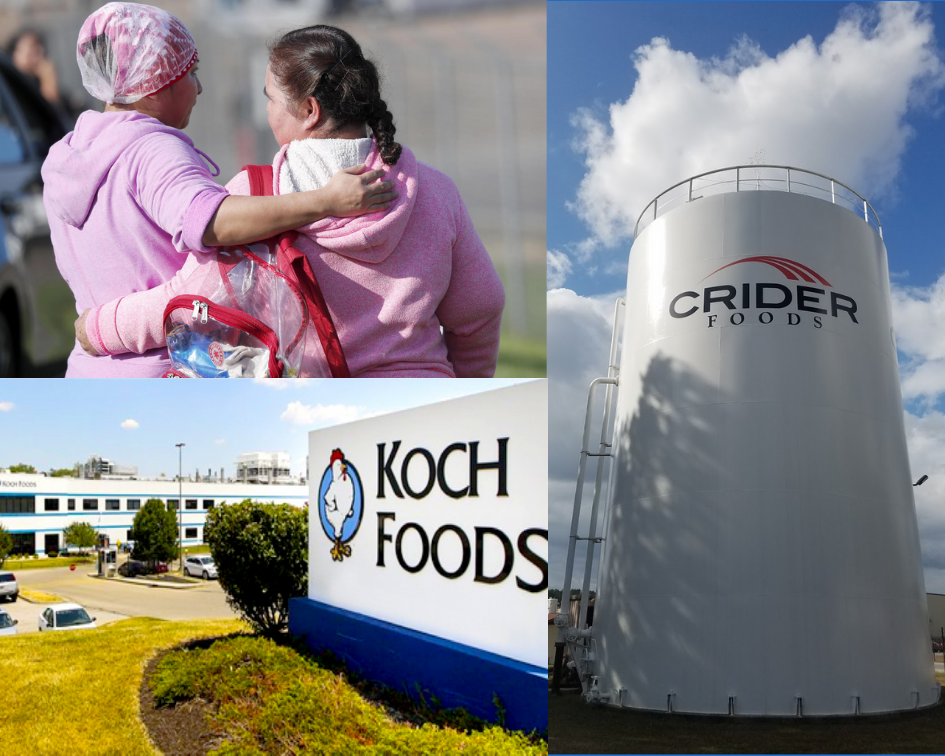 Coming only three days after the murderous attack on the El Paso Walmart, last week’s ICE raids on seven Mississippi chicken plants drew a lot of national media attention and caused a lot of disruption in the small towns that were affected.

Federal officials said this was the largest single-state workplace enforcement action in history, but it wasn’t the first time a chicken plant raid has wreaked havoc in the rural South.

In 2006, two weeks after more than 120 people were arrested in a federal raid on the Crider Inc. chicken plant in Stillmore, an Associated Press story described the southeast Georgia community as “little more than a ghost town,” with empty trailer parks and dried-up local businesses. A local daycare operator told how a mother had left her U.S.-born child in her care before fleeing the area. As was the case in Mississippi last week, many local residents expressed anger at the treatment of those they had come to see as neighbors, as well as the impact on their businesses.

There were similar scenes in Alabama in 2011 and in other states after the passage of tougher anti-immigration laws, with even more wrenching stories of  children caught up in the panic of the raids and people abandoning places where they had lived for years. In the cities and suburbs, America’s immigration problems are about cultural symbols and separate populations viewing each other across a deep divide. In rural America the conflicts are often much more personal.

The processors, large and small, which operate plants across the rural South are part of an American industry which last year produced 43 billion pounds of chicken with an estimated value of $65 billion. But it’s based on low wages, a compliant work force, and increasingly since the mid 1990s, Hispanic workers, many of them here illegally. At the local level, those workers have become the lifeblood of local economies run by people who would not, and in many cases could not, take a job in a chicken plant.

It would be excessive to lay all the problems of illegal immigration at the feet of the poultry industry, but we can ask this question. Suppose that last week, instead of arresting 680 mostly Hispanic workers, 300 of whom they had to let go by the next day, ICE had walked in and arrested all the management responsible for hiring them?

Without traumatizing any children on their first day of school, this would have sent a much more impactful message. Court documents indicate the government is investigating the companies involved in the roundups, but so far it’s been all about those news videos of federal agents leading handcuffed Hispanics off the plant sites. The companies involved have cooperated with an investigation of their employment records, and claim that undocumented workers have become much more skillful at producing documents that look legit.

In a recent book, UNC-Chapel Hill professor Angela Stuesse has traced the rise of Latino work forces in chicken plants back to an increase in union organizing among black workers in the early 1990s. If some undocumented workers have been skillful at looking legit, some employers have been skillful in looking the other way.

After the big Georgia raid in 2006, Crider raised its wages from $6 an hour to as much as $9 and cast a wide net looking for new workers, even recruiting a group of Hmong refugees from Wisconsin and Minnesota. By that fall, according to one study, the plant’s workforce was 65 percent black, 30 percent white and only 5 percent Hispanic. But with a workforce recruited in some cases from probation courts and homeless shelters, the turnover rate was around 300 percent. Within months, Crider was using a Hispanic contractor and the Hispanic percentage was creeping back upward.

Today, Crider Inc. has become Crider Foods, and the facility at Stillmore has been revamped. It’s no longer a “kill plant,” where chickens are killed, cleaned and deboned; workers at the plant now perform the less onerous work of packaging the chicken for the next stage of delivery to your table or carry-out window.

But after more than a decade, the question of who is doing that work remains a touchy question, one which a spokesperson for Crider Foods declined to answer.

“We’re not interested in bringing up that old history,” she said.

Previous Article
Is It A School? Is It A Park? It’s BOTH!
Next Article
Operation HOPE and U.S. Comptroller of the Currency hold bus tour & roundtable discussion on revitalizing neighborhoods, CRA Reform in Atlanta