Heart disease is the leading cause of death in Georgia, and in Atlanta it disproportionately affects black and low-income communities. To address heart health disparities, Georgia Tech college students are getting involved through a community service-learning program at Georgia Tech in collaboration with American Heart Association and Grove Park Foundation. 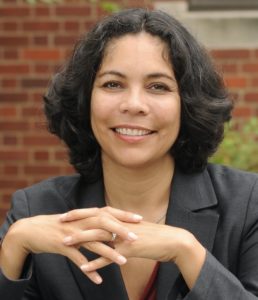 One outcome of heart disease is death by sudden cardiac arrest, which is a change in heart rhythm due to an electrical problem that can affect the pumping of blood to the brain, lungs and other organs. Sudden cardiac arrest is the most common cause of death in the United States; it disproportionately affects racial and ethnic minorities.

While the causes of these disparities are many, one immediate response to sudden cardiac arrest is bystander cardiopulmonary resuscitation (CPR). The procedure involves compressions to the chest and intermittent breathing into the mouth. Although this procedure increases the survival rate of sudden cardiac arrest by over two-fold, less than a third of sudden cardiac arrest victims receive cardiopulmonary resuscitation from a bystander. This disparity increases based on the age, race and social class of the victim. A recent study in Atlanta showed that neighborhoods characterized by low income and higher percentage black people had a lower probability of a bystander providing CPR to a victim. In addition, people of older age, lesser education and lower income are also less likely to be trained in CPR. 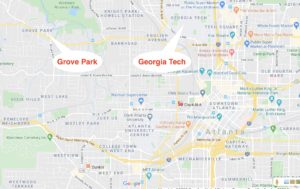 About 3 miles separate between the Grove Park and Georgia Tech neighborhoods, but markers of their quality of life are far apart. Credit: google maps, David Pendered

As a professor at Georgia Tech, with training in public health and sociology, I designed a course in connection with Tech’s Serve-Learn-Sustain (SLS) program to help students better understand the complexities of these health disparities. I did this by collaborating with the Grove Park Foundation and also with the American Heart Association, which I met through a collaboration with the Healthy Heart Coalition.

The SLS course introduced students to heart health and bystander CPR disparities, both inside and outside the classroom. Through course readings, guest lecturers and workshops, the students learned inside the classroom about various layers attributing to social determinates of health such as the impacts of race, racism, poverty, food vulnerability and neighborhood conditions on health outcomes.

To engage with the community, the students were first trained in hands-only CPR, which they then used to create and offer hands-only CPR workshops to different community organizations, schools, and businesses in Westside Atlanta, an area with a high percentage of black and low-income communities. The students worked with eight different community partners and trained over 140 people, including one Spanish-speaking group 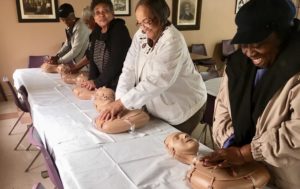 In Grove Park, for example, the students worked with PAWKids, an afterschool enrichment program for underserved Atlanta youth; the Golden Age Ministry at Paradise Missionary Baptist Church; and The Laundry Centers, a local business that offers community engagement activities in Westside Atlanta.

The student groups also worked with each community organization on a project that addressed a particular area of need. For example, one group of students created a playground in the concrete patio next to The Laundry Centers in Grove Park. A student involved in this project, Roshni Patel, a first year neuroscience major, reflected:

The most important take away from service learning is that students connect what they learn in the classroom with their community service experiences. To aid in this process, I challenge students to think and write critically about the social determinants of health that focus on fundamental or upstream causes of health disparities.

For example, living in poverty increases the risk of heart disease and death by sudden cardiac arrest. Based on data collected by Georgia Tech Atlanta’s Neighborhood Quality of Health and Life Project, 40 percent of the residents in Grove Park Neighborhood live below the poverty line, have a much lower household income than the median for the City of Atlanta, and only 9 percent have a college education. These drastic inequities affect the level and kind of resources people have access to, such as quality housing and medical care or, in the case of sudden cardiac arrest, knowledge on how to respond to it. 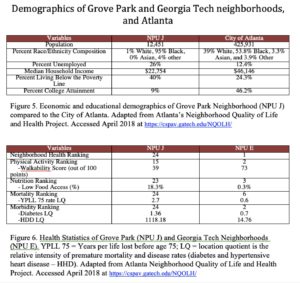 The Grove Park neighborhood has higher levels of poverty, hypertension and heart disease than are the median across the City of Atlanta. Credit: Adapted from the Atlanta Neighborhood Quality of Life Project

Neighborhood qualities such as availability of grocery stores, safe recreation areas, transportation and housing also contribute to overall health outcomes. One student compared the Georgia Tech Neighborhood Health Ranking of Grove Park, which is less than a mile from the campus, and found that Grove Park is ranked second to last out of 26, whereas Georgia Tech ranked first. Other variables such as walkability score and low food access correlate with death rates (mortality) and hypertensive heart disease (morbidity).

By contextualizing the risk factors of heart disease within economic and community resource inequities and working with communities whose health and life experiences are shaped by these constraints, students were better equipped to critically understand heart health disparities and the limitations of only focusing on individual behavioral change.

This type of course certainly had an impact on student learning as expressed by a student Anokhi Patel, a senior majoring in biomedical engineering, who stated:

This student, as well as others, plans to take the knowledge gained in the course and translate it by making more socially informed decisions in their personal lives and future careers. For some, the focus on social as opposed to biological determinants of health changed their perspective on medicine and health entirely. As Renee Manalo, a third year biochemistry major who conducted the hands-only CPR workshop in Spanish, observed:

Note to readers: Jennifer S. Singh, MPH, Ph.D., specializes in research at the intersections of genetics, health and society, and is currently investigating structural inequities to autism diagnosis and services based on race, social class and gender.

More information is available at the following links: 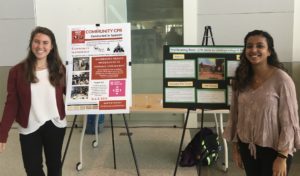 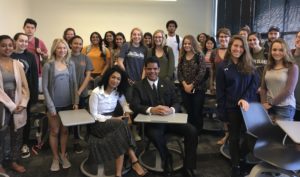