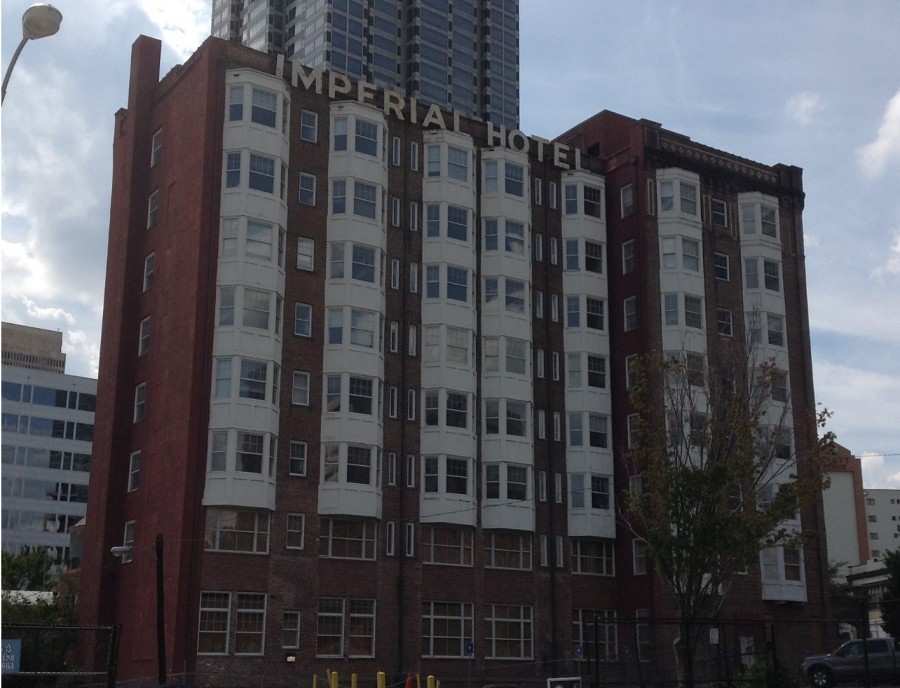 As Atlanta’s City Council considers its next big moves on affordable housing and community development, decision-makers and stakeholders alike have the opportunity to benefit from a bold, cutting-edge policy tool: Affordable Housing Impact Statements.

Much like an environmental impact statement or a fiscal impact statement, an Affordable Housing Impact Statement would specify the estimated impact of certain public policy decisions of the City Council on Atlanta’s affordable housing stock.

The statement would be prepared by the Office of Housing and would look like this:

This legislation, if enacted, is estimated to have a projected impact upon the affordable housing stock of the City of Atlanta by:

Adding ___ or decreasing ___ units affordable at 30 or below percent of the City of Atlanta Area Median Income (AMI); and

Adding ___ or decreasing ___ units affordable at over 80 percent of AMI.

The statements would be presented to Councilmembers before they vote on impacted legislation so that they are empowered with meaningful information about the consequences of their decisions as they’re making them. 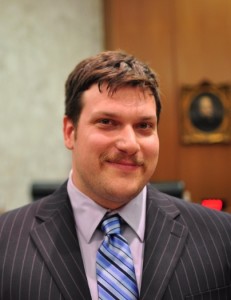 And the statements would be kept in a repository by the Municipal Clerk so that stakeholders can review the statements over time to see the trend of public policy and whether Atlanta is getting closer to, or further away, from, its goals.

After my nearly 10 years of citizen advocacy before Atlanta’s Community Development/Human Resources Committee (CD/HR) on issues of affordable housing, I have become very familiar with the concerns of Councilmembers and the needs of Atlanta’s working families in connection with this issue.

So, as a law student at Gonzaga University in Spokane, Washington, currently in my third year, I took the idea of Affordable Housing Impact Statements – an idea of Ben Howard, senior advocate, that was adopted by Georgia Stand Up’s policy platform in 2009 – and drafted a proposed ordinance for the City of Atlanta, implementing the idea.

Due to the leadership of Chairman Andre Dickens and Councilman Michael Julian Bond, the draft ordinance was introduced at CD/HR in November 2014, and is pending there as a held paper:

Atlanta has an affordable housing crisis that is getting worse every year.  The cost of rental housing is getting higher and higher, and it is making it burdensome, if not impossible, for working class people–including those who work in Atlanta – to live in Atlanta. 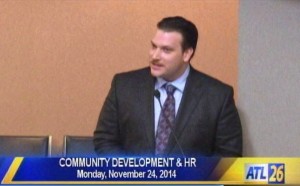 Tens of thousands of Atlanta households are cost-burdened, meaning they pay more than 30 percent of their income towards rent, according to a recent report by HR&A Advisors and Enterprise, Inc., on behalf of the City of Atlanta.

People tend to think of the availability or lack of affordable housing as a product of market forces only, but public policy also plays a huge role.

For example, routine decisions by the Atlanta City Council include land-use decisions that result in the loss of affordable units and replacing them with market-rate units, for example when a developer submits a proposal that clearly presumes the demolition of existing affordable units, like the San Lucia apartments by the Lindbergh Target.

Other routine decisions that affect the housing stock include the acceptance of federal grant dollars like Community Development Block Grants for the production or rehabilitation of affordable housing.

These grants can help meet the greatest unmet needs among Atlanta’s working families, if the units are appropriately targeted at 30 percent AMI. Impact statements would document the positive impact in terms of numbers of units and the income brackets of the households who will benefit.

There are also bigger proposals already introduced or in the works, including: mandatory inclusionary zoning; land banks and land trusts; policies to deal with abandoned, foreclosed properties; and more.

That is why this is an ideal time to enact Affordable Housing Impact Statements now, rather than later. That way we can have a meaningful, consistent way to document positive or negative impacts across a range of income brackets, as we consider each of these diverse proposals. 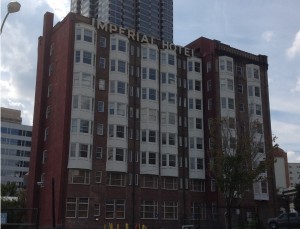 Late last year, I had the opportunity to meet with Terri Lee, deputy commissioner of Planning and Community Development; and Derrick Jordan, interim director of the Office of Housing, to discuss their thoughts and concerns, which they also expressed to the CD/HR Committee.

Since then, I have drafted an administrative memo, providing additional guidance on how such an impact statement could be composed; and proposed amendments to reduce the administrative burden on the Office of Housing.

Also, the Council increased the Office of Housing’s staff in the most recent fiscal year budget, which is already in effect, so preparing these Impact Statements would be a funded mandate.

We have a lot of work to do in terms of substantive policy making; and I think mandatory inclusionary upzoning, with a component for units at 30 percent AMI, and appropriate unit bonuses for developers, will be critical.

I just think adopting an Affordable Housing Impact Statement reporting policy is a common sense next step, a step that is focused on process, to make sure that we are collecting information in a pro-active and consistent way. It can help us monitor and gauge the potential impacts of policy decisions as we make them.

I think adoption of this policy would show the U.S. Department of Housing and Urban Development that Atlanta is serious about addressing structural barriers to fair housing in an affirmative way. It also will show the world we are serious about leading the way on this important issue.