Finding an affordable home is challenge enough. A new program offered by The Promise Homes Co. to its residents aims to help keep homes affordable – through the free supply and installation of lower-cost LED light bulbs. 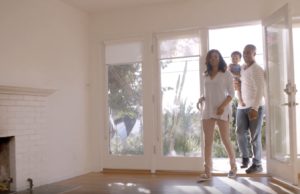 The savings can add up. Each home can expect to reduce lighting costs by $200, according to a statement released by Promise Homes.

Bryant is the nationally acclaimed founder, chairman and chief executive officer of nonprofit Operation HOPE, and CEO of Promise Homes. Promise Homes began in 2017 as a provider of for-rent single family houses in an era when institutional investors are acquiring significant numbers of the nation’s housing supply.

Maxik is a noted member of the nation’s scientific, health and wellness arenas; and founder and chief technology officer of Lighting Science Group Corp., a global leader in LED lighting solutions in sectors including biological, horticultural and urban lighting.

“Promise Homes knows that every penny counts to our residents, and we are committed to partnering with industry leaders who share our philosophy of building stronger and more resilient communities,” Bryant said in a statement.

Promise Homes was established as a counter-balance to a situation that emerged after the Great Recession, with corporate ownership of rental houses as an investment strategy. The industry has become an issue in the current presidential campaign.

Democratic candidate Elizabeth Warren castigated such firms in her Nov. 18, 2019 post on Medium, Protecting and Empowering Renters, for “shamelessly” profiting from their significant position in rental housing. Blackstone more than doubled, to $7 billion, its investment in rental homes after selling its investment in Invitation Homes, Inc. three days after Warren’s remarks, according to a report by Bloomberg.com. The timing was coincidental, according to the report.

Promise Homes’ lighting program joins a host of wrap-around services offered to residents of its homes. The company owns 592 houses in metro Atlanta. Programs include credit counseling and incentives to raise credit scores – a $100 gift card for raising a score by 25 points and a 10 percent reduction in rental rates if the score reaches 700 or above, according to a March 2019 report on the company’s website.

“We would like to thank Fred and Lighting Science Group for this donation, which will deliver meaningful savings to our residents,” Bryant said in the statement.

Maxik said the savings achieved through lower costs to light a home can help ease the burden on other areas of a tight budget.

“Providing incremental economic support to working families that may use the energy savings to pay for everyday needs such as back-to-school supplies, school meals or contribute to their family savings, is an exciting real-life demonstration of our innovative lighting technology,” Maxik said in the statement.

Maxik’s recognitions include: Champion for Change Award (White House, U.S.); Congressional Medal of Merit (Congress, U.S.); NASA Group Achievement Award; Samuel Bard Award in Science; and Medicine and the Friends of the Phelophepa Award, given by Desmond Tutu, according to his profile by Partnership for a Healthier America.

In 2017, Maxik served on a panel discussion at the 2017 summit of Partnership for a Healthier America. Former First Lady Michelle Obama served as honorary chair; former President Bill Clinton appeared as a plenary special guest; and Daniel Giusti was named to the champion spotlight – for his work founding Brigaid, to help improve school lunch nutrition, after serving as head chef at Copenhagan’s world famous Noma restaurant.