Just a few months ago, in January, I was trying to be clever (emphasize “trying”) as I wrote about “Just Mercy,”the new film starring Michael B. Jordan and Jamie Foxx. Based on a true story of racial injustice set in 1988, I joked that “Just Mercy” would be one of the best movies of the year – if the year were 1988 or even 1968.

Racism yet again reared its hideous head and, as David Byrne so brilliantly put it… same as it ever was.

I bring up “Just Mercy” because Warner Bros. is making the movie available to stream for free for the entire month of June. (Paramount is doing the same thing with “Selma.”) 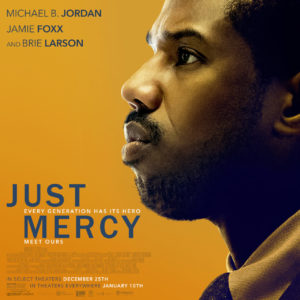 But “Just Mercy” should just be your jumping-off place. Spike Lee’s “Do the Right Thing” may be the best – certainly the most explosive – movie ever made about racial conflict. When I saw it in 1989, it so shook me up that I’ve never been able to sit through the entire film again.

If you’re looking for some kinder, gentler, but still worth your time pictures, seek out “Driving Miss Daisy” and “The Green Mile,” both of which Spike has contemptuously dismissed, but have a great deal to offer, especially for whites trying to understand a national wound that has resisted healing for centuries.

Julie Dash’s “Daughters of the Dust” is sheer poetry in motion. Set in 1902 on the islands off the Georgia-South Carolina coast and suffused in the Gullah culture, “Daughters” is a uniquely spiritual film that cherishes the mixed blessing of a mixed heritage. Never mind plot; simply focus on the hypnotic flow of lyrical images and inchoate emotion.

More recently, there’s been “12 Years A Slave” which won Oscar’s Best Picture in 2013. Based on the memoirs of a free black man (Chiwetel Ejiofor) from upstate New York who was abducted and sold into slavery, the film introduced us to the remarkable Lupito Nyong’o, who took home an Oscar for Best Supporting Actress.

And, perhaps best of all, there’s “Get Out,” Jordan Peele’s simultaneously hilarious and horrifying send-up of Nice White Liberals. Part “The Stepford Wives,” part “The Wicker Man,” part “Rosemary’s Baby” and a total original.

However, there are a couple of movies that have a special hold on my heart. Neither made much of a splash when they were released, and both could be seen as “soft.” But they reflect my personal experience with racism as well as anything I’ve seen.

“Once Upon a Time…When We Were Colored” 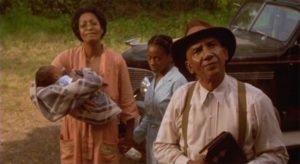 A scene from “Once Upon a Time…When We Were Colored”

Tim Reid’s tender, evocative film pays tribute to a generation of African-Americans who never got a break coming or going. It celebrates the triumph of the spirit of that generation that came after slavery and before lunch counter sit-ins, who grew up facing the daily degradations of Jim Crow segregation and the greater dangers of the KKK and their ilk.

Based on Clifton Taulbart’s coming-of-age memoir and set in small-town Mississippi, the movie spans three decades, beginning in 1946 and ending in the early ‘60s. Reid, who is best known as an actor on “WKRP in Cincinnati,” lets the material speak for itself, allowing us to witness the sad horrors of our not-so-recent past while also stressing the virtues of a close-knit community pulled together by tradition, church picnics, extended families, corner stores, etc.

The large cast is lovely, from Phylicia Rashad’s quietly complex Ma Ponk to Polly Bergen’s one-dimensional but still sympathetic Miss Mabry (a Delta-style Miss Daisy). The stand-out however is Freeman as the main character’s great-granddad, a church elder known as Poppa. This honorable, heartfelt film is one to share with the entire family, one that implores us never to forget our country’s past so we may be better prepared to shape its future.

And best of all… 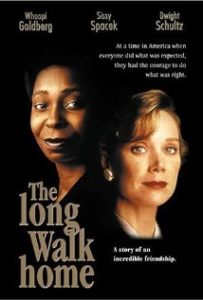 This exquisitely observed, emotionally acute drama about the Montgomery bus boycott in 1955 shows us the first halting steps in a journey that still isn’t over. Sissy Spacek and Whoopi Goldberg star as a Southern matron and her maid who are both irrevocably changed by the boycott sparked by Rosa Parks’ refusal to give up her seat to a white man.

The plain, simple plot is the stuff that TV-movies are made of and, yes, there is a whiff of white-glove do-gooding in the film’s restrained, understated tone. But the picture takes us far past a knee-jerk response to issues we still struggle with. It puts a human face – two human faces – on change by celebrating small acts of quiet courage. This remarkably moving movie gets to you in little unexpected ways; it’s as hard to shake as a childhood memory. And every bit as powerful.

No wonder George Floyd couldn’t breathe. He’d lived with that knee on his neck all his life.

Previous Article
City of Atlanta needs Eastside TAD – now more than ever
Next Article
“Today, what actions can we take to make a difference?”