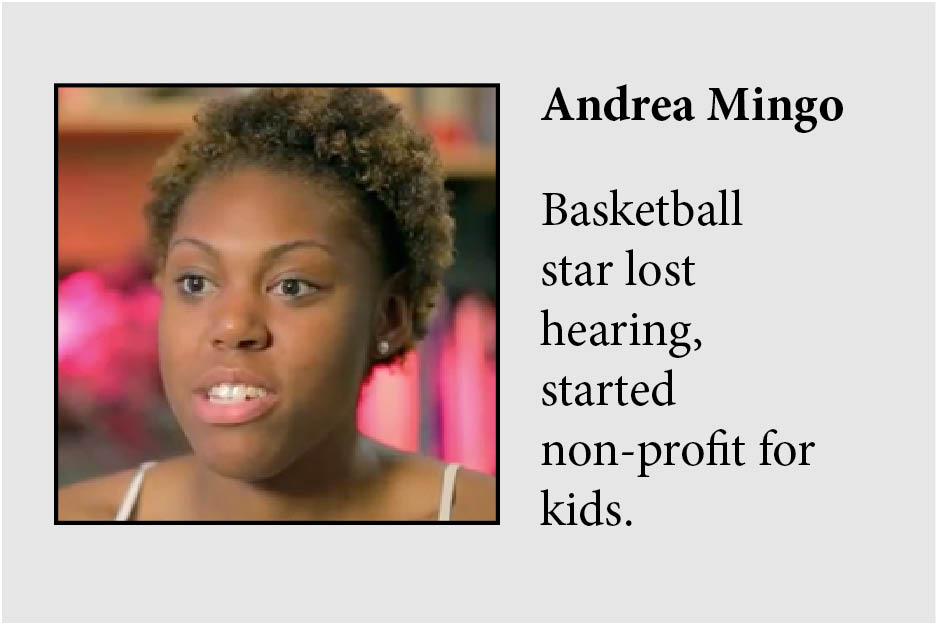 As the captain of the Purdue Boilermakers women’s basketball team for a third straight year, Andrea ‘Drey’ Mingo is no stranger to hard work. The 6-foot-2 forward was a McDonald’s All-American at Atlanta’s Marist high school, an AP honorable mention All-American in college and has dreams of one day being a pediatric cardiologist. But no amount of physical or mental training could have prepared her for the trials and tribulations she faced starting in her junior season at Purdue.

Drey’s Moment came a few days after she led her team to the preseason Women’s National Invitation Tournament title with a career-leading performance in 2010. The day after the tournament, Drey went to her trainer to say she wasn’t feeling well. She was prescribed some over-the-counter antibiotics and sent home. A day later, she was found unconscious on her bedroom floor. She had contracted bacterial meningitis.

Doctors in the hospital considered her condition “touch-and-go” with a 50% chance of survival. Five days after being admitted, Drey awoke to silence. The meningitis had damaged her hearing and doctors had little confidence that it would return.

“It’s very weird having the minimal of a sense that you were born with, but that has made me who I am today,” said Mingo in our accompanying HD Moments video.

After transferring from Maryland in 2009, Drey was preparing to settle into her second year with the Boilermakers and was ready to start the season as captain. But her shocking hearing loss presented a new set of challenges.

Within about a month, Mingo was back on the court practicing, but she was lost in her own world. Her teammates offered a strong support system and changed their tactics of communication on the court to help Mingo adapt.

“Because of the confidence issues that arose during that time of not knowing whether I’d get my hearing back or not, I decided to make my tough situation into a positive one for others by creating a nonprofit organization to benefit children within the deaf and hard of hearing community,” Drey said.

Hearing aids cost on average about $1,500 each and are very rarely covered by insurance companies. Recognizing that there are more than one million children under the age of 18 with a diagnosed hearing loss whose families are unable to afford this device, Drey created Sounds of Serenity.

The nonprofit, named after the Serenity Prayer that gave Drey comfort, aims to empower hearing-impaired children by raising awareness and sensitivity to the common confidence issues that may arise. It also provides financial assistance for families who struggle to afford the cost.

“Kids are tough and at young ages kids can be kind of mean. I’m just really about empowering children,” she said.

In the past few years as she entered graduate school, Drey’s hearing has slowly recovered, with about 90% regained hearing in the right ear and 30% in the left, but that wasn’t the end to her trials. As she prepared to return for her senior season, she was dealt another blow.

While practicing in the weeks leading up to the season, Drey landed wrong after a jump shot and tore her anterior cruciate ligament, or ACL. She immediately went into surgery and began the process to rehabilitate her ACL, but missed her senior season nonetheless.

Remarkably, the NCAA granted Drey an extremely rare sixth year of eligibility, allowing her to graduate with a degree in biology and begin her master’s in toxicology. She averaged 12.2 points and 6.0 rebounds this past season and earned the Most Outstanding Player award after leading her team to a second-straight Big Ten championship. She was the team’s second-leading scorer and rebounder.

Last month she was honored at an awards dinner at the Atlanta History Center as a finalist for the Coach Wooden Citizen Cup, a national recognition sponsored by Athletes for a Better World.

Drey is now working to establish a collaborative partnership between Sounds of Serenity and HEAR NOW, a program to assist those with hearing lost run by the Starkey Hearing Foundation, as well as the Indiana School for the Deaf. However, she’s recently put her schooling on hold since being invited to the WNBA’s Washington Mystics’ training camp, where she will sign her rookie contract and begin practice this week. If she makes the team, the Mystics open their 2013 regular season May 27 at 3 p.m. against the Tulsa Shock (ESPN2). Washington’s home opener is set for June 2 at 4 p.m. against her hometown Atlanta Dream.

“Through telling my story, I’m empowering young children and letting them know that hearing aids are cool and you’re just like everybody else. That was my Moment.” 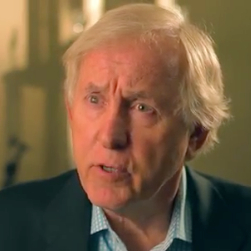 Next week in Moments: Fran Tarkenton

Next week in Moments: Former UGA and NFL quarterback Fran Tarkenton, on the Moment he put himself in the game, surprising everyone but himself.