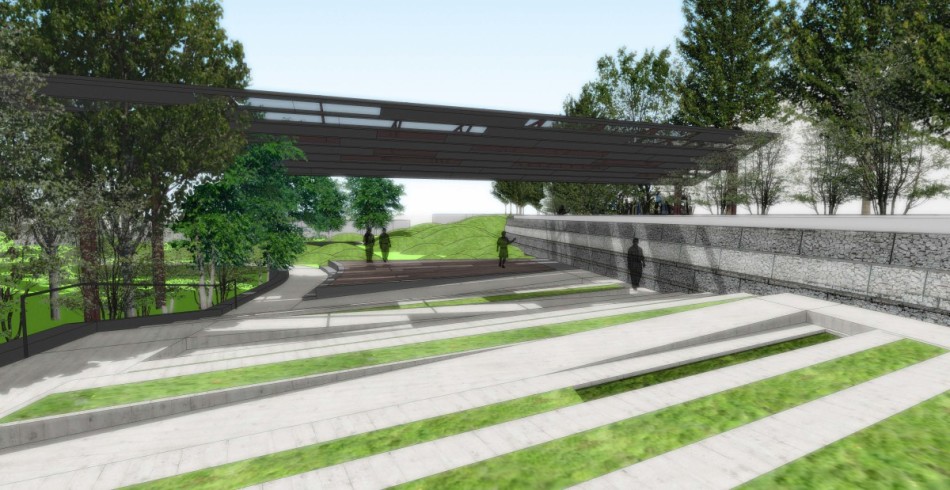 In an attempt to improve our city’s urban design, AIA Atlanta sponsored a national design competition for a new pavilion that could be built along the Westside BeltLine Trail at Adair Park.

The winning design was from Tim Bragan, Sylvan Miles and Harry Ross of Washington, D.C. – receiving $10,000 for their entry.

Melody Harclerode, 2015 president of AIA Atlanta, said the jury was impressed by the “simplicity of the design” by the winning team, which received a $10,000 award for winning. 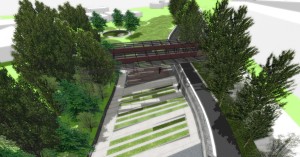 So an invite for the design competition went out to architectural and design professionals – and AIA Atlanta and the BeltLine received entries from as far north as New York City and as far south as Puerto Rico.

Then a jury of design professionals and civic leaders evaluated the design proposals.

One of the stars of the jury was Michael Arad, a Georgia Tech alum from the College of Architecture who designed the 9/11 Memorial at the World Trade Center site. Arad’s design titled “Reflecting Absence” was chosen from more than 5,000 entries. Today Arad is a partner with the New York-based of Handel Architects. 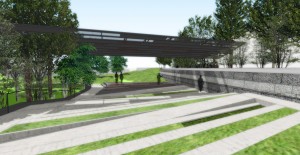 Arad said he agreed to serve on the Pavilion design jury as a way of giving back to Atlanta and being able to stay connected to the city,

“Atlanta holds a special place in my heart,” said Arad, who lived in Atlanta from 1995 to 1999 during “four formative years.”

Arad gave special credit to the late Doug Allen, one of his professors at Georgia Tech. He is on the board of the Doug Allen Institute as a way of continuing Allen’s legacy.

So how does Arad think Atlanta has changed since he lived here?

“Although a lot of progress has been made in Atlanta, especially in the neighborhoods close to downtown and the city’s center, it still has not reached the critical mass where you feel comfortable walking everywhere, ” Arad said. “It’s something the city should strive for. It would be great to see the urban core have more people.”

Arad did say the Atlanta BeltLine is helping meet a demand for people wanting to live and work in a vibrant city. “You look at demographic trends,” Arad said. “Young people are not that interested in living in the suburbs and having a long commute.” 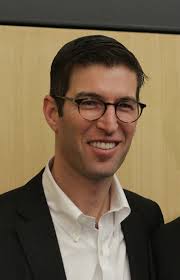 When the jury was meeting in Atlanta, the members were able to tour Adair Park and the area of the BeltLine where the pavilion would be built.

“I still feel very connected to Atlanta,” Arad said. “This. felt like an opportunity to be part of something that would be good for the community.”

In a telephone interview on Thursday before the design winner was announced, Arad said he hoped the selected design would receive positive feedback in the community. The jury did see a number of great proposals, but it was looking for a timeless design that would work during major performances or when people would be using the space on a daily basis.

“It’s not about opening day but how it’s used a year from now or five years from now – if it’s still cherished by the neighborhood,” Arad said. “This design set the right tone.”

The other two finalists were Chasm Architecture from Atlanta, which came in third receiving a $3,000 award; and Diaz Paunetto Arquitectos of Puerto Rico, receiving the second place award with $5,000.

Now the question is whether Atlanta will figure out a way to finance and implement the design of the Pavilion along the Westside Trail. 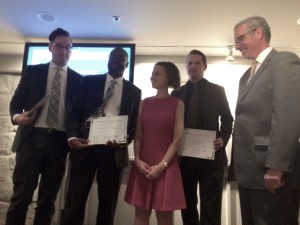 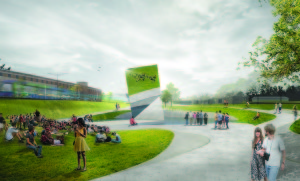 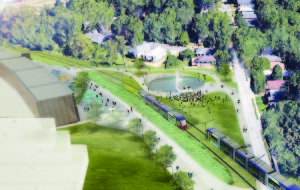 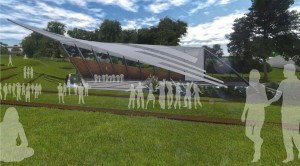 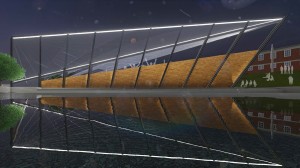