‘Alien Covenant’ – a haunted house movie on a grand scale 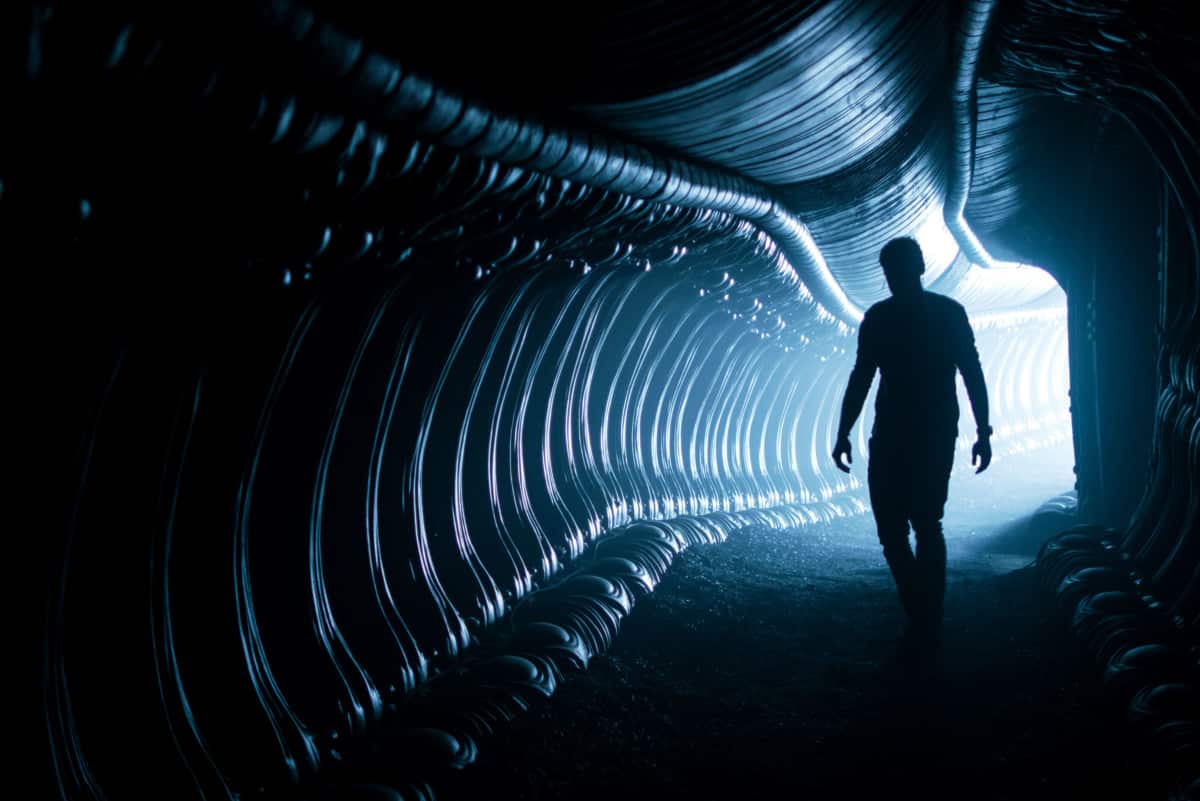 Share
Tweet
Share
Pin
Pocket
WhatsApp
Buffer
Email
Reddit
0 Shares
By Eleanor Ringel Cater
How could anyone ever hope to top the scene from “Alien” in which a slimy, gory, nasty thingie bursts out of John Hurt’s chest?
Well, you can’t. But Ridley Scott, who made the 1979 original, comes pretty damn close in “Alien Covenant,” his newest entry into the world of slimy, gory, nasty thingies.
“Alien Covenant” returns to the first film’s horror movie roots. The year is 2104 and the Covenant, a sleek gigantic spaceship, is headed to a distant planet. Aboard are 2000 colonists, 1140 embryos, 15 crew members and one android named Walter (Michael Fassbender). Their mission is to populate a new world — the sort of homey place where people like second-in-command Daniels (Katherine Waterston) and her husband (a briefly glimpsed James Franco) can build a log cabin on a lake. 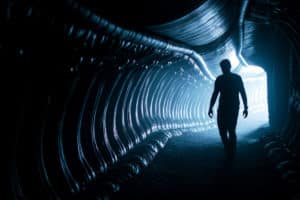 But something goes wrong en route and the crew, prematurely awakened, must pound their way out of their hyper-sleep pods. Their destination is another seven or so years away, so when a seemingly inhabitable (albeit heretofore-unseen) planet, inexplicably appears, their new captain (Billy Crudup) decides it’s worth checking out.
And that’s about all you need to know. Because  — surprise! — the place turns out to be more death trap than paradise. Luckily (maybe), an unlikely savior appears. He’s David (also Fassbender), the android sole survivor of the spaceship Prometheus, which came to a bad end in Scott’s previous movie (a kind of prequel to “Alien”).
Like the 1979 film, “Covenant” is a haunted house movie, but on a much grander scale. Everything is deadly and, in classic “Ten Little Indians” style, most of the landing party meet grisly, gross-out deaths (including one harkening back to Hurt that seems almost nostalgic).
Walter and David may be the android equivalent of separated-at-birth (well, separated by a decade), but they have vastly different personas.  Walter, being next generation so to speak, has been programmed to have a more compassionate view of the species who created him. David, however, is like Dr. Pretorius, the mad doctor in “Bride of Frankenstein” who envisioned a glorious new world of “gods and monsters.”
Tellingly, David likes to quote “Ozymandias.” And, in a nifty nod to “Lawrence of Arabia,” he breaks into a few bars of “The Man Who Broke the Bank at Monte Carlo, the same ditty sung by Peter O’Toole (an early hint of Lawrence’s creeping megalomania). 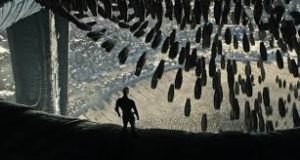 Another scene from Alien Covenant

This is not the sort of movie that deals much in character development. What we see is what we get. But Waterston is sturdy and sympathetic in the designated Sigourney Weaver role while Crudup is equal parts good-hearted and dunder-headed as a man who is in way above his pay grade. And Danny McBride has fun as a courageous good ol’ boy (his nickname is Tennessee) who may have inadvertently got the whole ball rolling when he recognizes a sputtering space signal as a version of an old John Denver song (“Country roads, take me home…”)
But make no mistake. There is no such thing as “home” in “Alien Covenant.” There are only gods and monsters, with the emphasis on the latter.
Share
Tweet
Share
Pin
Pocket
WhatsApp
Buffer
Email
Reddit
0 Shares
Tags: