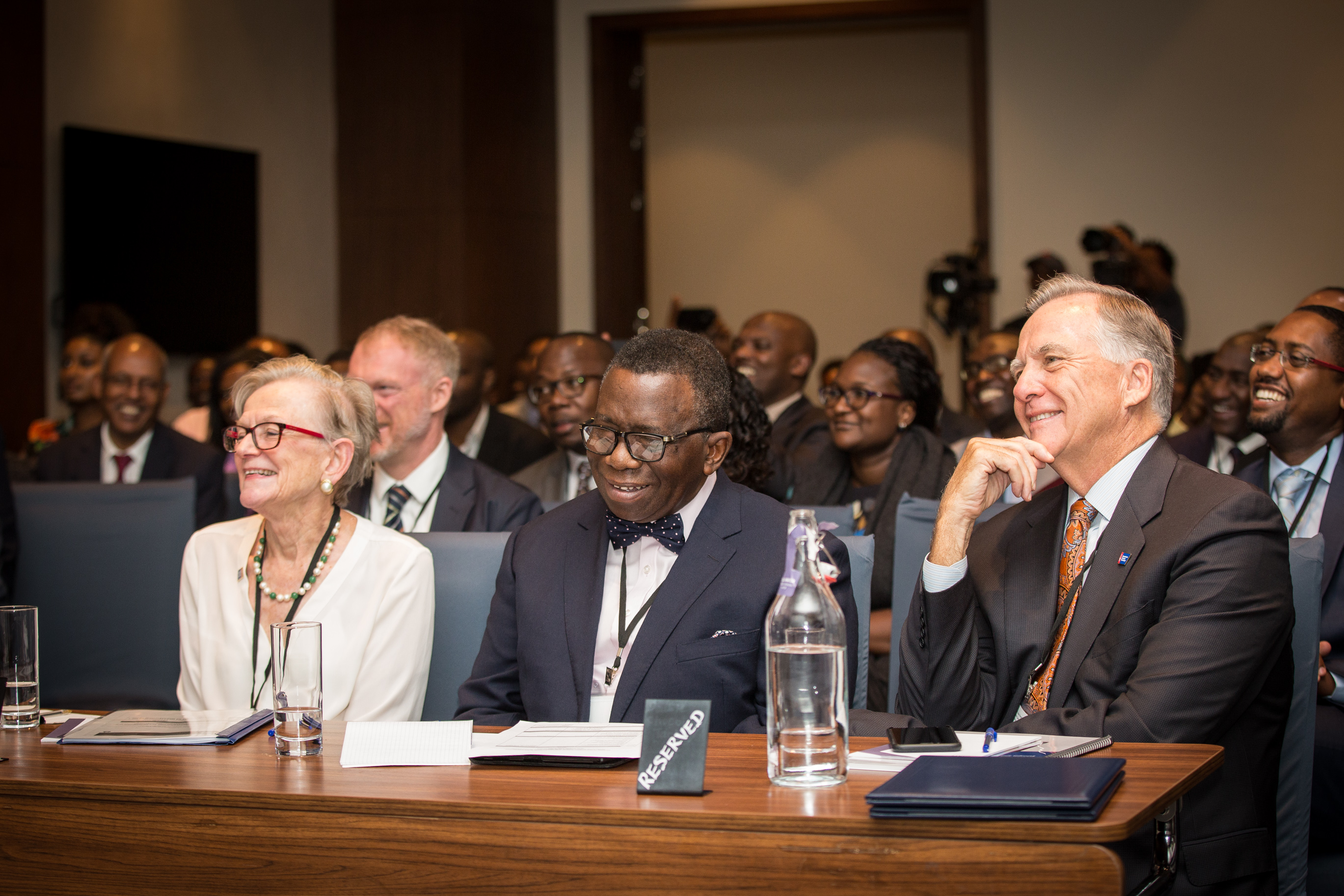 By Maria Saporta\
As published in the Atlanta Business Chronicle on Oct. 25, 2019

The Atlanta-based American Cancer Society is expanding its reach beyond the borders of the United States to fight cancer.

Gary Reedy, president and CEO of the American Cancer Society, recently returned from a trip to Ethiopia and Kenya where a major initiative is underway to improve the treatment of cancer in Sub-Saharan Africa. 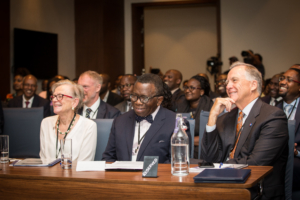 “We have found out that the American Cancer Society is well-known and respected outside of the United States,” Reedy said in a recent interview. “We have 106 years of experience fighting this disease. Shame on us if we don’t share that learning and knowledge with anyone and everyone.”

During the trip, Reedy attended the gathering of the African Cancer Coalition in Addis Ababa, Ethiopia, where ACS joined oncologists from 11 African nations. The National Comprehensive Cancer Network, working with the Clinton Health Access Initiative and IBM, developed and announced 45 cancer-care guidelines.

Of the 36 most prevalent types of cancer in the region, the guideless cover 33 of them – or 95% of the adult cases.

“If you look at Sub-Saharan Africa, the burden is so big,” Reedy said. “There will be at least 800,000 new cancer cases this year, and there will be at least 532,000 deaths in one year. Cancer is about twice as lethal there as it is in the United States. There are a ton of people who are not diagnosed, and of the 800,00 people diagnosed, 80 percent already are at Stage 4. That gets to the root of the problem.”

By comparison, in the United States, early detection and treatment has meant fewer people dying from cancer.

Reedy spent his first day at the Black Lion Hospital in Addis Ababa. It was a Monday morning, and the cancer clinic had standing-room-only with people waiting outside where they had slept on the grass and benches. The hospital had run out of chemo. One of its two radio therapy machines was broken, and the hospital was unable to buy the $65,000 part needed to fix it.

“Working through the ministers of health. I came back more inspired than ever by the role we are playing to help address this issue that sometimes feels insurmountable,” Reedy said. “Since the mid-1980s, the countries in Sub-Saharan Africa have been focused on infectious diseases. Now non-communicable diseases are catching up with infectious diseases.” 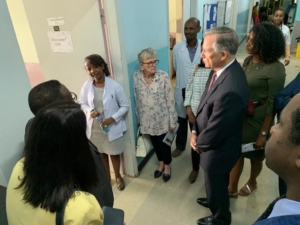 Reedy has seen improvement. Roughly five years ago, there were only three oncologists in Ethiopia, and today there are 30.

The most prevalent cancers in Sub-Saharan Africa are breast and cervical cancer, which can be treated if detected early. And if 12-year-olds are vaccinated against HPV, cervical cancer can be avoided.

Reedy said having the word “American” in the ACS name is “not a barrier at all” in its global work.

ACS also is building a Hope Hostel in Nairobi where cancer patients and their caregivers can stay, Reedy said. ACS is covering half of the $3 million construction cost and Nairobi officials are raising the other half.

“We don’t have employees outside the United States, but we have a global team that travels all over the world,” Reedy said. “The amount of money we are putting into our global effort right now compared to our total budget is less than 5 percent.

“We have a moral imperative to share the knowledge and learning we have developed over the last 106 years and share that with any country, but especially with countries where the need is the greatest.”

The annual “Numbers Too Big To Ignore” luncheon of the Atlanta Women’s Foundation brought together 1,800 women (and a few men) to help raise money used to transform the lives of women and girls in the community.

The lunch was held at the Georgia World Congress Center’s Thomas Murphy Ballroom on Oct. 1. (See photos on Page 6A, The Insider.)

The numbers are in. In all, the luncheon is estimated to have raised nearly $1.1 million, according to spokeswoman Kate Balzer. About $190,000 was raised during the lunch.

The keynote speaker of the lunch was Gayle King, co-host of “CBS This Morning” and editor-at-large of the O, the Oprah Magazine. She was interviewed by CNN anchor Fredricka Whitfield. 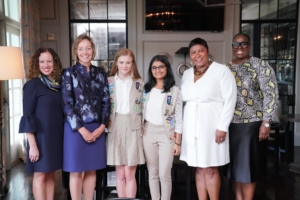 The 7th Annual Second Century lunch of the Girl Scouts of Greater Atlanta featured Mary Laschinger, chairman and CEO of Veritiv Corp., as its keynote speaker.

Laschinger, the only woman CEO of a Fortune 500 company based in Georgia, spoke of her unique path to leadership and the lessons she learned along the way.