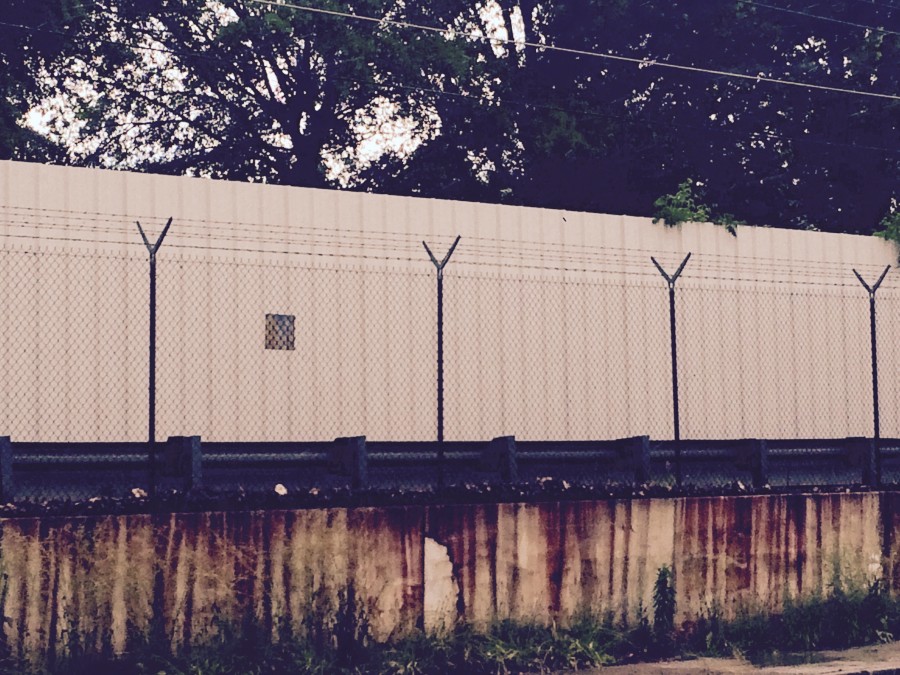 When you issued your press release last week saying you welcomed a conversation on Fort McPherson – that you encouraged debate and dialogue based on facts – not fiction, I was delighted and greatly relieved.

An open, honest and fact-based debate about Fort McPherson is long overdue. 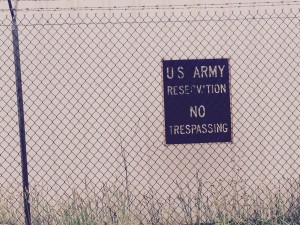 As you know, I believe Fort McPherson represents a once-in-a-lifetime opportunity for Atlanta. We have only one chance to get it right.

First, I would like to correct some misinformation that has been spread about this 488-acre treasure.

The most egregious statement has been that the only person who had shown interest in buying land at Fort McPherson has been Tyler Perry.

First of all, the state of Georgia offered nearly $10 million to buy one building and 11 acres on the site (compared to Perry offering $30 million for 330 acres). You convinced Gov. Nathan Deal to withdraw his offer because Perry wanted that building for the headquarters of Tyler Perry Studios.

Second, there has been an ongoing lawsuit from Ubiquitous Entertainment Studios, which had been trying for the better part of two years to buy 80 acres at Fort McPherson. They were prepared to spend up to $10 million for that property (more per acre than Perry is paying), but they were told by the McPherson Implementing Local Redevelopment Authority (MILRA) that they could not present a proposal until the Authority had acquired the property from the U.S. Army.

A city economic development official told me that he had told several other interested parties the same thing. MILRA would not accept any proposals from potential buyers until the Authority had title to the property.

After Ubiquitous filed its lawsuit, officials from the City of Atlanta and MILRA tried to discredit them saying they didn’t have the financial capacity to go through with their plans. Of course Ubiquitous never got an opportunity to fully present its proposal, but it had several heavyweights on its board, including Oscar-winner Denzel Washington. It also had brought in a major Hollywood studio to tour Fort McPherson as a potential partner.

Also, MILRA had been working on a master plan that had been vetted by the community. It is still on the MILRA website calling for a mixed-use residential, office and retail community, a Georgia science and technology park and open space. 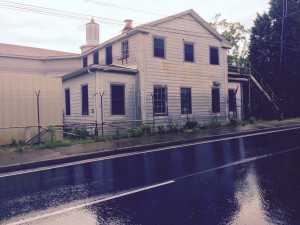 A team of three nationally-known developers was selected to oversee the redevelopment of Fort McPherson, but MILRA changed the rules saying they would have to pay for the Authority’s administrative costs (roughly $500,000 a year), and the team pulled out.

All this interest existed before MILRA had launched a national campaign to market the property, which it was getting ready to do before you circumvented the publicly-agreed to process by cutting a deal with Tyler Perry.

Obviously, I believe MILRA would have been wise to study which communities had been most successful in redeveloping their closed army bases, and then modeled its plan after a best-in-class approach. More on that later.

But Mayor, you have had your heart set on Tyler Perry moving his studio to Fort Mac. 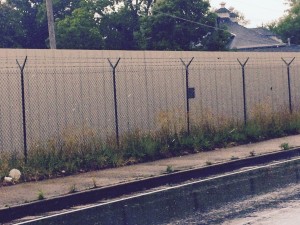 Theoretically, that could have been a positive development if you and MILRA had been willing to negotiate with Tyler Perry in the city’s best interests.

For starters – the fence.

When the Perry deal was first announced, members of the community expressed concern that Perry would just turn Fort McPherson into another fort or make it a fort within a fort.

“The community was very excited about the walls coming down,” Atlanta City Councilwoman Joyce Sheperd, who represents the Farea and serves on the Authority as an ad-hoc member, said in July 2014. “You cannot keep the walls up the way it is now.” 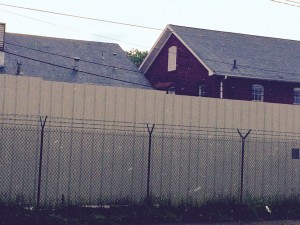 There has been no talk about the walls coming down for months. In fact, Perry was able to redraw the property he would own so the land in front of the Lakewood-Fort McPherson MARTA station, a prime redevelopment site, will be fenced off. Perry also was able to make what would have been a public road accessing the interior of the property into a private road closed off to the public.

And the 200-plus acres of green space would have been a wonderful amenity for the City of Atlanta. Could you and MILRA have negotiated a deal with Tyler Perry to be able to use the green space for festivals five weekends out of the year? 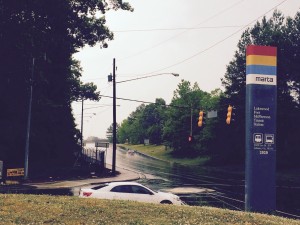 Perhaps you and MILRA could have convinced Tyler Perry to just fence off the area where he would be keeping expensive studio equipment and keep the rest of the property open to the community – the tennis courts, the basketball courts, a maintained golf course, the movie theatre, the grocery store, the bowling alley….

One of the community’s biggest concerns is that this is a land play for Tyler Perry. He is getting the property at less than $100,000 an acre – a steal by almost any measure. Although MILRA has the first option to buy any property he would sell, it will have to buy it at fair market value. Somehow that just doesn’t seem fair. And it doesn’t stop  Tyler Perry simply becoming a land speculator.

But if MILRA had negotiated a first option to buy the property for what he had paid for it with a slight annual escalation of say 3 percent a year, then that would have kept everyone honest. 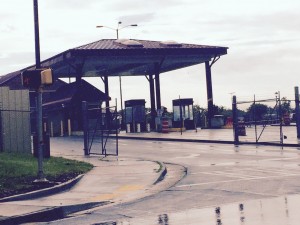 Another suggestion. We have not been able to see the contract to see what is included, so I’m hoping you and MILRA have made this part of the deal.

Are there performance measures for Tyler Perry to meet in order for him to keep ownership of the property? It is a routine condition in sales of public lands for redevelopment. Does Tyler Perry have to build “x” number of studios in “x” number of years and employ “x” number of people to live up to his agreement with MILRA?

Again, those kind of conditions should be in the contract, and that contract should be made available to the public before the deal is closed.

Lastly, Perry is buying the 330 prime acres on the site – leaving 148 acres for MILRA to redevelop. Although MILRA is fond of saying it’s as much land as Atlantic Station, the way the land is configured on patchy edges of the site, it is not ideal for redevelopment. Perry also has first option to buy MILRA’s land.

Which leads me to the question – why does Perry need 330 acres? 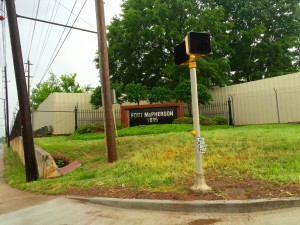 Perhaps even more relevant is “The Presidio” – a former Army base in San Francisco.

The Presidio has 21 different neighborhoods with a majority of land set aside to become part of the Golden Gate National Recreation Area.

The Letterman Digital Arts Center, the headquarters of LucasFilm and home of Industrial, Light & Magic as well as Animation, Consumer Products, Digital Media and Franchise Management, located its headquarters at the Presidio on a 23-acre campus.

In 2002, LucasFilm, however, entered into a 90-year ground lease for the 23 acres, which includes 15 acres of green space accessible to the public. LucasFilm pays $5.8 million in rent each year, which helps cover the costs of the Presidio Trust’s annual budget.

Mayor, a couple of points for Atlanta to consider as it relates to Fort McPherson. If LucasFilm can operate its studios on 23 acres that it leases and still have 15 acres of green space accessible to the public, why can’t Tyler Perry remove the fences at Fort McPherson and make it be part of the community once and for all? 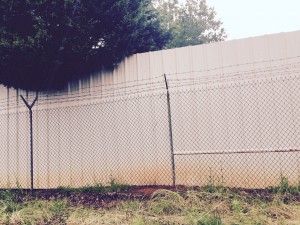 Just so I am not misunderstood, I am not attacking you in my columns on Fort McPherson. Quite the opposite. I am looking out for what is in the best interest for the City of Atlanta and for the southside.

I don’t believe this quadrant of the city should be short-changed in any way, and it pains me when people say the current Tyler Perry deal is the best the area can hope for.

The southside deserves so much better. I know you can be the Mayor who could deliver so much more. You could help develop an amazing vision for Fort McPherson – one that would totally transform the southside – an area desperate for a new day without fences and without low expectations.

Believe it or not Mayor Reed, I am looking out for your legacy.

Note to readers: In my last two columns about Fort McPherson, (column one and column two), I have included photos of the beautiful amenities within the walls of the fort. So many people have had no idea of the treasures that exist on this magnificent piece of property. For this column, I decided to just show the images that the community sees of Fort McPherson day-in and day-out. If we truly want to see a transformation of the southside, these fences must come down.