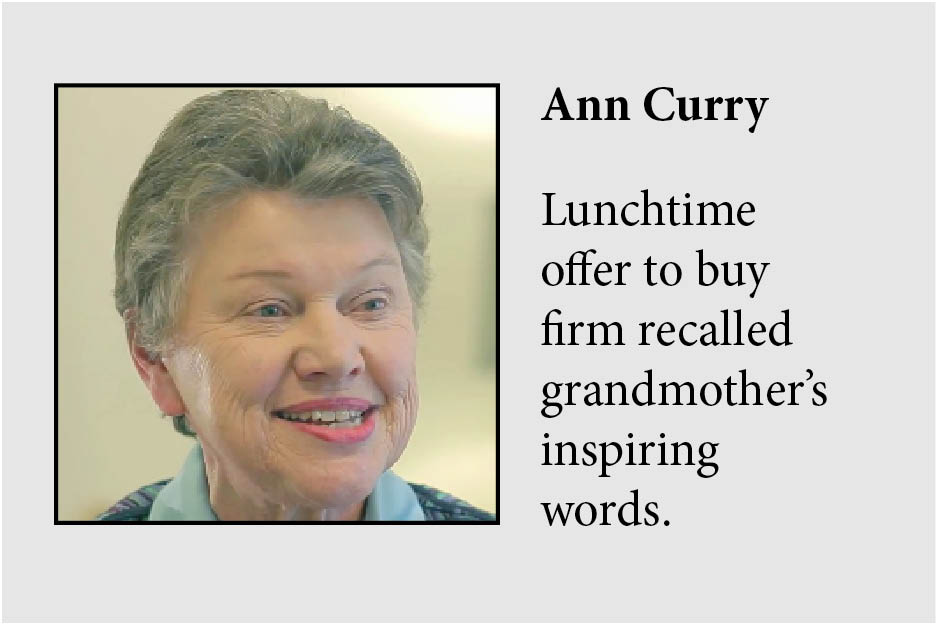 President and Owner of Coxe Curry & Associates Ann Curry had her Moment during a business lunch more than 20 years ago – presenting her with an opportunity that surprisingly summoned core values instilled in her decades earlier by her grandmother.

Ann’s Moment was during the summer of 1991 while she was chair of the board for Atlanta-Fulton Public Library Foundation. The library had formed a foundation to raise private money for the library system and had been working with a fundraising consulting firm, Coxe & Associates.

Frankie Coxe, the owner of the firm, invited Ann to lunch one afternoon. Ann surmised why Frankie wanted to meet, but she had no idea the aspirational Moment it would inspire.

“My husband said to me, ‘What do you think is going to happen at lunch today?’ And I said, “Frankie Coxe is going to offer me a job,” Ann said in our accompanying Moments HD video.

Just as Ann was sure of why Frankie wanted to meet, she told her husband what her response would be.

“I’m going to say ‘no’ – I’m not working for anybody else,’” she told him. “I’ve had this great life as a community volunteer, I’ve been chair of all these boards, I’ve hired and fired executive directors – I’m not going to go and be staff for somebody. I’ve had too much fun on my own.”

At lunch, Frankie offered Ann a job, just as she expected.

“I went home and told my husband, ‘lunch did not go exactly how I expected it – it took a little turn.’ ”

Frankie’s offer caused Ann to pause and think about her decision. Instead of sticking with the adamant response she initially prepared, the Moment caused her to remember the words of her grandmother.

Ann’s grandmother was strong-willed, helping to run her old family farm in Aiken County, South Carolina, just across the Georgia line from Augusta and Richmond County. She said her grandmother was very much the matriarch of the family as a smart, spiritual woman and role model, instilling in Ann one very prominent attitude that would guide her throughout her life, and now, particularly, steer her in this inflection point.

Ann recalled her grandmother’s frequent advice: “You are to achieve everything you can, you are to work hard and be good and be the leader of the class – but you need to remember every time you achieve something or get any type of reward or recognition that’s just one more obligation you have to pay back to society for the gift you’ve been given.”

“I grew up internalizing that value,” Ann recalled.

In her lifelong community volunteerism, she had served as president and chaired multiple boards including Atlanta Fulton League of Women Voters, the Atlanta Fulton Public Library, and Research Atlanta.

“I thought I was doing the things my grandmother would have me do,” she said.

Yet, when Frankie offered her the opportunity to buy her firm, she realized she could do more. As an owner of the fundraising consulting firm, Ann would not only be able to maintain a leadership position, she would have the opportunity to contribute to the success of multiple nonprofits in the community.

“It was sort of a call to me that said, ‘OK, are you doing absolutely everything that you are capable of doing or is there another level that you could ratchet this up to that would really deliver for your grandmother?’” Ann said.

“That Moment said to me, there is another level.”

Ann accepted Frankie’s offer and bought the firm – for which she confides she borrowed the downpayment money from her husband and never quite got around to paying him back.

At the time, the firm had about a million dollars of revenues and 15 employees. Now as Coxe Curry & Associates, the firm has more than quadrupled revenue, a staff three or four times larger than the original and works with more than 100 clients each year.

“We have had a really wonderful ride in this town,” Ann said.

As she now plans for the fourth generation of leadership in the 60-year-old firm, Ann’s use of her passion for community and giving back, contributing to the lifeblood of hundreds of nonprofits and organizations each year, would no doubt make her grandmother very proud.

“Lots of times when I am able to see that piece of good, and see the impact Coxe Curry has made, I kind of want my grandmother to be here so she could know that it all worked out pretty well.” 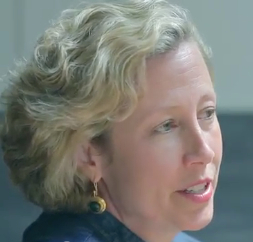 Next week in Moments: Wendy Binns

Next week in Moments: Wendy Binns, owner of Atlanta INtown newspaper, on a medical diagnosis that led to her son’s adoption from the Congo.