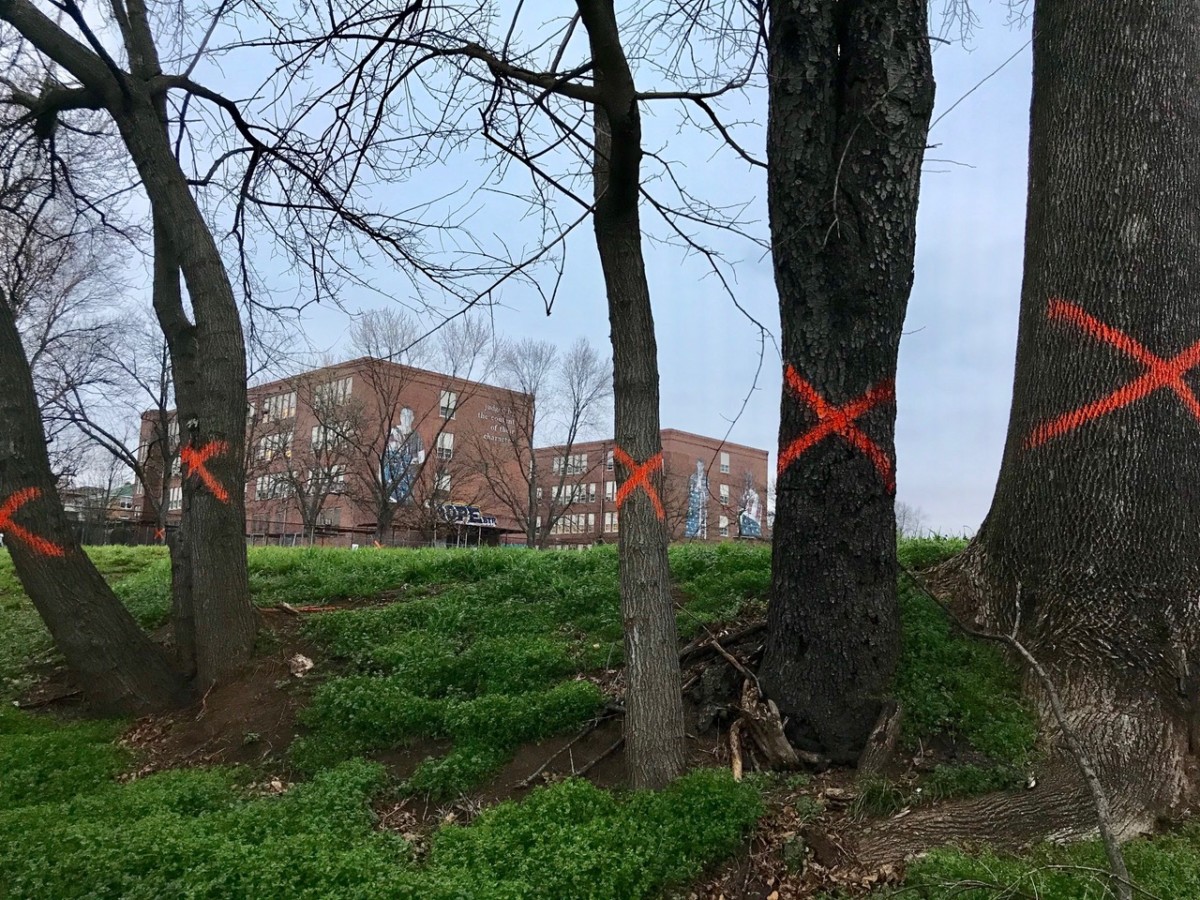 The Atlanta Public Schools is seeking to cut down 60 trees on a key piece of property in the center of the city.

The trees have been growing on the land that surrounds the former David T. Howard Elementary School from the days when Martin Luther King Jr. attended the elementary school – only a few blocks away from his birth home.

The David T. Howard School was originally built between 1923 and 1924 on what is now John Wesley Dobbs Avenue. It was closed in 1976 and has been vacant ever since. 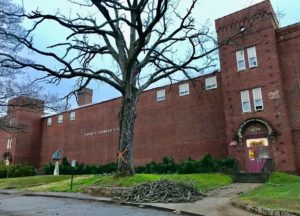 Now the Atlanta Public Schools intends to transform the building into a middle school that will be part of the Grady High School cluster. The school is needed to serve the growing number of students moving in the city and to the Old Fourth Ward community, which is a welcome development.

But current plans to turn Howard into a middle school include several new buildings as well as new driveways and parking that APS and its architects say will mean that 60 trees will need go – the overwhelming majority of the trees on the site.

Ironically, the plans show that APS intends to plant new young trees in many of the same locations where the mature trees currently stand.

People who disagree with the plans to remove the trees can make an appeal to the Tree Conservation Commission by Feb. 28 by either calling 404-330-6070 or filing a complaint at City Hall.

The local architectural firms of Stevens & Wilkinson and Lord Aeck Sargent have been designing the plans for the project, keeping the oldest portions of the school while removing some of the newer buildings on the property and replacing them with new buildings – using a design influenced by a 1924 plan for an auditorium that was never built. 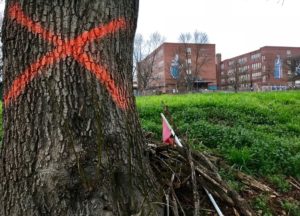 Nearly all the trees on the block that houses the David T. Howard School would be cut down (Photo by Kelly Jordan)

But the sad reality is that the architects obviously did not design plans that would have saved most of the mature trees on the property.

If we want to protect our precious tree canopy, Atlanta’s approach to development has to change. Architects and designers will need to start designing their buildings in a way that saves our mature trees rather than clear-cutting them and planting much smaller trees in their place.

According to APS, only seven of the 60 trees that will be cut down are diseased or dying. That means the plans as currently proposed would cut down 53 healthy trees.

Clearly there must be a better solution.

Atlanta has been working hard to become a more sustainable and environmentally-friendly city. Protecting our tree cover is a major factor in cooling off our city during hot summer days and helping remove pollution from the air. A bunch of brand new trees cannot replace healthy mature trees and their contributions to our environment. 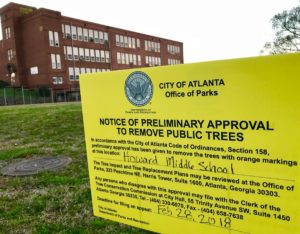 In fact, our public schools should be teaching our students on the value of our old growth trees rather than setting a bad example of cutting down the very thing that helps Atlanta stand out in the nation and the world. We are a city in a forest, but that won’t last if we keep cutting down our trees.

The two local architectural firms involved with this project are well-respected and talented. I’m sure that if they were given a mandate to save as many trees as possible, they would end up with a much better design.

Because so many of the trees to be cut down are for new driveways for pick-up and drop-offs, I also would challenge APS to find another way to accommodate cars.

There is very little traffic on the streets that surround the Howard school, and it would be so much nicer if pick-ups and drop-offs could take place in spots where there currently is pavement, including the possibility of closing off a lane at the beginning and end of the school day.

Also, most of the trees on the site are on the edges of the property. There is quite a bit of open space with no trees. Why not find a way to design the new construction in the cleared off spaces while saving the trees and the topography that currently exists?

Another argument often made by people who seek to clear a site for development is that the trees would not survive the construction process. 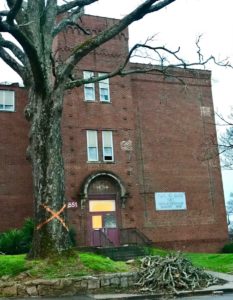 Trees can live through a major construction project if, and that’s an important if, the developers make sure to protect the trees feeder roots with construction fencing. And even if the feeder roots are disturbed, arborist can put trees into intensive care (with special injections) until the tree is able to re-establish its roots.

As Atlanta is expected to add more population, it is more important than ever for us to balance new development with our natural amenities. And in Atlanta, our most precious amenity is our tree canopy.

It is time for our city to develop a new tree ordinance – one that would make it much more difficult for developers to clear-cut their land by paying a fine and/or planting new skinny trees.

And it is especially important that our governmental entities – those with a mandate serve the public – live up to the highest standards of development, historic preservation and tree conservation. Our cities, our public schools, our counties and our state must set a high bar and set an example for private developers.

Preserving the trees at the new David T. Howard School would be a great place to start. 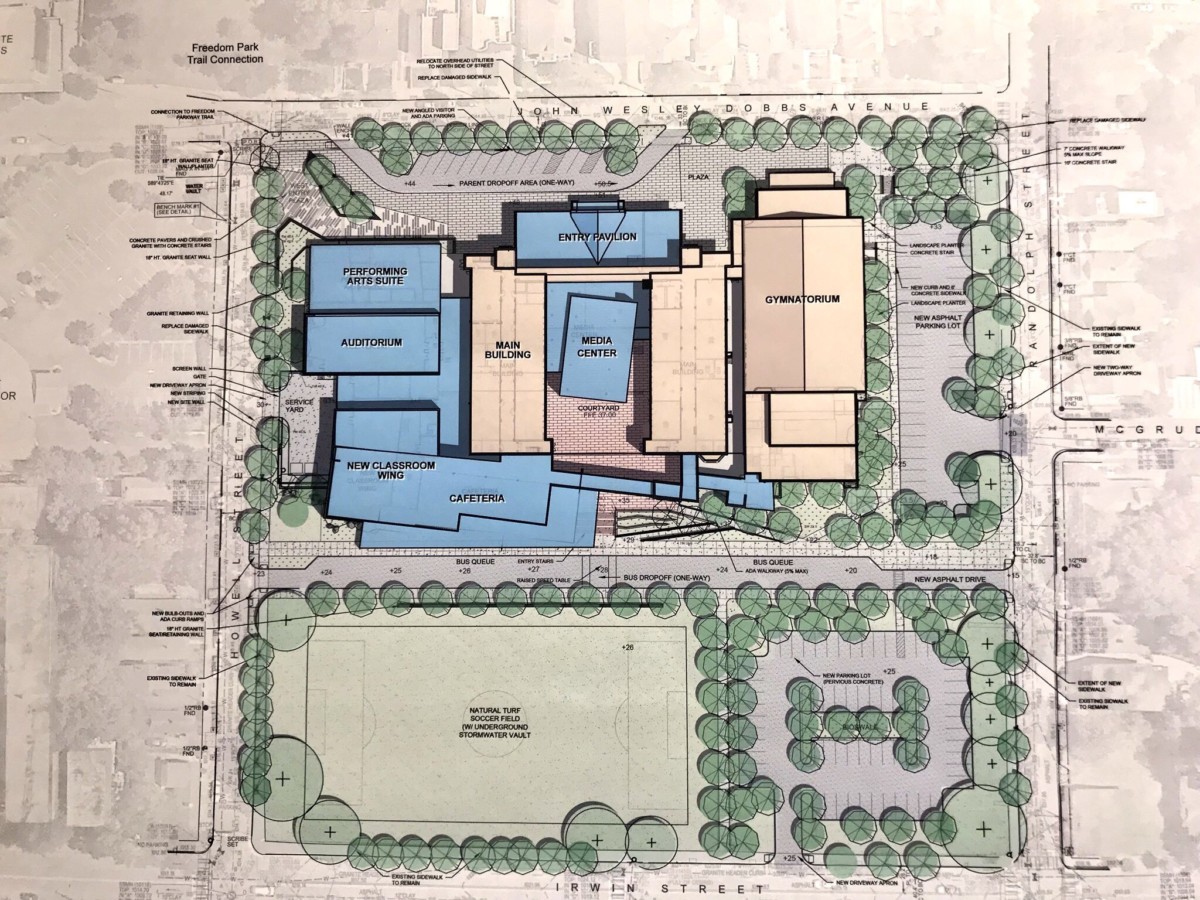 Master plan for the new David T. Howard Middle School. Notice how the new trees are in many of the same spots where mature trees exist (Special: Atlanta Public Schools) 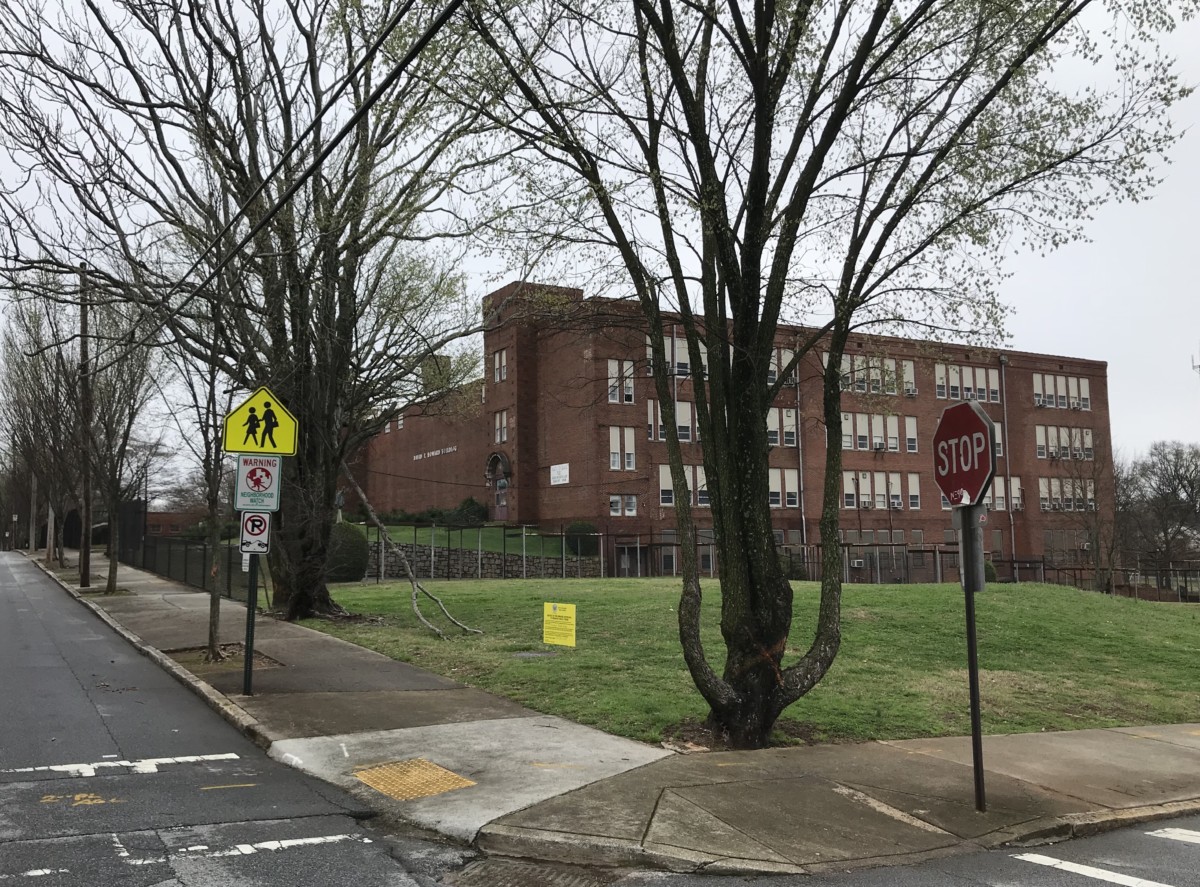 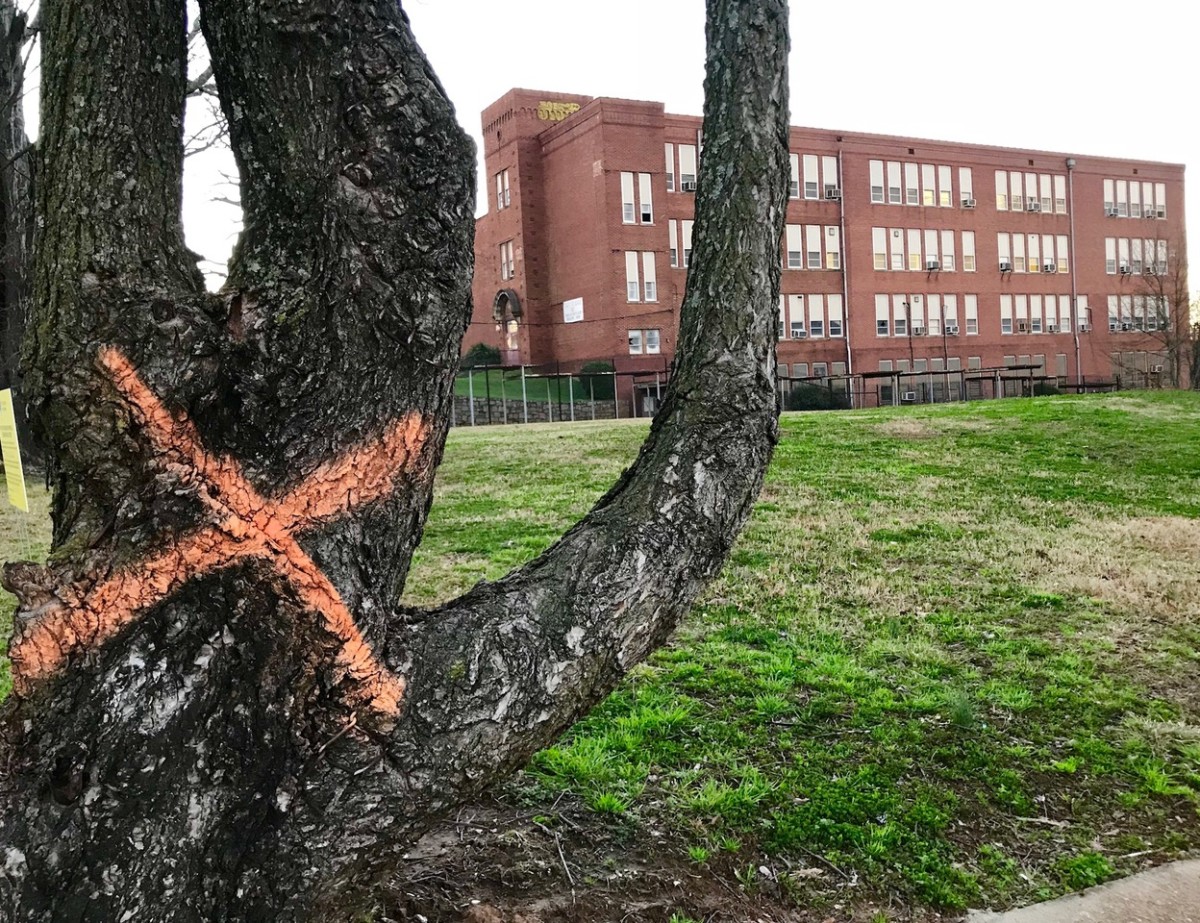 Another mature tree slated to be cut down at David T. Howard (Photo by Kelly Jordan) 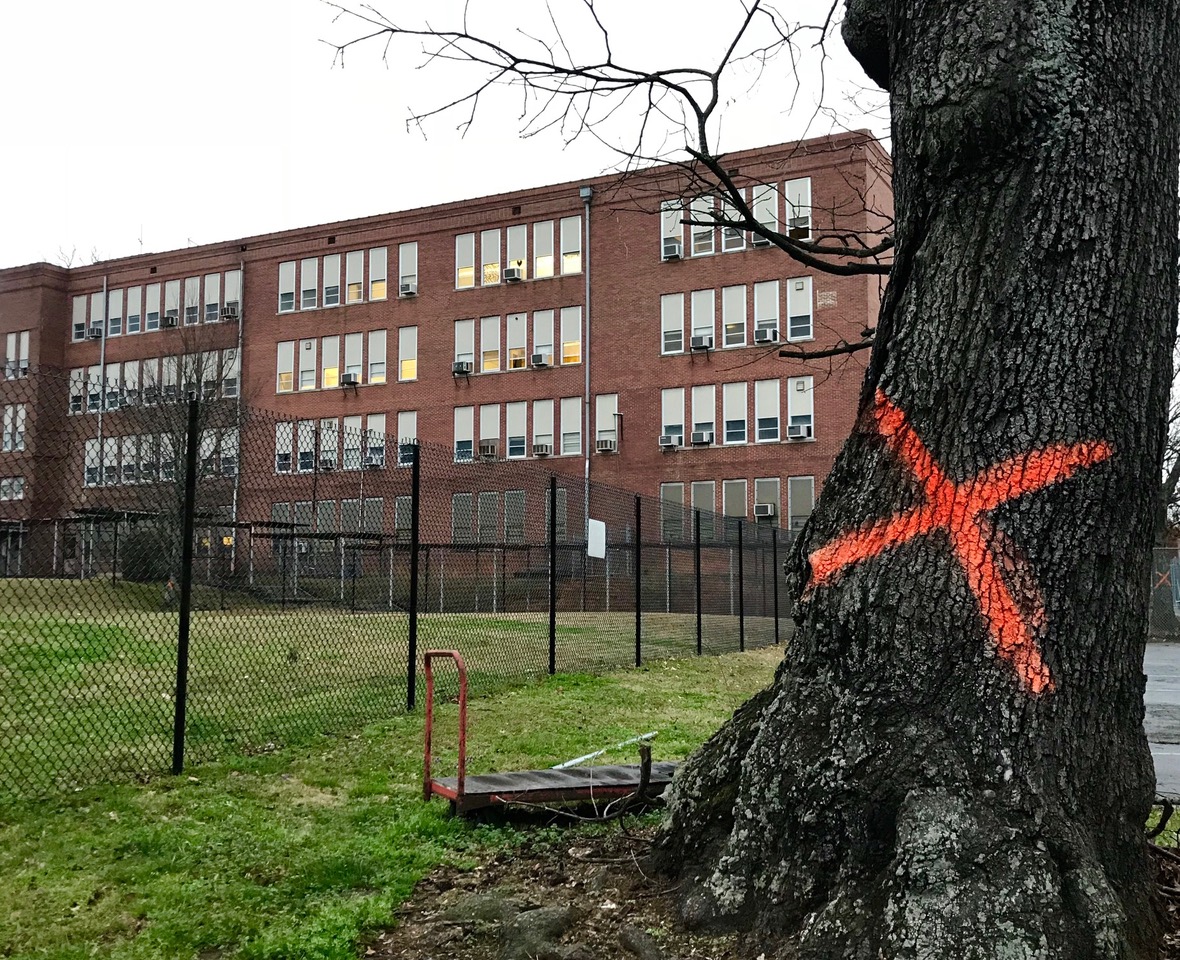 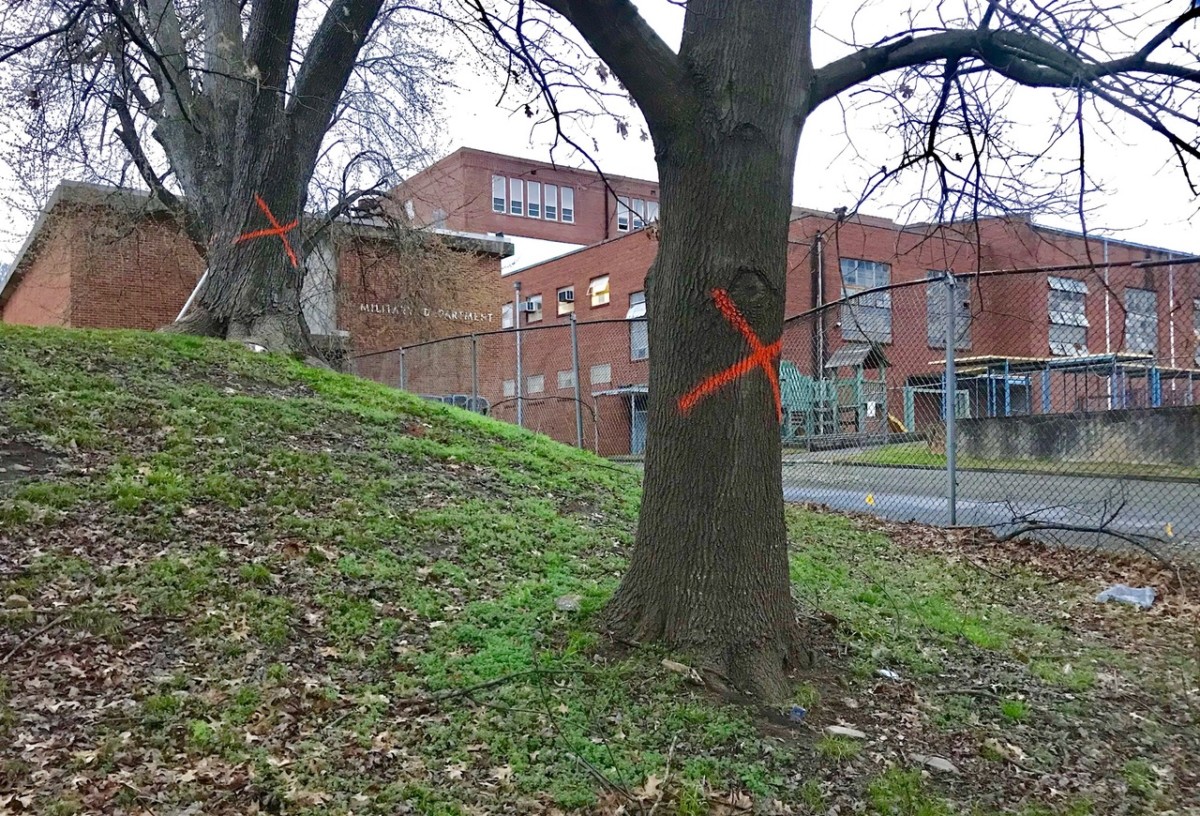 A 1924 rendering of the auditorium at David T. Howard School that was never built (Special: Atlanta Public Schools)