Architectural groups urge GSU to save the Bell Building 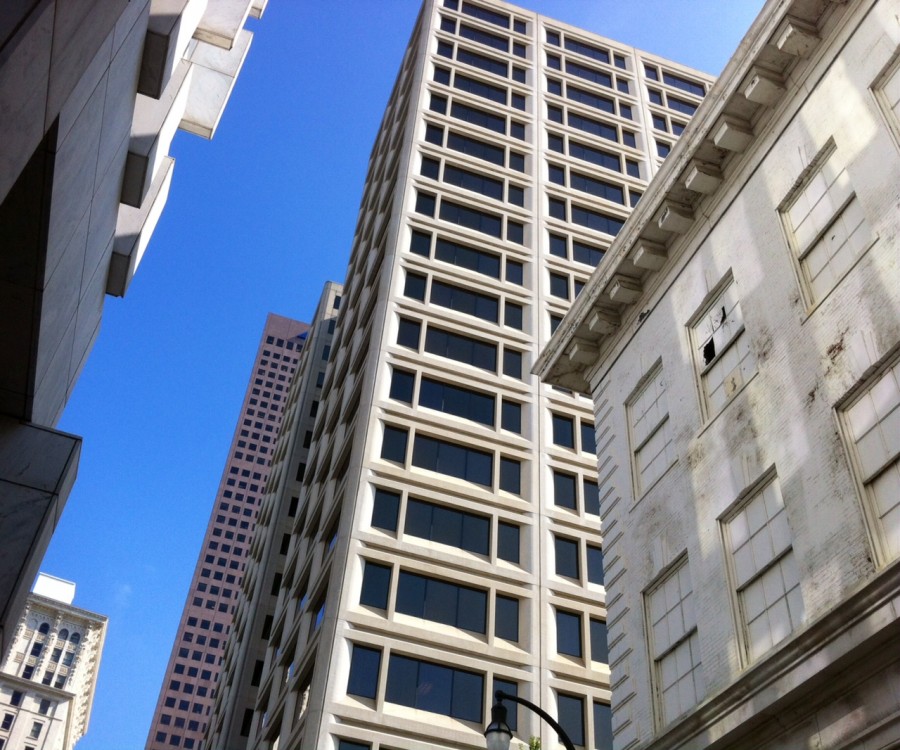 The campaign to save the Bell Building in the heart of downtown is gaining steam. 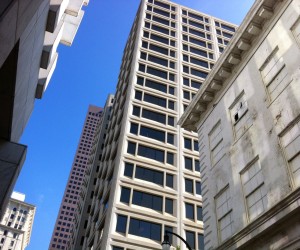 GSU has disclosed plans to demolish the historic Bell Building and replace it with a surface parking lot. It has received a significant grant from the Robert W. Woodruff Foundation to transform several buildings on that block – including the creation of a new multimedia center across from Woodruff Park.

“On behalf of the 2,100 members of our organization, we ask you to reconsider the GSU Foundation’s plans to demolish the Bell Building,” the letter stated. “AIA Atlanta and AIA Georgia are ready to stand with you and the GSU community in exploring options for the preservation of the Bell Building before the decision to demolish this structure is finalized.”

The letter was signed by Melody L. Harclerode, 2015 president of AIA Atlanta; and Gregory Walker, president of AIA Georgia. Ferrer currently serves as president of the Georgia State University Alumni Association; he also serves on the GSU Foundation and on the board of advisors for the GSU Robinson College of Business. Lastly, Ferrer holds a bachelors degree in business administration GSU.

According to the leaders of our local AIA chapters, the Bell Building holds great significance in the evolution of Atlanta. 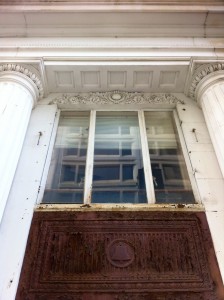 Entrance of the historic Bell Building

“This historic structure from the Southern Bell Company holds the distinction as the oldest telephone-related building in the City of Atlanta with construction over two phases in 1907 and 1922,” the architects wrote. “The Bell Building epitomizes Atlanta as a longtime telecommunications leader in the South. Partially designed by Atlanta architect Thornton Marye, the building housed ‘machine-switching’ technology introducing the local residents to the one-time revolutionary sound of a dial tone. While cutting-edge technology has evolved over the decades, the Bell Building remains a timeless beauty showcasing rhythm, charm, and a contextual scale to nearby properties along Auburn Avenue.”

The architects also said they have admired GSU’s physical expansion into underutilized buidings, such as 1 Park Place and the former Atlanta Life Building as well as the thoughtful way it has addressed new construction.

“The AIA has long supported the reuse and revitalization of buildings with cultural significance in the city, such as the Flatiron Building and the Ellis Hotel,” the letter stated. “We believe that the Bell Building meets those criteria.” 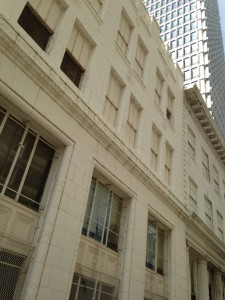 Another view of the Bell Building

The AIA Chapters also offered their expertise and suggested holding a one-day charette to discuss and explore possible ideas to save the building.

“We are prepared to handle the planning of this event,” the letter stated. “A sustainable approach that conserves the Bell Building, while accomplishing the overall objectives of the University, will give a new generation of GSU students, faculty, and administration the opportunity to use and enjoy this historic landmark.”

Copies of the letter were sent to GSU President Mark Becker and Hank Huckaby, chancellor of Georgia’s Board of Regents.

The letter to Brad Ferrer was sent earlier this week.

“We have not heard back from Mr. Ferrer yet, and we will follow up with him next week if necessary,” said David Southerland, executive director of AIA Georgia. “But we sincerely hope that the architecture community is given the opportunity to assist GSU in this matter and find a solution that works better for everyone than simply demolishing a classic building.”

The AIA letter follows a Change.org campaign that is underway to “Save the Bell Building.” The online petition had 2,025 signatures as of Thursday night as well as more than 100 comments – all asking the powers that be to Save the Bell. 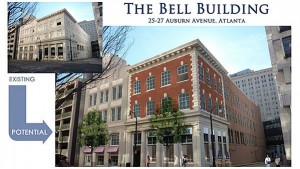 “Old structures like this add authenticity to city streets — something that has been lost in much of Downtown Atlanta due to rampant demolition over the years,” the petition read. “We can’t afford to lose anymore.”

The petition goes on to state that “there is potential here for an adaptive reuse project that would compliment other projects nearby such as the Atlanta Daily World building (once slated for demolition, now apartments and shops), the Flatiron Building (currently undergoing renovation), the Candler Building (set to become either hotel or residences), and the Olympia Building (undergoing a major restoration project, to become a Walgreens).”

In closing, the petition recognized that there appears to be a pro-preservation movement underway.

“The current trend of giving new life to Downtown Atlanta’s precious remaining old buildings– and of cherishing the authenticity they provide to the city’s historic center – should be continued with the Bell Building. Let GSU know that we want this one saved, not destroyed!”