As more people move to the City of Atlanta, having quality parks is key 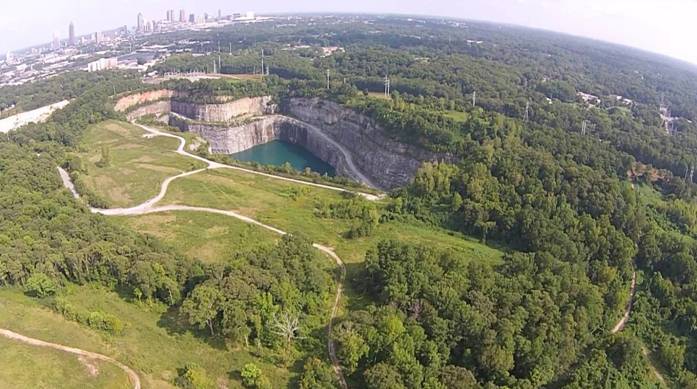 In route to a plenary session at Park Pride’s annual conference, I passed a small, Midtown residential building located a short walk from Piedmont Park with units starting at $750,000 – a pretty penny for a townhome.

It seemed an appropriate sighting as I headed to a plenary session: Just Green Enough: Contesting Environmental Gentrification. The focus was on the natural challenges of sustainable, equitable development.

Look no further than Atlanta’s Emerald Necklace that, other than the region’s latent interest in developing near transit, has single-handedly boosted the city’s real estate market.

This debate has picked up steam across the country as land-use patterns shift towards denser environments. Atlanta has the BeltLine; Chicago – the 606; New York City – the Highline.

At the border of Brookyln and Queens is Newtown Creek, a watershed remediation project that covers the site of the Greenpoint Oil Spill, which resulted in a paltry $25 million fine. Even so, a developer has plans to build three waterfront, mixed-use, high-rise buildings with sweeping views of Manhattan on the industrial site. 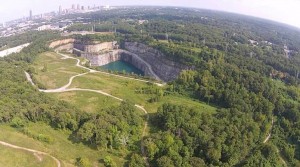 Presently, the creek receives nearly three billion gallons of raw sewage and polluted storm water, according to the Newtown Creek Alliance. Some call it a constellation of toxicity.

Rezoning and recreating industrial, mixed-use development requires us to think how we do green differently, remarked DePaul University Professor Winifred Curran. Speaking to an attentive audience with their backs to the lush grounds of the Atlanta Botanical Gardens, she warned residents shouldn’t have to choose between jobs or clean air, affordability or clean water and recommended community benefits agreements as a solution to equity concerns.

Atlanta’s own Newtown Creek could easily be the Bellwood Quarry, seen in “The Hunger Games” and “The Walking Dead.” Or it could be Proctor Creek.

A 2012 study from the Georgia Tech Enterprise Innovation Institute outlined 1.3 million square feet of land, all located within a half-mile of MARTA rail stations and the BeltLine that would be ideal for the integration of light industry and mixed-use urban development.

Bankhead, Garnett, H.E. Holmes, King Memorial and West End all have thousands of square feet of vacant or underutilized land near the transit stations. These neighborhoods could become a model for housing diverse industries and individuals.

And, they could encourage the city to promote the maker economy, whether it is artisan items or large-scale manufacturing.

If Atlanta’s real estate market continues to rebound at this incredibly fast rate, it’s only a matter of time before the projects move from paper to poles in the ground.

Let’s get all the pieces right now to protect and strengthen the ecological and human aspects of these vital projects .

Previous Article
Shining a spotlight on our Civil Rights history; hoping to preserve our precious past
Next Article
Parks can ignite growth in cities