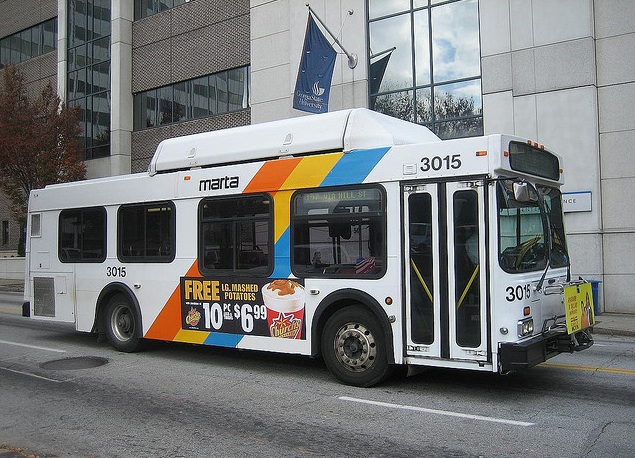 As someone who regularly takes public transit, I fail to realize how stressful it is to commute by car. This weekend served as an unfortunate reminder.

Not because of the person who failed to use signal lights when changing lanes – but rather the inordinate amount of time it took to get from point A to point B.

To be sure, the improved temperature was a factor on the Interstate and roadway congestion. But it wasn’t the primary factor.

From downtown to Midtown to Buckhead and beyond, construction cranes are like kiwi seeds across the region’s core; it’s impossible to avoid them.

Our core is becoming denser, in land use and in population, resulting in more cars on the road and a greater urgency to maintain existing infrastructure while building new transportation facilities.

While sitting in bumper-to-bumper traffic on Peachtree, I couldn’t help but wonder what the traffic patterns would like had the region invested in more transit options years ago.

Gridlock has become a testament to our success.

Every executive-level elected official in Georgia is beating the pavement and knocking on doors, selling the idea of life in the Peach State to every major corporation, innovating tech firm and growing manufacturer who’ll listen. As they should.

The universal rule of sales is “always be selling.”

Unfortunately, in the excitement of announcing one corporate relocation after another and welcoming thousands of new residents and visitors, Georgia’s elected officials have forgotten to sell to the people already here.

To be clear, we have a product to sell – numerous critical transportation infrastructure projects across the state that once open, would be a noticeable source of traffic relief.

Instead, we’ve let congestion become the norm even while it appears to worsen year after year. Our infrastructure needs aren’t going away, no matter how long we ignore them.

One would think members of the General Assembly use some invisible transport portal, allowing them to avoid traffic snarls. Teetering on the rope, it appears House Bill 170 has landed on its feet once again after today’s legislative session and, surprisingly, includes the removal of a tax break for one of the largest employers in the region, if not the state. It’s a bold move that will generate millions of dollars for air transportation improvements.

Last year, the General Assembly voted to allow Clayton County to decide its transit future. In two weeks, the county will see MARTA buses driving down Clayton’s streets and connecting residents to Fulton and DeKalb counties.

Another bold move – draft similar bills for the region’s core counties to vote on their transit future as their elected officials and residents desire to approach transit.

Rather than gridlock, let’s let bold leadership become a testament to our success.