AS SCENE ON CAMPUS – Find out why Emory has become a hot destination for filming movies and TV shows, from Netflix’s Stranger Things to entries in the Marvel Cinematic Universe.

In the Netflix TV series Stranger Things, few sights elicit shudders from viewers more than the foreboding presence of the Hawkins National Laboratory. Not only is this edifice of elemental evil home to the unspeakable experiments performed on the show’s Eggo-loving protagonist Eleven, but it’s also a portal to the malevolent Upside Down—a dark mirror world whose creatures terrorize the sci-fi show’s scrappy band of young heroes. 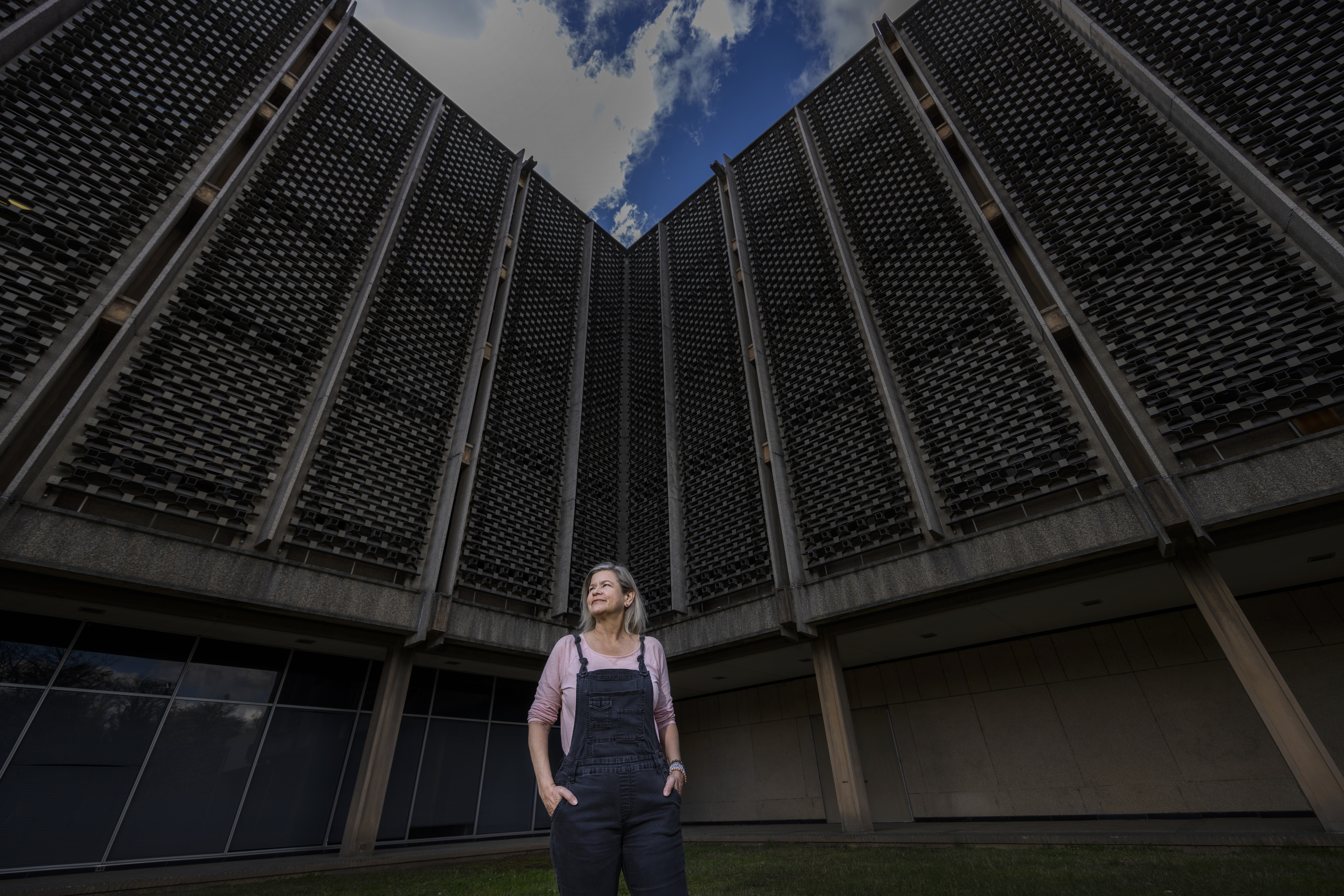 In real life, however, the Hawkins Lab is simply an old academic building—Building A, to be exact, located on Emory University’s Briarcliff Campus. Erected in the 1960s in the brutalist architecture style—a showcase of concrete, steel, and glass—it was originally used as a mental health treatment facility before being purchased by the university decades later. Today, it’s a mostly empty, five-story complex filled with vacant offices, lobbies, conference rooms, auditoriums, and lab and clinical spaces. If that weren’t enough, Building A’s labyrinthian underground tunnels and eldritch elevators help Stranger Things achieve its creepy, Netherworldly vibes.

It’s no wonder why movie and TV productions hold the location in such high demand. “I had a production designer once refer to Building A as an exoskeleton that’s perfect for making it into just about any kind of institutional setting they need—from a bustling hospital to a sedate bank lobby to a nondescript government office,” says Denise Chandler, head of film production management for Emory. “And the building’s interiors are so varied you can shoot a number of scenes right next to each other and they’ll look like they’ve been filmed at completely different locations.”

The productions for Hidden Figures and First Man used Emory’s Briarcliff Campus to double as 1960s-era NASA control rooms and offices. Netflix’s Ozark briefly transformed a space into a modern-day mental institution, while Disney’s WandaVision turned a courtyard into an autopsy theater for a fallen superhero. “Film crews just love the look of the main building and its surrounding facilities, and they love that the interiors can be adapted into just about anything they might need,” Chandler says.

But Building A isn’t the only draw at Emory—including its Oxford Campus—to attract Hollywood and indie productions. With the state of Georgia now one of the nation’s top filming hubs, the university has become a popular locale for shooting movies and TV series of all types. In fact, a wide variety of Emory locations have been featured in dozens of productions over the past decade. 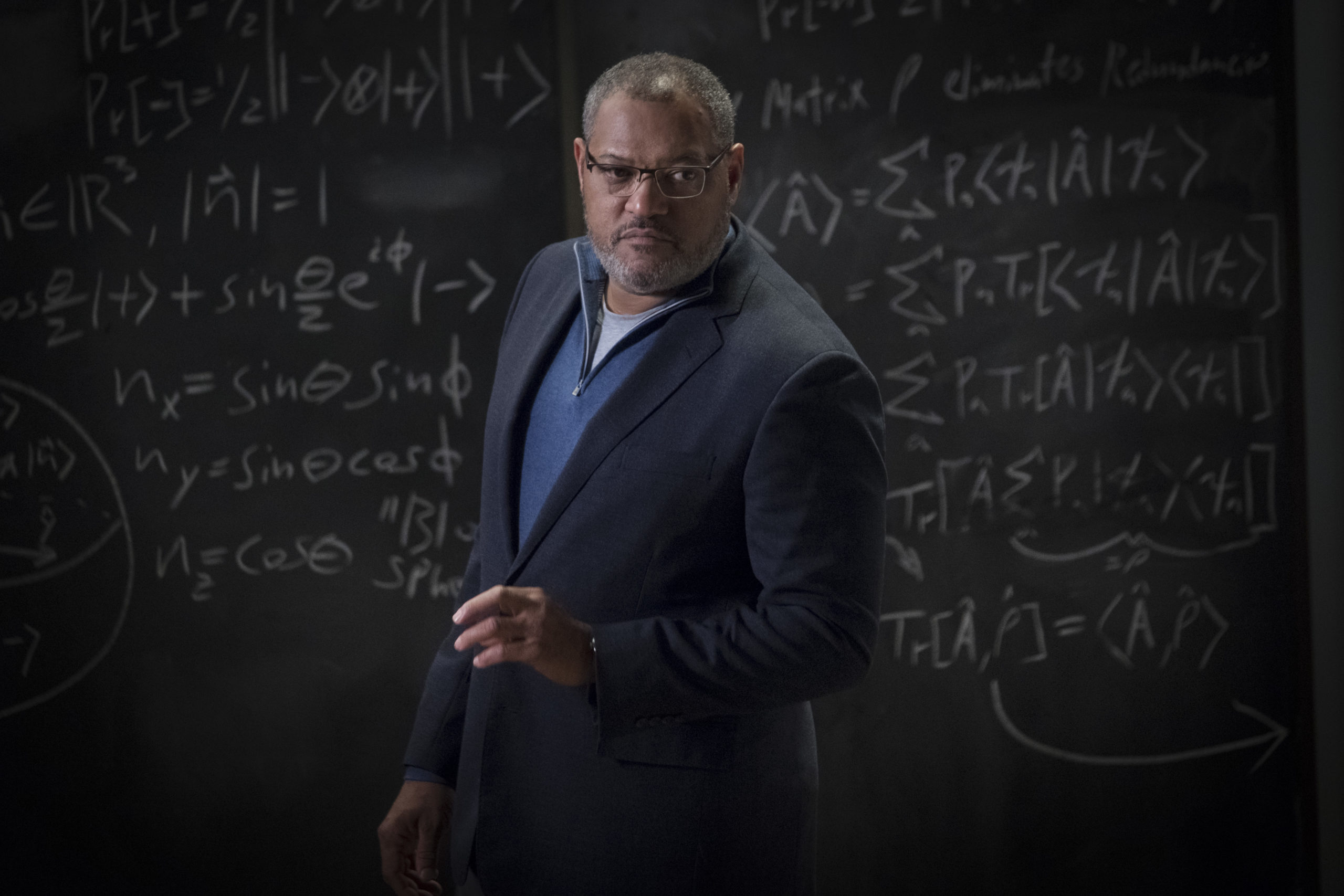 “Emory just has a beautiful campus—our landscape is visually striking and evokes that ideal collegiate feeling,” Chandler says. “Also, the university features a number of different architectural styles that give filming crews a lot of options. We can imitate Germany, we can imitate California, we can even imitate a colony in space.”

What Chandler herself will never imitate, however, is being a big fan of movies and TV shows. She freely admits she’d much rather curl up with a good book. On top of that, she’s rather indifferent to the cult of celebrity and outsized personalities that might step foot on campus for a film production.

“A scout might say in passing that, you know, someone like Ryan Reynolds is in the movie, and I wouldn’t be impressed,” Chandler says. “I don’t care if a production is packed with A-list talent or a bunch of unknown, up-and-coming filmmakers. What I do care about is what they want to shoot and what we’ll need to do on our end to make it happen.”

All of this makes her perfect for the job, which she’s been working at full time since the end of 2015.

“And what I do find very interesting about my work, and about these productions, is how they can come to campus and completely transform a location overnight,” Chandler says, “then almost just as quick, film their scenes and move on. It’s an amazing feat of logistics and know-how, and it’s exciting to be part of that.”

The process starts when a film location scout reaches out to Chandler. “Often they know the spot on campus that they want to consider for a shoot, but sometimes they’re not quite sure,” she says. “They might just generally need a classroom or auditorium, and then I go through the specs on what’s available and they can decide whether or not they want to visit.”

But the far bigger consideration is the timing, which is dependent on the academic calendar.

“The timing has to work or it’s a definite no-go,” Chandler says. “During the school year, most places on campus are off limits for filming. It’s my job to protect Emory and the community from major disruptions of studying and teaching and research and other work. And I can tell you, these productions are very disruptive. They have a huge footprint. Major ones will bring in at least a hundred people with all their associated gear—and a great sense of urgency.”

When these crews come to film, Chandler says, they expect to take over a space completely and for whatever duration they have it scheduled. “They usually need at least a day to prep the space and build their sets, and then a day to shoot, and finally a day to strike (and restore) the space,” she says. “So it’s generally a minimum of three days they need, and trying to find three days of uninterrupted time that works for both them and the campus can be quite tricky. We try to book these productions on long weekends and during class breaks. Of course, summer is most ideal.”

That’s part of the reason why Briarcliff is so popular for filming. It’s not just visually appealing and versatile—it’s usually empty and available.

After the scouting process ends, and the film crew decides to use a specific Emory location, Chandler starts to plan the logistics—starting with getting approval from whichever university department normally uses the facility. “Say, if a production wants to film in White Hall—which is the second most requested location on campus—then I have to check with Emory College to make sure the space and the dates are OK,” she says.

“Once the thumbs up is given from those who will be most affected, then there’s usually a back-and-forth with the designers about what they can do to the location,” Chandler says. “Can they paint a wall as long as they repaint it back to its original state? Can they use an adjoining classroom to store equipment? Are they allowed to use atmospheric smoke, and if so, can we have facilities staff members available to turn off the fire alarm? We iron out all those types of details.”

Chandler says during these negotiations she finds herself having to say “No” to the crew’s requests. “Because they’re going to push you and ask for the moon, and my job is to push back and tell them what they can and can’t do,” she says.

Even though most productions typically only shoot for a few days on campus, those days are often long—one time Chandler stayed on set a whopping twenty-two hours. She has to chaperone them the entire time. “I have to be there to make sure the film crews are getting what they want from the shoot, but without damaging Emory property or causing any major disruptions to the university’s core mission.”

Sometimes, during those lengthy shoots, she witnessed true movie-making magic. “I’m not that much of a fan girl, but I got a chance to watch Clint Eastwood direct a scene for his movie The Mule,” Chandler says. “I was in awe to see him work so quickly and efficiently, capturing a scene in just a couple takes and then moving on. I’ve watched some directors do take after take after take—for hours at a time. Eastwood’s work behind the camera did impress me.”

Unfortunately, students don’t get such a close-up look at the filming process as often as Chandler would like. “For the most part, the shoots are kept very private, and they put up barriers to dissuade onlookers,” she says. But there have been a few instances—such as Ant-Man and the Wasp—where students got a chance to be extras. And there were a couple film students who got to shadow some of the production of the 24: Legacy TV show a few years back.”

Still, sometimes the will of the students can’t be denied. “In 2017, during the filming of an indie movie called Gifted, somebody found out that movie star Chris Evans was on campus,” Chandler says.

“One of the students apparently tweeted that none other than Captain America was inside White Hall. Soon a couple hundred students gathered outside to see if they could catch a glimpse of him. Some faculty and staff members got mad, but there was nothing we could do about it,” she says. “I mean, students will be students.”