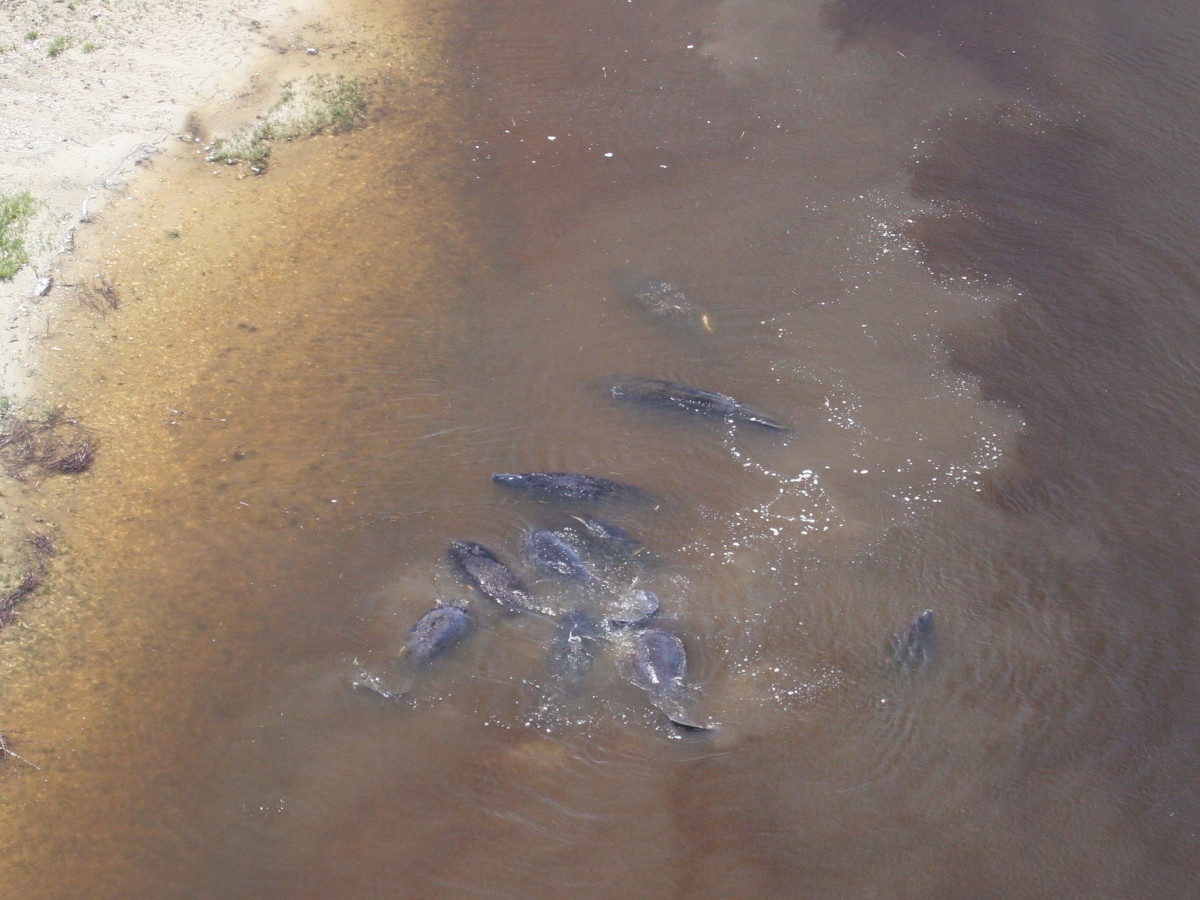 Georgia’s coast is experiencing the annual return of three types of visitors, prompting state wildlife officials to encourage humans to exercise caution to avoid harming the other two species – sea turtles and manatees.

Sea turtles are starting their migration to Georgia’s coast to lay eggs. Manatees are returning to graze on abundant marsh grass and other aquatic vegetation, according to a statement from Georgia’s Wildlife Resources Division of the Department of Natural Resources.

Both species are in danger of being struck by boats, a threat that increases as vacationers return to the coast.

Boat strikes are a leading cause of injuries to sea turtles and manatees, according to the statement. Both manatees and all species of sea turtles found in Georgia are protected by state and federal laws.

The very nature of sea turtles and manatees make them vulnerable to boat strikes. They’re large, they’re slow, and they’re hard to spot – especially from a vessel traveling at speed.

They also have their own unique quirks.

Manatees, for instance, are known to gather in groups to socialize and select a mate. These mating herds can involve more than 20 manatees. And females may opt to leave the herd and head for shallow water, according to wildlife biologist Clay George. 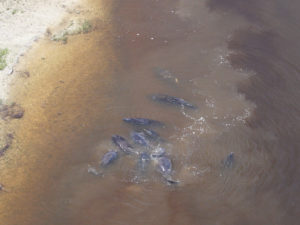 Manatees prefer warm water and spend time in Georgia from April to October and swim through all tidal waters. Some have already begun arriving from their winter homes in Florida.

“We’ve had numerous sightings in the Brunswick area already, and water temperatures are warm enough for manatees coastwide,” George said. “They could be anywhere from St. Marys to Savannah at this point. Boaters should be aware.”

Sea turtles, like manatees, are found on both sides of barrier islands, not just on the ocean side where they come ashore to lay eggs.

“They occur everywhere, not just in the ocean,” said Mark Dodd, the coordinator of Georgia’s sea turtle program. “They’re in the sounds, the estuaries, the tidal creeks.”

As of midday Friday, 34 stranded sea turtles had been reported, according to the sea turtle page on the state’s website.

DNR provided recommendations on what boaters should do if they strike a sea turtle or manatee, and a set of common sense tips on how to avoid striking one of the creatures.

Boaters will not be charged with a violation if they were operating their boat responsibly and the collision was an accident, according to the statement. 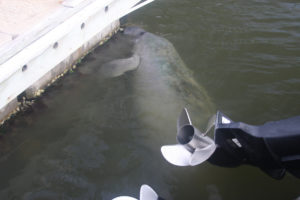 Because manatees lounge under boats, Georgia wildlife officials caution boaters to check around their vessel for a manatee before they start the boat’s engines. Credit: Georgia Wildlife Resources Division

If a boat strikes a sea turtle or manatees, DNR advises the operator to stop the vessel, stay near the animal, and call the DNR at 800-2-SAVE-ME (800-272-8363). This provides biologists the best chance to help these animals and gather data useful in conserving them, according to the statement.

In addition, if a boater sees or photographs a healthy, injured or dead manatee, the DNR asks the boater to call the same number to report the date, time, location and number of manatees sighted, as wwell as the coordinates, if possible.

Regarding sea turtles, they are more difficult to spot because they show their head only when they surface. They tend to spend more time on the surface in the spring.

To avoid striking a creature, DNR recommends checking the area around the boat before starting the motor, keep a good watch and be prepared to slow down or change course if a creature is spotted in the path of the boat.

More information about the state’s sea turtle recovery program, including updated reports on sea turtle strandings, is available on this page of DNR’s website.