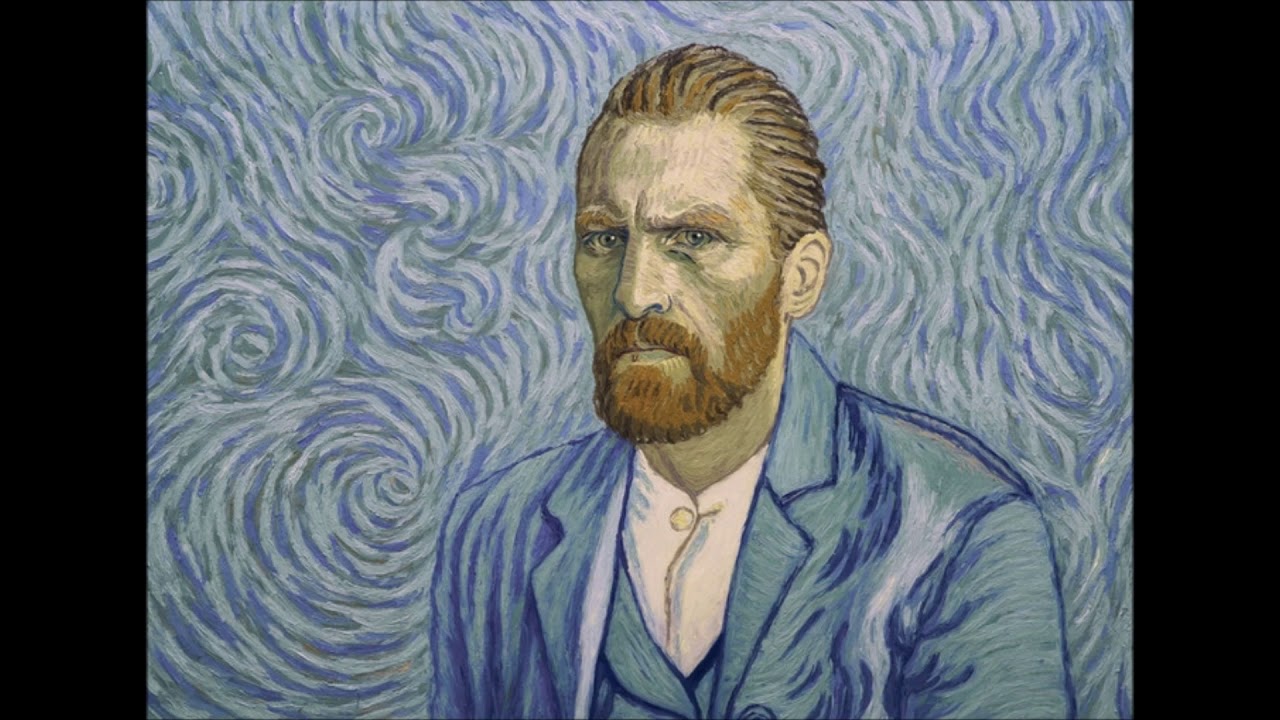 Allow me to share where I’m coming from as I write about “At Eternity’s Gate,” Julian Schnabel’s wildly uneven, ultimately brilliant film about Vincent Van Gogh. 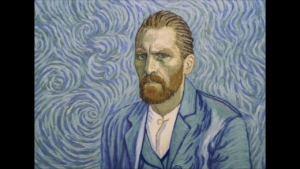 So I might be more inclined to stick with Schnabel’s demanding picture than you are.

Based on a compendium of the 19th-century artist’s letters, agreed-upon actual events (exhibitions, insane asylum stays, etc.), hearsay and whatever-the-hell occurred to Schnabel, the movie is, in its way, as difficult as its protagonist.

It begins in Paris with a failed show of his work.  Disillusioned, Van Gogh (Willem Dafoe) heads for the country, to Arles where he hopes to find “new light.”

He does. And in just 80 days, he creates 75 paintings, many of them among the most celebrated and beloved in the world. He also cuts off his ear, spends time in a loony bin or two, may or may not rape a farm girl, and ultimately dies of a gunshot wound to his stomach (the film’s version is a controversial one that dismisses the commonly held theory that Van Gogh committed suicide)

Initially, the movie all but dares us to stay with it. It’s slow and often shot, a la “The Blair Witch Project,” with an intrusive, jittery handheld camera. A lot of time is spent watching Van Gogh march through fields, his easel strapped to his back like a hair shirt.

His only human contact, aside from his devoted brother (Rupert Friend) who is committed to trying to sell Vincent’s work, is his fellow artist, the flamboyant and self-assured Paul Gauguin (wonderfully played by Oscar Isaac). Theirs is an unspoken but persistent rivalry, with, perhaps, some homoerotic undertones. Gauguin is relentless in his criticism, telling Van Gogh he “overpaints” and that his work is “more like sculpture.”

Yet when Gauguin leaves Arles, Van Gogh is despondent.  As Schnabel has it, it’s Gauguin’s departure that caused Van Gogh to cut off his ear (Thankfully, the act itself isn’t shown, just a severed ear wrapped in a piece of paper that reads “Remember Me.”) 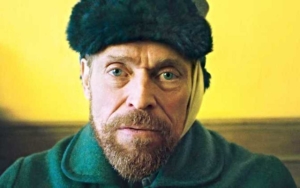 Willem Dafoe as Van Gogh in “At Eternity’s Gate”

“At Eternity’s Gate” is about Van Gogh in particular, but it’s also about what it means to be an artist in general. On the one hand, Van Gogh wants to be like other people: to go to a tavern, laugh with friends, make a sketch or two, maybe catch a pretty woman’s smile.

On the other, he can’t help seeing what he sees. “When I face a flat landscape, I see nothing but eternity,” he admits. “Am I the only one to see it?”

It would take an extraordinary actor to face all the risks inherent in this portrait of the artist as an isolated and perhaps mad young-ish man.

Dafoe, who has played everyone from Jesus Christ (“The Last Temptation of Christ”) to Spider-Man’s nemesis, The Green Goblin, is that actor. As the year winds down, I’d say he’s on the short list of Oscar’s Best Actors. And deservedly so.