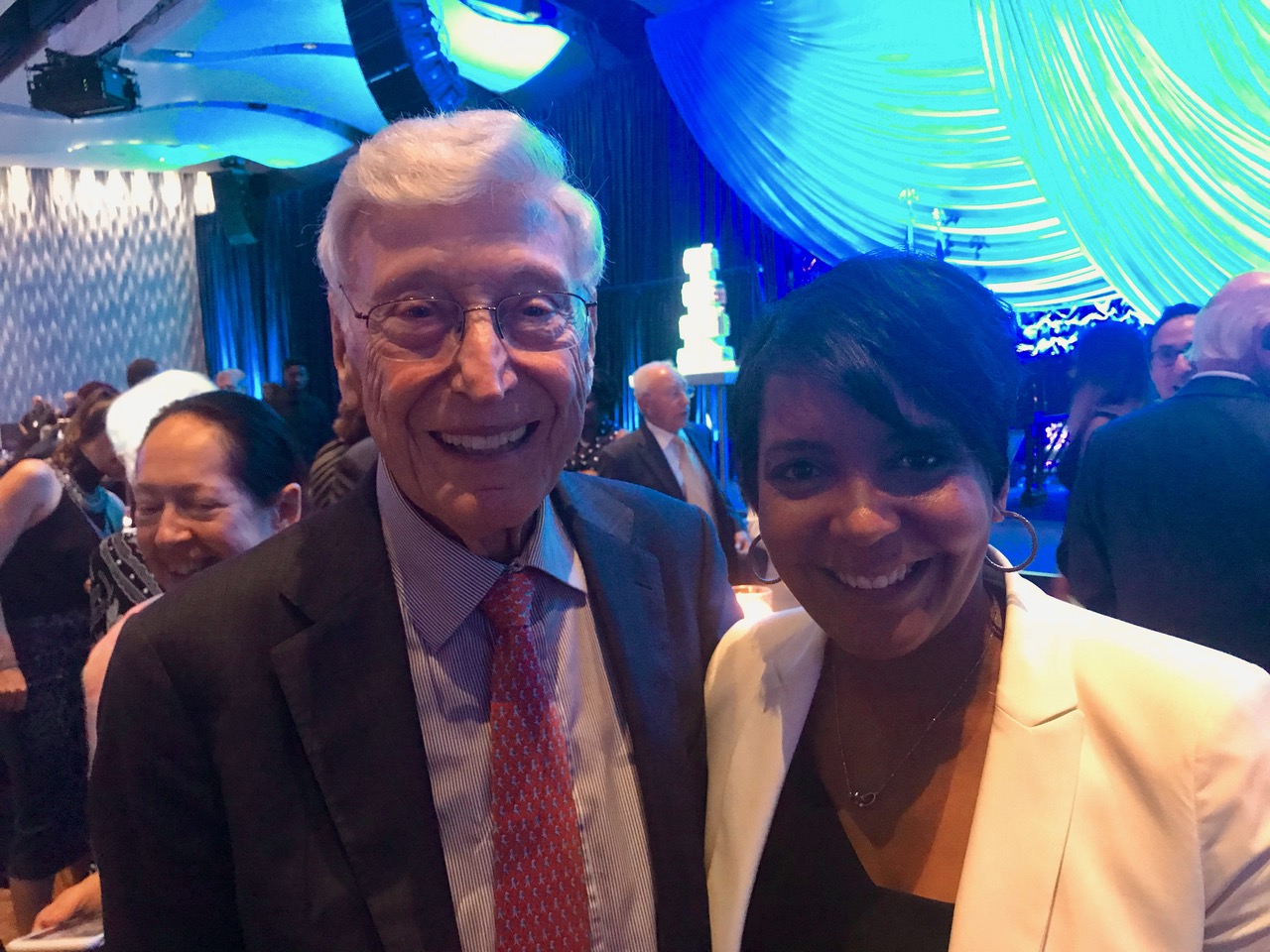 The co-founder of The Home Depot Inc.  was feted by his fellow co-founders – Arthur Blank and Ken Langone – as well as the top business, civic and government leaders in Georgia.

Even President Donald Trump made an appearance via a special video with a personal message to Marcus thanking him for his advice and friendship over the years and expressing disappointment that he couldn’t be there in person to wish him happy birthday.

Marcus turned 90 on May 12, a perfect occasion to thank him for his many significant philanthropic contributions over several decades.

The dinner took place in the Georgia Aquarium, which Marcus gave the community in appreciation for all Atlanta and the state has done to help make Home Depot successful. The Aquarium was one of the four key beneficiaries of the evening’s proceeds. 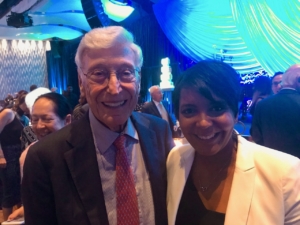 Blank, who was keynote speaker to give a live tribute to Marcus, said his former partner was a “pseudo father, brother and rabbi” during the decades that they were in business together.

“We shared the same bathroom for 40 years,” Blank said. “That’s longer than any of my marriages lasted.”

Blank then said he was making a grant of $5 million to the Shepherd Center’s “Share Military Initiative” that supports the health needs of post 9/11 veterans in honor of Marcus’ birthday.

But that wasn’t all. Blank also announced that he was making a $15 million gift to the Avalon Fund – nearly matching a $20 million contribution Marcus had made. The Avalon Fund supports the University of Colorado’s Marcus Institute for Brain Health, started in 2017, uses both traditional and innovative methods to evaluate and treat veterans with traumatic brain injuries and related psychological conditions. 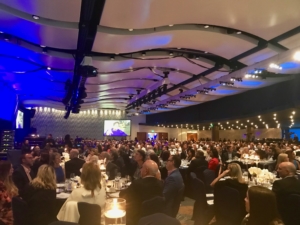 “In Bernie’s Honor” dinner at the Georgia Aquarium on June 9, 2019 (Photo by Maria Saporta)

Marcus was visibly moved by the show of appreciation by Atlanta and Georgia’s top leaders for his milestone birthday.

“It’s unbelievable,” Marcus said. “I’ve never heard of anything like this before. This is amazing.”

In fact, Marcus said President Trump told him: “Nobody ever does that.” To which Marcus replied: “In Atlanta, they do.”

The four major beneficiaries of the event’s proceeds were: the Georgia Aquarium, the Share Military Initiative at the Shepherd Center, the Marcus Stroke and Neuroscience Center at Grady Health Systems and the Marcus Autism Center at Children’s Healthcare of Atlanta.

The honorary co-chairs of the event were Arthur Blank, Mayor Bottoms, Gov. Kemp and Ken Langone.

Joselyn Baker to become new CEO of Grady Health Foundation
Maria Saporta November 13, 2018 10:18 am
In giving back, businesses should ask: What Would Bernie Do?
SaportaReport May 21, 2018 4:44 pm