How would you define the culinary culture of the South?

A section committee comprised of airport executives will make this determination this summer when it recommends the hiring of companies to reshape the multi-billion-dollar food and beverage concession business at Atlanta’s airport.

Atlanta Mayor Kasim Reed and the Atlanta City Council will make the final determination of what constitutes Southern food when they approve concessions contracts that will last at least a decade.

Winning a contract will require a lot more than just coming up with food associated with the South.

In fact, the food concept represents just 20 percent of the overall grade in the formula the selection team will use. The other five factors in the grading system include:

Nonetheless, the culinary question is central to the review process. 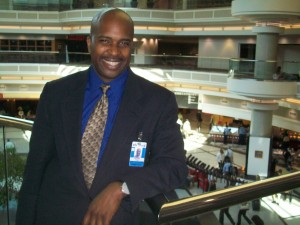 It stems from Atlanta’s decision to require the food and beverage industry to propose concepts that will remind passengers they are in the South, according to Paul Brown, concessions director at Hartsfield Jackson Atlanta International Airport.

“What we’ve challenged the industry to do is create a sense of place, a sense of being in Atlanta, in the state of Georgia, in the Southeast region,” Brown said.

Exactly what is this Southern cuisine the companies are expected to represent to the traveling public?

If it’s more than a banner, what is it?

Brown said he doesn’t have the answer. Instead, the definition will become evident once the review committee selects winning ideas from the various proposals presented by the concessions industry.

Nick Schaefer hopes his company has some ideas that will be selected.

Schaefer is vice president of Delaware North, a prime operator of food and beverage concessions at major tourist attractions including the Grand Canyon and Kennedy Space Center; sports venues including the New Meadowlands Stadium; and airports including Los Angeles International.

The job of prime operators like Delaware North is to assemble teams of sub-operators who will actually run the establishments. Several primes are looking at Atlanta’s concessions opportunities.

Schaefer said Atlanta’s focus on food that’s representative of the region fits into an emerging pattern at airports around the country. LAX had similar requirements for regionally identifiable food.

Here’s how Schaefer described the “Gateway Concept” that Delaware North devised a decade ago to create a team of storefronts that deliver regionally recognizable foods. The process he describes hints at how the industry may come to define Southern cuisine:

One thing seems certain: The Southern cuisine that will be served up at Atlanta’s airport will be vastly different from what composer Andy Razaf described in his famous lyrics from his song:

Won’t you come with me to Alabamy

Now there you can make no mistakey

Where those nerves are never shaky

Ought to taste her layer cakey

Basement full of those berry jams

You can eat as much as you please

‘Cause it’s never out of season